With the fall in oil and gas prices through the earlier part of this year, coupled with the impact of the Covid-19 pandemic, hydrocarbon projects underway and planned across the African continent have come under immense scrutiny about their viability as a number are under immense pressure because of range of issues – economic, social, climatic and security, to name a few. And, for Mozambique, which is investing its future in its gas sector, the current situation is arguably more intense than in other markets pushing the gas route to economic liberation.

Back in 2017 Mozambique had immense success with the export credit agency (ECA) multisource financing of the overall $8.6 billion Coral South FLNG project. Now, the country has two much bigger projects LNG projects – Mozambique LNG led by Total and Rovuma LNG led by ExxonMobil - pushing along, but at very different stages of progression, for a variety of reasons.

And it is Mozambique LNG which a couple of weeks ago signed a $14.9 billion senior debt financing package that is a good way ahead of Rovuma LNG. In addition, Mozambique LNG is the largest project financing to date in Africa.

Just how much the success of LNG projects is to the country is emphasised in the latest insight report on Mozambique from business specialist African risk intelligence company EXX Africa, which notes: “Mozambique has been banking on its LNG sector to generate nearly $100 billion in state revenue over 25 years, more than seven times its gross domestic product. However, record low global gas prices, intensifying insecurity, and the onset of the coronavirus have thrown such prospects into question.”

The total cost of the Mozambique LNG project is estimated to be around $24 billion, and includes the development of the offshore Golfinho and Atum gas fields located in the offshore Area 1 concession in the country’s northernmost province of Cabo Delgado. The project also includes the construction of a two-train liquefaction plant with a capacity of 13.1 million tons per annum. Importantly, this is Mozambique’s first onshore LNG development.

Full details of the Mozambique LNG senior financing can be found here.

Mozambique LNG benefits from 11 sales and purchase contracts running from 13 to 20 years and covering 11.14m tpa of production. The international sponsors have also received a $2.25 billion five-year guarantee from the Mozambique government that it will pay state-owned National Hydrocarbon Company (ENH’s) equity share if required (the guarantee is in lieu of an immediate equity contribution from ENH). Despite Mozambique being sub-investment grade, the guarantee adds solidity to the joint and several debt service undertakings for the project during construction. The project financing is expected to reach financial close in the third quarter this year.

Rovuma LNG, which is a joint venture between ExxonMobil and Eni, also has China National Petroleum Corporation (CNPC), Galp, Kogas and ENH on board. It is envisaged as a 15 m tpa two-train project, based on reserves from offshore Area 4. The project is also in the Cabo Delgado province. Overall project costs have been estimated up to $30 billion. Project financing is expected to be largely ECA and DFI- backed, with commercial loans and heavy equity or sponsor loan backing for the overall scheme.

However, in April this year ExxonMobil announced that it would be delaying the final investment decision (FID) until 2021. This was not entirely Covid-19 related. In fact this was somewhat expected as there had been delays on the project advancement last year, when the sponsors wanted to cut costs on the overall project.

Is financing going to be an issue on Rovuma LNG? Much is likely to depend on how the revised project is sized and packaged. Earlier this year TXF ran a news item on how US Exim had initially been expected to be involved in Rovuma as well, but the agency pulled out (details here). Market speculation that this is because of CNPC’s involvement in Rovuma LNG has solid ground given the way US Exim is geared to compete with Chinese-backed projects. Chinese banks including China Exim are all expected to play a leading role in the financing.

In addition, much is likely to depend on what happens with Covid-19 and the oil market and the oil price environment. There are many unknowns. But one thing is for sure, Rovuma LNG also needs the success of Mozambique LNG to pull it along. Mozambique LNG will be developing considerable land facilities for its project – onshore transport and infrastructure that would be in place when the Rovuma LNG project starts. However, both projects are in the province where militant attacks (some reports have linked these to Islamic-state) have escalated in recent months and there is a volatile security situation.

As Robert Besseling, executive director at EXX Africa, comments: “Mozambique LNG [Total] and Rovuma LNG [ExxonMobil] cannot be compared based on the same criteria. Total’s project has already secured the required external financing and the project has supply contracts in place that have not been frustrated by lower global demand for natural gas. In terms of its project finance ‘silo’ structure, Mozambique LNG is very much shielded from any sovereign risks and potential contract risks. On the other hand, ExxonMobil’s project (Rovuma LNG) is far less advanced in its financial structuring and the project’s FID was due to be delayed this year in any case due to mounting concerns over insecurity in northern provinces.”

And looking more expansively on the sovereign risk aspects of dealing with Mozambique, Besseling remarks: “One of the most interesting aspects of how the LNG projects will advance is whether and to what extend the Mozambican government can provide the required funding to participate directly in the gas bonanza. A June $2.25 billion guarantee from the Mozambican government for ENH’s equity share may not be sufficient to calm investors’ nerves given the obvious sovereign risks in a country that remains in default on various obligations.”

He adds: “The only way forward that I can see is a rapprochement with the IMF and a new programme for Mozambique that would fund ENH’s participation. However, such a prospect would remain politically unpalatable given the budget austerity, economic restructuring, and financial transparency conditions such a programme would entail.”

In developed countries we tend to hear very little of some of the regional conflicts taking place in Africa and the Middle East. And we hear absolutely nothing about the most recent militant activities taking place in Mozambique. But it is a very serious situation and one that could have a significant impact on gas field and economic development in the country.

EXX Africa’s recent insight report on Mozambique is entitled: ‘Northern Mozambique in effective state of civil war’. And the sub-header duly notes: ‘A day after the UK government (through UKEF) committed to finance Mozambique’s LNG sector, another daring attack targeting security forces in the gas-rich north of the country indicates that the local insurgency risks spilling over into a full-fledged civil war, unless regional collaboration on counter-insurgency and fresh socio-economic investments are implemented.’

Despite a targeted fight-back by Mozambique security forces and two other military groups employed by the government to fight insurgents, the problem is not going away. And there have been calls for a concerted effort from the SADC to ensure that the northern part of Mozambique is properly secure otherwise the proposed gas projects and the country’s economic future is in serious jeopardy. I strongly urge anyone involved in project finance there to read the on-the-ground intelligence from EXX Africa.

TXF TV: The Libor transition
TXF’s co-founder Dominik Kloiber is joined by Ashley Mcdermott, a partner at Mayer Brown, and Aida Topcagic, VP for global export finance at JP Morgan to outline the complicated issues surrounding the Libor transition set for 2021, and to raise awareness around future Libor replacements.

Taiwanese solar debt out to banks
Chih Kuang Energy – a subsidiary of Tatung – is in talks with both potential equity partners and debt providers for the first 85MW phase in a planned ongoing solar programme in Taiwan.

More details surface on Mozambique LNG
More details have emerged about the $14.9 billion of senior debt recently signed for the $20 billion Mozambique LNG project.
Gunvor SA closes on RCF refinancing
Gunvor SA has signed a $680 million 364-day uncommitted off balance sheet instrument (OBSI) revolving credit on behalf of some of its subsidiaries. Initially launched at $600 million.

Suek sounds out banks
Suek, the Siberian coal company, is out to market to raise funds for general corporate purposes, according to bankers. The news comes despite the higher margins that have dominated the loan market in the wake of the Covid-19 pandemic.

Marubeni secures loan for Taiwan solar project
Marubeni Corporation has secured a loan for a 75MW solar project in Taiwan. Sources close to the deal confirm that the loan is around $120 million, although this has yet to be finalised.
Trafi's annual RCF prices in line with previous year
Trafigura is out to market for its annual revolving credit facility (RCF), with bank commitments due by 28 August. However, some banks have dropped out the deal due to concerns over the drop in oil price earlier this year. 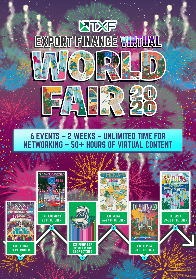