The International Trade and Forfaiting Association (ITFA) is grabbing the digitisation and ESG agenda and TXF talks to Sean Edwards, ITFA’s chair in the runup to the organisation’s 47th annual conference in Bristol in October about how to rebuild bank trade capacity in the current climate.

TXF: What do you see as the most burning issues for trade as we find our way through to recovery? 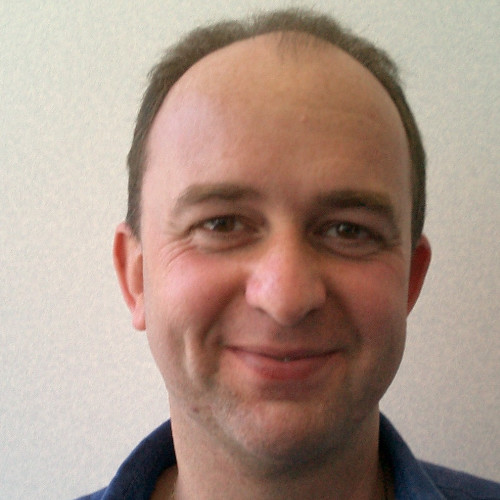 Sean Edwards (SE): Some of the biggest issues are around building up or rebuilding capacity within banks. It’s not been a banking crisis – unlike the global financial crisis – it’s more that bank appetite for trade has been hit. Some areas, such as commodities, are well banked. In the export space there has tended to be a retreat from providing that capacity because of worries about insolvency and levels of business. Building that capacity back up is a challenge. Banks can’t do it by themselves as they have a risk-based appetite for businesses and therefore need trade volumes to recover. These volumes are beginning to pick up quickly in many areas and banks are solvent and liquid, but the next step is to regain confidence to provide capacity to certain customers with question marks over them.

TXF: How can trade finance get digital and green at the same time?

SE: Digitisation is interesting. One of the truisms to emerge recently is that digitisation in trade has been accelerated by the pandemic. On one level that’s true – but it has not happened on a massive scale and there has not been as much progress as some may think. It is not true that banks are becoming digital solely because they needed to work digitally and sign documents digitally because of the pandemic. You need to make a distinction between using certain digital tools and digitising your network but what has certainly happened is that the case for digitisation has been advanced by the pandemic.

There is accelerating interest and investment in platforms and that is the direction we will need to go to have a massive solution for trade digitisation, one that is workable at scale. The bigger platforms such as Marco Polo, Komgo, Contour are becoming more accepted by many banks in different markets.

The problem, however, is that for some of the smaller banks, emerging market banks, those without the resources that the larger banks have to invest in those platforms, are to some extent, bystanders. They have to be brought on board by a mixture of carrot and stick.

SE: That may involve some of the bigger banks actually carrying the financial burden for those smaller banks – for example by providing nodes free of charge. Obviously that also has cost implications for bigger banks, so they will need to make strategic decisions about which banks they will do that for.

It goes back to the capacity building point and to whether we can get the right scale. All banks now are looking at this. But what some of the smaller banks, especially emerging market banks are saying is, they don't have the capacity, the financial resources to invest in the same way. But the bigger banks, the global banks in developed markets are doing so, the US banks and European banks and the Japanese banks. The carrot has to be in some cases that the that the cost of actually integrating into those platforms has to be borne by some of those bigger banks.

The stick part of it for now is as these networks get bigger and as trade moves onto the platforms, smaller banks will get left behind. It’s not happening today but it is definitely on the horizon, especially in emerging markets.

Also, a lot of corporates are not yet on these platforms, and in many cases, they can only get on board if their local banks are on the platform. It becomes a bit of a circular problem so the banks may get dragged along by the corporates.

Bigger corporate customers are being brought on – ones with their own nodes, some are very advanced, but many smaller ones are not.

This is where pressure is being applied at the moment and it is where we will see movement, but it is not the kind of movement that will be faster than the technology itself as it involves strategic and investment decisions on a large scale that do not happen quickly, even in the bigger banks.

TXF: How much is the trade finance industry aligned in the net zero challenge, to ESG and the transitions needed?

SE: ESG is absolutely the perfect partner with digitisation. There is the ability to track and trace through using blockchain, the ability to categorize or classify customers and to verify those with external auditing agencies and companies and utilities. A lot of this is becoming automated. You can get very granular with blockchain technology. For instance, you can tag cargo, factories’ output, and a lot of physical supply chain can be tagged and verified by using a mixture of technologies.

The technology is absolutely perfect for that sort of use case. Companies such as Halotrade have been around for a while and it is increasingly happening at a bigger scale now, and Marco Polo has a partnership with EcoVadis [a business sustainability rating company].

SE: Bills of lading are very important because they straddle both the physical and the financial supply chain. Lots of trades happen without bills of exchange or promissory notes, but very little international trade happens without a bill of lading at some point. Of course, for banks, it is a security document and not a payment obligation. People sometimes forget that is not a payment obligation in itself, but it is usually part of the financial arrangements. They usually feature in collections or letters of credit, for example.

The other two important negotiable instruments are bills of exchange and promissory notes. You don't see those in all in all trades, but they can be digitised using the same technology and be validated by the same laws. All the legal changes that we're working on in the UK, for example, with Professor Sarah Green, Law Commissioner for England & Wales, who will also be speaking at ITFA , will show how we are working on trade documents.

The point you are making about e bills of lading being binary is that it has often been seen as choosing between one of two main rival providers. There are more vendors in this space than just EssDocs and Bolero. What I’m looking at is whether we can move away from the current system of closed loop or rulebook based systems to a more open environment, and that is principally a legal issue.

Currently, the only way to get something functionally equivalent to a bill of lading, EssDocs or Bolero or anyone else, is to sign up to the rulebooks. There has to be a rulebook that will contractually give you the functional equivalent of a bill of lading at law without it being in paper form. The moment the law changes you could have a much more open environment. Most of the big e-bills of lading providers do have blockchain functionality and the question will be how they best utilize the legal changes that we're very confident will happen next year.

TXF: Bristol was voted European Green Capital in 2015 and ITFA's event is themed on both digitisation and the environment. How is this evolving?

SE: Bristol being a green city fits in very well. Importantly, we've set up an ESG committee which has been headed up by Johanna Wissing. We are looking at ways in which we can actually make a difference because it's a very crowded market in terms of green offerings. Specifically, we're looking at what we can do in the secondary market.

As we’ve already discussed, ESG development fits in very well with digitization and the opportunities that technology. The ESG committee will be working quite closely with the fintech committee we already have in place. Also, we have members who are hybrids like Coriolis, which is a Fintech that is also coming out with a green offering. The two big themes of the conference are ESG and digitisation and Bristol is a cool and highly appropriate setting as a green city itself.

ITFA is hosting its 47th Annual International Trade & Forfaiting conference in Bristol on 6-8 October. TXF will be moderating a session ‘Springboard or marking time? Prospects for stability and recovery in a post-pandemic world’ on Wednesday 6 October