The changing pace and face of upstream gas

Mega upstream gas projects have been prolific in recent years, but asks Jonathan Bell, how is the industry changing and what can we expect with future projects?

Okay, for all of you out there that like a challenge, here’s a question for you: what is the largest (tallest and heaviest) single man-made object ever moved to another position by humans? Give up? The answer is: the Norwegian Troll A gas production platform. It is 472 metres tall and weighs 683,000 tonnes, which is apparently two times heavier than the Empire State Building in NYC. Quite staggering proportions, I think you will agree.

This is quite dated now – as construction on the platform began in 1991 and took five years to complete. Built by Norwegian Contractors for Norske Shell – it is among the largest and most complex engineering projects in history. The platform, which cost approximately $650 million at the time, was a televised sensation when it was towed into the North Sea in 1996, where it is now operated by Statoil.

For all you fact junkies out there, the Troll platform was towed over 200 kilometres from Vats to the Troll field, 80 kilometres north-west of Bergen. The tow took seven days.

Things have got a bit faster since then though. The number, scale and global spread of gas fields has over the past 25 years has grown remarkably. But so have other forms of energy and feedstock supply and how they influence the development of new gas fields, and this is what we will consider here. But first, another more recent example of the physical scale of what we are dealing with.

Last year, contractors towed the world’s largest offshore floating gas production (Prelude FLNG) vessel from the SHI Shipyard in South Korea to the northwest coast of Australia. It took eight weeks to tow it the 5,800 kilometres (somewhat faster than the Troll A move) and into position in the Browse LNG basin where it will work on the Prelude and Concerto gas fields. That vessel is some 488 metres long, or the length of four football pitches, and was built by a Technip Samsung consortium at the SHI Shipyard in Geoje, South Korea.

The FLNG is part of the $14 billion Prelude project led by Royal Dutch Shell. It was made with more than 260,000 tonnes of steel and at full load will displace more than 600,000 tonnes. And, just in case you are wondering about which of these two giant constructions mentioned here is the biggest, the Troll A gas production platform leads in weight as it is made with steel reinforced with concrete on the main four legs which extend to the sea floor. In 2006 to mark Statoil’s 10th anniversary of operating the rig, a concert was held in one of these legs at a depth of 303 metres – the deepest underwater concert ever. I wonder what the acoustics were like!

So, the big thing that these two rigs/vessels have in common of course is natural gas. It is mega gas projects which marked the massive upstream financing of the oil & gas world over the years 2010-2016. In addition, the global spread of these mega projects saw developments in new territory – particularly Australia as that country vied to compete with Qatar as the world’s largest gas exporter, and try to cash-in on the increasing demand for gas from Asian consumers                     .

However, project delays and cost-overruns, particularly with the Australian LNG mega projects, has created something of a rethink in the way many gas projects now move forward.

Many leading oil and gas majors have been hit by cost overruns and delays in recent years, including Exxon Mobil (Gorgon and Scarborough), Inpex (Icthys), ConocoPhillips (APLNG) and Chevron (Gorgon), to name a few.

As an example, the massive Gorgon LNG project off the Australian coast led by Chevron cost approximately $54 billion to complete, which is around $20 billion more than the initial budget. And Chevron’s Wheatstone LNG development in the same area cost some $34 billion – although exact cost overruns are unknown. However, it is estimated that by late 2016, cost overruns on big Australian gas projects totalled around $50 billion.

Some energy analysts argue that the growing level of complexity involved in mega LNG projects means that delays and cost overruns are almost inevitable. At the same time, when the lifespan of a typical project is around 30 years, some also argue that these increased costs can be absorbed. Nevertheless, there is obviously a fine line – which is the bottom line!

With so many large-scale gas projects coming on stream, the supply/demand equation is of course altering dramatically. It is estimated that between 2016 and 2021 overall LNG supplies globally were expected to increase by 50%. This is a quite astonishing rate of growth of supply. Just looking at BP’s new oil & gas projects, for example, of the 16 new BP projects due to come on stream up to 2021, some 12 of those involve gas rather than oil.

Of course, this global dash for gas has always been in part due to the need to move away from ‘dirtier’ coal. Gas emits half as much carbon dioxide as coal when burnt to generate electricity.

In terms of global demand, the big future users will be China and India. It is estimated that these two countries alone will account for half of the 30% increase in global energy demand between now and 2035. And China has stated that it aims to increase gas in its total energy consumption from 6% to 15% by 2030. It certainly appears that it is moving in that direction, despite the huge amount of coal-fired power it is generating and the fast-pace of renewables development in the country.

And global customers for gas have increased thanks to the increase in the number of floating storage and regasification units (FSRUs) – vessels which can receive LNG and convert it back to gas - rather than developing and building more expensive onshore terminals.

However, the supply and demand equation has altered dramatically in recent years with the arrival of large volumes of Australian gas which has also coincided with the dramatic push from the US of shale gas. With the massive gas industry developments which have taken place in the US, that country has now recently become a net exporter of gas. This will further develop as new US terminals are brought online. According to the International Energy Agency, by 2022 the US will be vying with Australia and Qatar to be the world’s largest gas exporter.

The increase in supply has inevitably had a big impact on gas prices. The biggest markets for gas are Asia and Europe, and in both regions gas prices have fallen dramatically over the past five years. This in turn has an impact on the anticipated returns of major gas development projects – upstream and downstream. On the other hand, the increased affordability of gas for some could mean that it becomes the energy source of choice. At the same time, for some of the developing world, particularly where they have large reserves of coal, it is coal which will still remain cheaper to burn than gas, especially if that gas has to be imported.

The other major factor that has to be considered is the dramatic rise of renewables and the impact that is having on the oil & gas sector. This will only get bigger as more wind and solar developments come on stream. Already in Europe it is impacting the use of gas as a source of power. However, globally there is a big transition period where phasing out the use of oil, gas and coal as an energy source will take considerable time depending on specific country and regional circumstances.

Last week I was in West Africa, and during an infrastructure roundtable that TXF held in Abidjan there was considerable discussion around the development of new gas fields off the West African coast. For any African country, the development of such a resource can and will change the dynamics of the economy – as that resource is developed for domestic consumption as well as for export revenues. And for countries crying out for increased electricity generation this is a long-awaited lifeline. Projects will go ahead. But the real question is at what scale?

Last year, we saw the development and financing of the first phase of the massive Coral South gas field in Mozambique. That $8.6 billion project led by ENI had a debt profile of $4.63 billion and was one of the largest project financings ever seen in Africa. It was also the first project financings for an African FLNG facility. Whether gas development projects in other African countries hit such a scale remains to be seen.

Globally, it can be expected that overall the days of the mega gas projects that we saw in Australia, for example, are largely over. New upstream gas field developments can be expected to be more moderate in scale. And, as we also enter into a period where we are now also seeing crude oil hit its highest price levels since November 2014, the supply/demand equation of global gas and the potential development of new fields is something that project sponsors and governments will consider very carefully.

Once more unto the breach: Surviving a cyber-attack in trade
Cyber security is not just an IT problem. It’s a business continuity one that can hit business and finance across the board. TXF’s Katharine Morton spoke to industry players about what it takes to survive a cyber attack in trade.

Benin: Project finance opportunities face rising contract risk
A booming economy and improved governance are creating fresh opportunities for project finance deals in Benin. But while the economic and financial outlook is relatively strong, there are emerging concerns over political patronage and contract discrimination under the current administration.

The news you thought you had but you don’t…

Craen makes internal move at SocGen
Stephen Craen, co-head of energy advisory for EMEA at Societe Generale, is set to make an internal move to Australia. As part of the move…

Tanesco launches wind and solar RFQs
Tanzanian electricity supplier Tanesco has launched separate RFQs for a total of 350MWs of new large wind and solar capacity. The deadline for both RFQs is…

Boulos moves to HSBC US
Rodrigo Boulos, previously head of trade and receivables finance sales for HSBC in the UAE, has started a new role at the bank – head of sales for trade…

Cocobod closes annual PXF facility
Cocobod has closed its annual pre-export finance facility. This year’s deal totals $1.3 billion and is priced at 62bp over Libor. The financing has a… 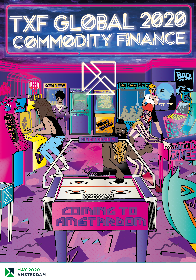