TXF News: The week that was

Global connectivity is driving the development of urban networks. But, stresses Jonathan Bell, it is cooperation and increasing economic integration which will lead to increased trade growth and development of projects.

As a big fan of China’s Belt and Road Initiative (BRI) I have become increasingly perturbed by the low-level of responsiveness to this initiative by Western governments and institutions. That said, China could do much more to make the BRI open and inclusive for non-Chinese project companies and financial institutions. Cooperation, regionally and globally, is the key to push forward with such initiatives and viable project selectivity and implementation.

Greater connectivity is driving economic growth within Asia-Pacific and globally, and it is no surprise that this can be witnessed in many of China’s growing cities and integrated urban areas. Just think about it, China has over 100 cities with populations greater than one million people, the US only has ten. Shanghai’s population, for example, is expected to expand from around 24 million to near 31 million by 2025. But it’s not just about demographics. It is estimated that Shanghai’s GDP will skyrocket from around $500 billion currently to over $1.2 trillion during the same period. This is just one example of many for Chinese cities.

As a former geography student, I remain fascinated by the changing shape of the planet. And as someone who has farmed sheep in New Zealand, I must be a country boy at heart, but I am also fascinated by the pace of global urban networks and the economic, social and environmental impact of those.

The rise of the mega-cities is of course global, but the most dramatic examples of new growth will be Chinese and other Asian cities. Global cities of the future will be hubs of commerce, technology and transportation, but also global service centres. And these cities will be the centres of the global economy. We already have such command and control centres in New York, London and Tokyo in particular, but they will be joined by Beijing, Shanghai and others, increasingly Asian, in the near future. Cities such as these will become the global urban service centres network of the future.*

Changing tack somewhat, but in an example of regional increased connectivity, this week we have seen the opening of the world’s longest sea-crossing bridge linking Hong Kong to the Chinese mainland. Nothing to do with BRI, but it is an immense feat of engineering carrying immense economic and political significance.

China’s President Xi Jinping presided over the opening ceremony in the city of Zhuhai to open the 55-kilometer (km) bridge, which cost $20 billion and took almost a decade to build. Like many mega-projects, the construction incurred major delays and cost overruns. And, by all accounts, 18 workers died and some 280 were injured on the project.

As a triumph of engineering, the bridge is designed to withstand earthquakes and typhoons, and was built using 400,000 tonnes of steel. Linking Hong Kong to Macau and then on to Zhuhai, it is claimed it will cut the journey time down from four hours to 30 minutes. About 30km of its total length crosses the sea of the Pearl River delta. To allow ships through, a 6.7km section in the middle dips into an undersea tunnel that runs between two artificial islands.

The bridge has been built as it is a key element of China's plan for a Greater Bay Area covering 56,500 square kilometers across southern China, and encompassing 11 cities, that are home to a combined 68 million people. It has been fairly controversial, particularly given Hong Kong’s housing shortage. But it can be seen as a major political statement by China, and it does provide greater connectivity to a part of one of mainland China’s major manufacturing centres.

However, the bridge is not likely to make economic sense, partly because of the restricted car usage. If you want to use the bridge you will have to obtain a special permit, allocated by a quota system. And all vehicles will pay a toll. The bridge is not served by public transport, so private shuttle buses will ply the route. There is no rail link. And get this, the bridge has ‘yawn cameras’ whereby if you are spotted driving your car and you yawn three times, then the authorities are alerted! Wah!

Interconnectivity helps generate better economic integration, and cooperation is key. According to a new report from the Asian Development Bank (ADB), regional cooperation is increasingly necessary to tackle a rising number of cross-border challenges in Asia-Pacific, including infrastructure gaps, trade connectivity, financial contagion, and climate and disaster-resilience.

By the way, I should point out that I am no fan of this ADB-inspired acronym RPG (regional public goods) in this instance – as the only other times I have heard RPG is to describe rocket-propelled grenades!

Growing trade and investment linkages in Asia-Pacific can be a buffer for the region against uncertainties in the global economy, the report says. However, it warns that uncertainty about trade policy could dampen the recovery in regional and global trade and damage consumer sentiment and business confidence in capital spending and investment.

The report notes that despite a slowdown in inward FDI to Asia, intraregional FDI continues to rise. Global FDI into the region remains stable at $517.5 billion in 2017 from $519.9 billion in 2016. Intraregional FDI increased slightly to $260 billion in 2017 from $254.7 billion in 2016. Greenfield investments generated some 667,000 jobs in 2017 - mainly in India, China, Viet Nam, the Philippines, and Singapore - in real estate, software and information technology services, and electronic components, among others. Almost half of jobs created through greenfield investments in Asia originated within the region - led by investments from Japan (28%), China (15%), and South Korea (14.2%).

With growing economic interdependence and integration, the region increasingly faces development challenges that are transnational in nature, such as infrastructure connectivity within the region, environmental degradation and resource scarcity, and transnational health threats or infectious diseases. Increasingly, the report notes, regional public goods such as cross-border infrastructure, sustainable management of shared natural resources, and cross-border disease surveillance and control offer benefits beyond a single nation’s territory.

The report also notes that, excluding high-income economies, the region will grow at 6% this year and 5.8% in 2019. However, risks remain tilted to the downside with international trade conflicts escalating and elevated debt levels exposing the region’s financial vulnerability as US monetary policy normalisation continues. With greater economic interdependence and integration contributing to faster transmission of global economic shocks, the region’s policy makers should closely monitor the risks rising from global trade and financial market conditions, while remaining vigilant to safeguard financial and economic stability, the report states.

This week also sees the ADB hosting its Forum for Successful Project Design and Implementation: Implementing Strategy 2030 on the Ground at the bank’s headquarters in Manila. Strategy 2030 sets the future direction for the bank’s efforts to respond to the region’s changing needs. ADB expects to commit $61.8 billion across 428 sovereign and non-sovereign projects over the next three years. This figure almost seems like a drop in the China Sea when you compare it to the $20 billion spent on the Hong Kong-Macau- Zhuhai bridge! Hey ho!

*NB: Should anyone be interested in a Roster of World Cities indicating their dominance economically, let me know and I will forward you an interesting academic geographical report highlighting the status of so-called alpha, beta and gamma global cities.

Shop talk: Relieving cost and regulatory pressure through private insurance
Against the backdrop of increasing risk awareness and an evolving regulatory landscape – Basel IV and PRA consultations – Marilyn Blattner-Hoyle, head of supply chain and trade finance at AIG, talks to TXF about the growing cost benefits to lenders of using private insurance and product simplification.

Shop talk: The facts and fictions of UK infra investment
UK flagship infrastructure projects continue to grab the financial headlines. But the reality is the UK is far behind its economic peer group in infra spend and delivery, and competition for funding is high. Jon Turton, director of Business and Investor Advisory at Arup, discusses his concerns about infrastructure investment policy, the impact of Brexit on the project market, and re-balancing the UK economy with significant infra spend in the North.

Insurance underwriter perspective: Is the world becoming a riskier place?
Does an uptick in arms trade imports and exports and a rise in rhetorical weaponised language around trade point to a riskier trade credit insurance environment in 2018-19? In the latest episode of TXF’s Risky Business podcast series, a panel of insurance underwriters and risk experts outline their key global risk trends.

Room2Run: Untapping multilateral capital to full effect
A ground-breaking $1 billion synthetic securitisation by the AfDB could serve as the template for unlocking trillions of dollars of investment for emerging markets project development.

And finally, the news you thought you had but you didn’t...

Brookfield launches AT&T data centre acquisition facility
Dawn Acquisitions – a solely owned subsidiary of Brookfield Infrastructure Partners – has launched a $600 million financing to back its $1.1 billion acquisition of 31 data centres (18 in the US and 13 abroad) from AT&T.

Bapco nears close on $4bn ECA-covered deal for Sitra oil refinery
State-run Bahrain Petroleum Company (Bapco) is expected to reach financial close on a $4 billion ECA-backed loan by year-end, or Q1 2019 at the latest, to finance the expansion of the Sitra oil refinery.

Entergy refinances RCF and ups tenor
US integrated energy company Entergy has extended the maturity of its $4.15 billion revolving credit facility by one year – resetting with a five-year tenor maturing in 2023.

Omar Al-Ali joins commodity finance team at Reed Smith
Omar Al-Ali has been hired as a partner at Reed Smith and will join its Energy and Natural Resources Group in London. 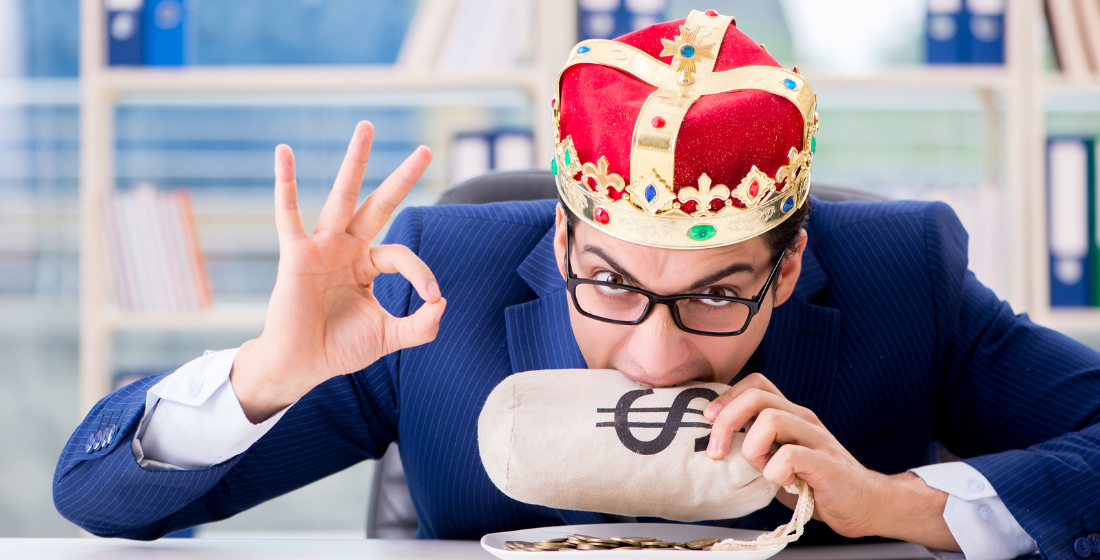