US Exim: Back in big business?

The US Senate is scheduled to vote today on the three nominees to serve on the board of US Exim. If the full quorum is confirmed as expected, will the dark cloud which has loomed over the agency for nearly four years finally clear and open up its stagnant $40 billion deal pipeline?

On 1 July 2015 Export-Import Bank of the United States (US Exim) was left ‘shackled’ when its authorisation lapsed. The US export credit agency (ECA) enjoyed bipartisan support since it was established in 1934 during President Roosevelt’s New Deal, and had been setting records for ECA-backed exposures in the years leading up to its de-authorisation, nearly tripling its activity to $30 billion a year and creating over a million jobs.

Five months later at the end of 2015, US Exim was re-authorised, but only for transactions up to $10 million, as the Senate had not, and has still not, confirmed new Exim board members, denying the bank a full quorum (and in turn big ticket deals). But this might be about to change…

US Senate Majority Leader Mitch McConnell filed a procedural motion last Thursday to advance the nominations of three board members for US Exim: Kimberly Reed to serve as president, and former House Financial Services Committee Chairman Spencer Bachus and Judith DelZoppo Pryor to serve on the board.

The cloture motion, which has now been invoked by senators after debate of no more than two hours per nominee, was scheduled for Monday (6 May 2019). However, TXF understands the voting on the cloture motion was pushed back, but the confirmation vote on the three nominations is now scheduled for 10am (ET) today. In short, the fact the Senate has reached a confirmation vote bodes well for the future of US Exim, as achieving this motion was always the more significant obstacle to getting back to big ticket business.

Should all three nominees be confirmed, it would give the five-member board of the bank a full quorum for the first time since Congress passed its re-authorisation in 2015. That board is currently vacant with the exception of Jeffrey Gerrish, US Exim’s acting chairman and president

The dearth of the 'Bank of Boeing'

Once dubbed the ‘Bank of Boeing’, the agency’s effective shutdown has since hurt manufacturing jobs in the American airline's supply chain, as well as for hundreds of other US exporters looking to win business from aggressively cheap and flexible Chinese contractors and ECAs, and the more traditional European ECAs, which have all capitalised on EXIM’s absence.

In 2015, Boeing in fact passed on $48 billion in business to 15,600 different suppliers across the US after it was shackled to doing deals in increments of $10 million rather than billions. And subsequently the airline nearly lost out on a major contract for the order of 80 Boeing aircraft from Iran valued at $8 billion (although this has since been secured despite President Donald Trump’s newly announced campaign to ‘fix’ the 2015 nuclear deal).

While a variety of complicated factors contributed to US Exim’s downfall, four political antagonists were at the centre of its undoing: Republican Jeb Hensarling, who in 2015 ignored a majority on the House Finance Committee he chaired and refused to report a reauthorisation bill for a floor vote; Senator Shelby, who refused to report Board nominations for Senate consideration through 2016; Senator Toomey, who placed holds on Trump Administration nominees in 2017; and Majority Leader McConnell, who never moved to contravene Sens. Shelby and Toomey and ensured Exim never regained a board quorum needed to make large loans.

Such stark opposition and anti-Exim rhetoric from its conservative critics, who have branded the agency ‘corporate welfare’, has been a severe loss for the now dwindling leadership and staff of the bank who are still upholding Exim’s mission statement to level the playing field for US exports.

Likewise, it has been a significant loss for US exporters which can no longer tap Exim support in an ever complex export finance world where OECD ECAs continue to support their exporters amid increased competition from Chinese-style financings which are blurring the lines between tied and untied lending to circumvent the OECD Consensus on Export Credits. These non-OECD exporters and ECAs have been winning export contracts with their speedy due diligence procedures, big ticket coverage and cheap overall financing packages, with the likes of China’s ECA, Sinosure, profiting from US Exim’s near four-year hiatus.

US Exim’s base of expertise, once comprising some of the highest calibre ECA lenders in the business, is undoubtedly a shadow of its former self. Additionally, restoring that lost expertise and experience will be a long process and until the bank regains authority to finance large deals, such re-building will be challenging.

From Exim’s award-winning Structured Finance Division going through four leadership changes, to its Transportation Division, once the world’s largest financier of commercial aircraft, the agency now lacks the seniority and financial clout in the higher echelons of the ECA’s corporate strata (with a few senior personnel exceptions).

Since Exim lost its quorum in 2015, the US economy has lost $20 billion in overseas opportunities. And right now, Exim has $40 billion in transactions sitting in its pipeline, just waiting for a quorum.

If the Senate votes for the three nominees this week, then Exim’s deal pipeline would support almost a quarter of a million American jobs through overseas financings. For example, Exim was set to put up a $3.5 billion loan to finance the construction of Carbon Holding’s $10.9 billion ECA/DFI-backed Tahir Petrochemical project in Egypt, but TXF revealed last year the US ECA is now lined-up to provide a $10 million direct loan (its transactional limit) to support the scheme. Meanwhile, exporters in Germany, China, the UK and Canada have picked up the business, with their respective ECAs now handling the funding.

In other related Exim news, Ghana recently announced the US ECA will extend a $300 million facility to support companies operating under the One-district, One-factory programme. But US Exim will fund the loans through Ghana Exim, and each industrial establishment or prospective company can only access up to $10 million in financing. This is not the small-scale financial engineering Exim needs to be working on. In fact, it’s complete madness if the US ECA wants a chance of returning to its former financial firepower.

General Electric will certainly welcome the return of US Exim too. As the American conglomerate would be able to source more equipment from the US and supply more projects abroad, as opposed to sourcing from its European plants for its recent power projects in Kosovo (a 500MW coal-fired power plant) and Iraq (alluded to in JB’s weekly last month).

However, in Exim’s absence, GE has new manufacturing strongholds - such as GE China - which has enabled the American exporter to tap new financing solutions for its overseas buyers, with the more flexible, cheaper non-OECD ECAs, like Sinosure and Chexim, now proving more attractive than Exim’s potential full quorum product offering, especially in developing markets.

There has already been some positive signs of Congressional approval from US Exim itself as well. This week, the ECA was already eyeing up the $3.5 billion EuroAsia Interconnector – a large-scale HVDC submarine power cable project – to find out which US companies had bid in the tender for the scheme’s EPC contract. And with final bids in for the procurement process, and the winning bidder to be mandated in Q3 2019 in tandem with financial close, if an American company is awarded the bid, then US Exim looks set to flex its muscles for the first time in the latter half of this decade.

The agency’s conservative critics may have branded the bank ‘corporate welfare’, but Exim’s core focus on boosting the competitiveness of US exports abroad and preserving jobs at home certainly aligns with President Trump’s state economic agenda. Surely the full re-authorisation of US Exim can only serve to satiate President Trump’s mantra; to ‘Make America Great Again’. However, judging by Trump’s recent tweets, US Exim’s reinstatement is not the kind of regime change he’s advocating.

Now time to get up to speed on the markets.
Here's a glimpse at some of our exclusive TXF Essentials subscriber content

The shape of commodity ESG to come?
The credibility and policing of ESG-linked loans, which are currently enjoying growing popularity with commodity traders, could be markedly improved via the adoption of blockchain.

Steyn rejoins Bracewell
Clint Steyn has rejoined Bracewell in Dubai as a partner and regional head of projects.

LMA: Geopolitical risk and economic climate main challenges to growth
The London-headquartered Loan Market Association (LMA) hosted their sixth annual Developing Markets Conference in London on 30 April, and in a survey of members prior to the event, the poll saw the key issues of geopolitical risk and the downturn in the economic climate as the main challenges to growth through 2019 in developing market jurisdictions.

OPWP launches IWP advisory RFP
Oman’s Power &amp; Water Procurement Company has launched a request for proposals for provision of financial advisory on the procurement of up to four independent water producer (IWP) projects over the next two years.

Well, that’s all for now. Please do drop TXF a line if you have any news and want to broadcast something, or if you have any suggestions/feedback on the editorial front. Contact us on email at [email protected] 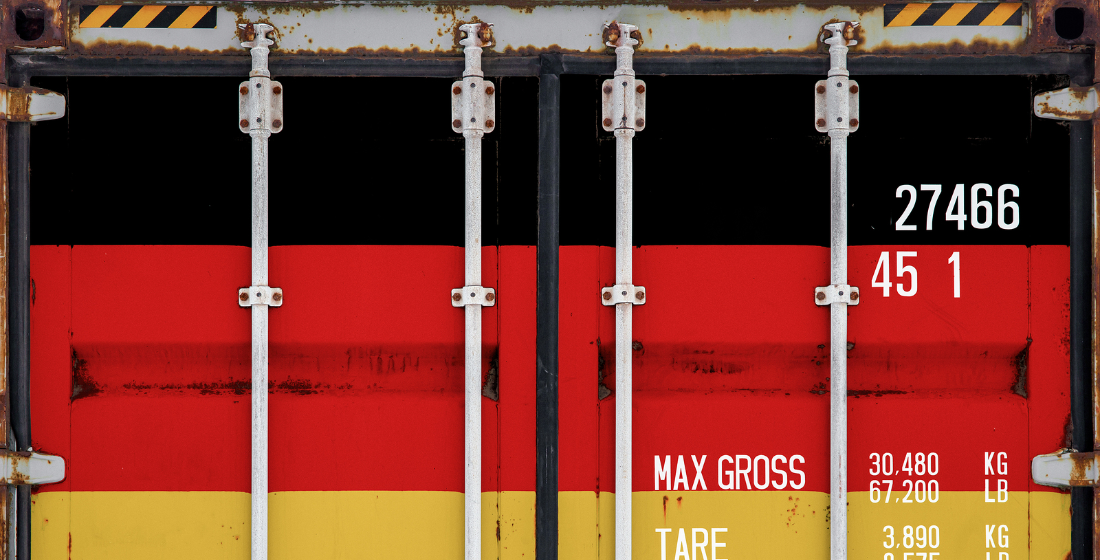 The global export, agency & project finance games return for 2020! Join us for the only virtual gathering on its kind on 2-5 June and the physical event in September. Take your network further! 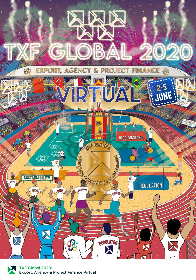