A few months after the launch of Squire Patton Boggs’ shipping and commodities group, headed up by partners Jessica Kenworthy and Barry Stimpson, TXF caught up with the pair in Singapore to outline the opportunities and obstacles in establishing the law firm in new markets amid a turbulent time for the global commodities industry. 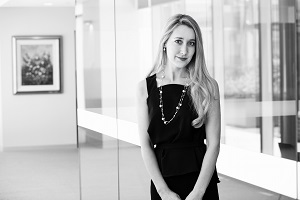 Jessica Kenworthy (JK): We’re setting up the group here in Singapore, but also in London, the UAE and Perth. On the finance side, we carry out all types of structured commodity finance, including warehouse financing, borrowing base, receivables financing as well as vanilla trade transactions, but predominantly pre-payments at present, because that is the way the market has been for the moment.

In terms of the main areas and jurisdictions that I work in, it is mostly China, Indonesia, India and other parts of Southeast Asia. I’ve also worked quite a bit in the Middle East and Australia. The team is growing at the moment – we want to have the capability to ensure that we can service clients around the world.

With everything going on within world trade and commodities markets, starting out as a group in the current climate is fascinating, exciting and daunting at the same time! But we have had fantastic support from clients and the firm, so it has been so far so good. 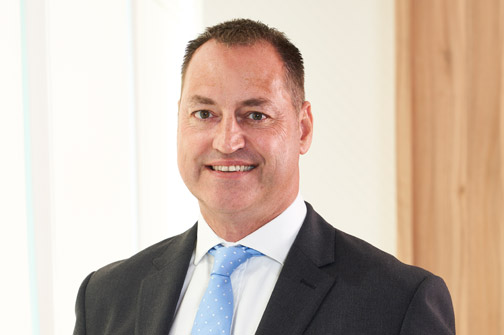 Barry Stimpson (BS): We are delighted, especially in Jessica’s case, that we are doing a very large volume of work at such an early stage in the project. It is all going in the right direction.

I am primarily a physical commodities and shipping disputes lawyer, but I also do transactional advisory drafting work for clients in both the shipping and the commodities space, as well as advising on the related contracts that go with an international sale of goods, whether that be letters of credit, demand guarantees or sales contracts.

My specialisms are very complimentary to what Jessica does. We often work with the same clients, where I cover the physical commodities or shipping side of the client, and Jessica does the finance side.  As well as Singapore, we have depth in our physical commodities and shipping disputes teams with recent hires in London and Australia.  We also have new members of the corporate team (with a focus on the mining and energy industry) as well as lawyers involved in energy/commodities related projects, infrastructure and competition law.

TXF: What sort of trends are you seeing in terms of regions and sectors?

JK: Indonesia, China and the UAE have been very prevalent on my scene. I have also done a lot in India in the past six months.

BS: We have certainly seen some very interesting work come out of the Middle East, the UAE in particular but not exclusively, in the oil and gas space.

Similarly, the change in terms of environmental regulation on ships with International Maritime Organization (IMO) and the move to low sulphur fuels, which has had a fairly major impact on the types of ships that are now being built, as anticipated. A lot of people are moving towards gas power rather than oil-based products, including some large commodities houses such as BHP.

Gas producers have seen an opportunity to move into a brand-new market with gas powered vessels and major bunkering hubs, where ships would normally refuel. Singapore is the world’s largest bunkering hub, and the government has already made substantial investments into developing this.

It is an interesting time with environmental and shipping regulations ever increasing, presenting new changes in the way ships are run, what fuel they use and what regulations they are subject to. Ship owners are requiring more detailed and more specialised legal advice in those areas than they have ever needed before.

TXF: With all these environmental regulations coming into play and gas on the rise, are you seeing a drop in oil deals or is it still going steady as a commodity?

JK: In terms of refinancings by the banks, coal is not prevalent at all. But I am not seeing any particular environmental impact on that side in terms of willingness of the banks to refinance oil. It is now more other factors around oil pricing and alleged fraud which are of great concern to the banks.

Banks had seemed more concerned about who is the producer and who is the trader rather than the fact that it is oil. Oil is seen as a very necessary commodity. Coal, whist being a necessary commodity in some regions, is mostly financed by the traders directly with a more limited number of banks willing to refinance due to restrictions.

That said, given the plummeting oil price combined with high profile defaults and alleged fraud amongst oil transactions, notably Hin Leong, financing of oil by banks will certainly be very challenging in this environment.

BS: It is going to take a few years for the new regulations to have a major impact on the substitution of current bunker fuels to gas, simply because it takes time for the ships to be built, and there has got to be commitment and financing there.

We are seeing green financing from big banks encouraging ship owners to build cleaner vessels. But many ship owners have fitted scrubbers to ships so that they could carry on using the existing fuel for a period of years after the regulations come in, essentially reducing the emissions that would otherwise be created by using the existing fuel without building new ships.

TXF: What are the main opportunities you’re seeing in the commodity finance market at the moment?

JK: There is huge opportunity for traders in this kind of market, because of the volatility. Particularly with huge supplies in the market from Saudi Aramco. I should imagine we will be seeing a lot of sale and purchase of some of that crude by the traders. I also expect to see some stockpiling over the next few months, waiting for the price to go back up.

BS: There is also opportunity for spot traders and ship owners, especially of tankers, to drive the pricing up from fairly low to quite high rates.

I also expect that as traders sit on fuel that they have bought very cheaply and are waiting for the price to increase, there will be money to be made in using vessels simply as storage.

JK: This will be even better for the bigger trading houses that have their own fleet, who obviously will not then have costs involved to do that.

TXF: How severe of an effect is Covid-19 having on your business and what changes have you been seeing in the past few months?

JK: From the structured trade finance side, the biggest effect has been around the consideration of force majeure clauses on contracts, particularly in pre-payment arrangements. Also, the volatility in the prices of commodities, as pre-pays and other forms of financing have coverage ratios which test the value of the product against the debt obligations under the loan facility or pre-pay facility. With prices going down, there is constant testing at the moment to see whether there are breaches, and if there are, how do we remedy it?

There are two remedies usually. Normally, there is cash repayment of the debt or there is the option to deliver more product. We have to ask if it is possible to deliver additional product? Is it available? How easy is it to deliver in an environment where production levels are being negatively impacted by staff shortages, port delays and various other things?

All these issues are going on in the background anyway, so it’s whether you can remedy through extra deliveries or whether you just have to reimburse in cash. Obviously, the cash side is probably not the most attractive option because you often get a pre-payment for working capital and do not want to use all your liquidity up in reimbursing cash.

BS: Jessica has already touched on this, but there are costs off the back of delays at Chinese ports. We have to look at who bears the cost of that under the shipping contracts and whether they can pass on those on under the sales contracts.

Also, the drop in demand for tonnage, because for a while there had been very little coming out of China. This had an impact on dry bulk rates, which were not going too badly at the start of December but went off a cliff. We are now starting to see a gradual improvement of that as China started to go back online, however there are other ports affected now, particularly India.

JK: But then, there was an anomaly that resulted from the production war between Russia and Saudi Arabia, which led to a large increase between the 11th and 12th of March on VLCC rates.

It’s a massive amount of volatility and it’s very commodity specific. You cannot really determine what is going to happen in this environment. You have very low rates on the one hand and obscurely high rates on another.

TXF: Are you facing any headwinds at the moment, other than the covid-19 outbreak?

JK: Coronavirus is the biggest concern. But there are certainly concerns for credit departments of banks on the financing side, resulting from defaults in Shandong as well as the Agritrade and Hin Leong matters that have come to light in the past few weeks.

All of this together creates an uncertain period of time. Hopefully, if China really is coming out at the other side of coronavirus, then the outlook for Europe and beyond may not be as bleak as it currently seems.

BS: We are still in an environment with global trade where we have issues with sanctions and trade disputes, especially between the US and China. It remains in the background of everything that is going on.  In terms of the knock-on effect that this has on trade volumes, no doubt things are not as good as they could be because of this. But it has had nowhere near as major and unexpected of an effect as coronavirus has.

TXF: What are your short-term plans for the commodities and shipping group?

JK: It’s just about making sure we have the right depth in each of our base areas to support our clients. Singapore is probably the most developed hub to begin with, so we need to make sure we can replicate this in London as well.

BS: Squire Patton Boggs has not been a recognised brand name in Singapore for commodities and shipping work. Up until now, we have had capability in other areas, London being one of them, but we have not had that capability in Asia. With any new practice group, we want to get this message out to the main clients in the