Middle East business intelligence gets boost with formation of Pangea-Risk

Increasing geo-political concerns and the need for in-depth due-diligence in the Middle East has led business risk intelligence company EXX Africa to rebrand as Pangea-Risk. TXF talks to Robert Besseling, founder and CEO of Pangea-Risk about the expansion into Middle East markets. 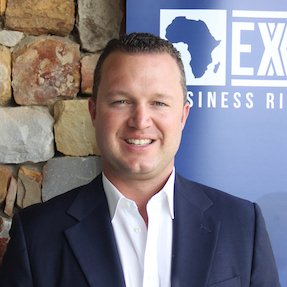 TXF: Continental drift now takes EXX Africa into the Middle East with the rebranding to Pangea-Risk – and you were already covering the 54 countries of Africa - so is this a natural extension for you and will you cover Iran and Turkey?

Robert Besseling: Our new venture, Pangea-Risk, forecasts country risk in 14 Middle East states, including Iran and Turkey, as well as EXX Africa’s original offering of 54 sub-Saharan and North African countries. The country coverage extension makes sense in the context of increased trade, investment, and debt flows between the regions. For example, Saudi and UAE credit lines have been critically important for African countries such as Sudan, Algeria, and Egypt.

There are also clear country risk parallels in the form of oil price volatility, political instability, and civil unrest that pose threats to countries in both regions. But more importantly, Pangea-Risk extends to the Middle East at an opportune time when conflicts in Yemen and Syria seem to be abating and a new US administration offers potential opportunities such as a lifting of the Qatar blockade, the extension of Arab peace deals with Israel, and the phasing out of sanctions on Iran. Such scenarios offer excellent prospects for exporters and should boost investment to drive post-pandemic economic recovery and diversification.

TXF: This is quite an expansion of territory, are you cooperating with other parties to build out with these new markets under your umbrella? Are you taking on more staff or consultants?

Robert Besseling: Pangea-Risk will operate on the same model as EXX Africa, that is of leveraging an extensive network of expert analysts, thought leaders, researchers, and exclusive human sources across the regions to provide intelligence inputs for our risk forecasting. It is the value of local intelligence, as well as the worth of ‘saying something new’ that underpinned our success on African risk forecasting and which we are now seeking to duplicate in the Middle East.

TXF: I guess this plan has been in the pipeline for some time, and you already have a significant database and network built up, but beyond that in which areas (ie politics, finance, trade/investment, debt etc) do you expect to focus most of your early attention on the Middle East? Which ME countries do you expect to receive the most enquiries/interest on?

Robert Besseling: It has been a long-time ambition of mine to extend our risk forecasting into the Middle East, and now the time seems right for the expansion. Pangea-Risk will set out by looking at major Middle East markets such as Iran and Turkey, as well as assessing intra-regional Middle East and African debt flows and the inter-play of geopolitics.

Into 2021, we will start doing more deep-dives into lesser known and more opaque countries where there is much appetite for new business, but where there remains a lack of knowledge on how to mitigate political risk. I expect there will be quite some interest in the prospect of Iranian sanctions being lifted, the sustainability of Gulf debt, economic recovery prospects for Lebanon, and the shift in Turkey’s financial and economic policies.

TXF: Certain ME countries have little market data (eg Iraq, Yemen) or are quite opaque on what is available (eg Saudi Arabia) within economic data. What challenges do you envisage in accessing what you need?

Robert Besseling: The pandemic has increased the need for transparency and timely reporting, even in countries that have long withheld such information. For example, Saudi Arabia has speeded up its ‘flash’ economic performance reporting which has been very useful for credit rating agencies this year.

Pangea-Risk is not an information provider, rather we offer actionable intelligence that is not readily available from open sources and we specialise in delivering market data from countries where such data is restricted or being withheld. I remember our reporting of Mozambique and Zambia’s undisclosed debt as African case studies where we were ahead of the curve to inform our clients of these forward-looking threats – we have the same objectives for our forecasting on the Middle East.

TXF: Looking at how your clientele uses you at present, do you expect that clients will be seeking the same types of business intelligence, and if there is a difference how do you expect it will differ?

Robert Besseling: The Pangea-Risk Insight service covers 68 countries through a subscription platform that provides analysis on political, security, and economic risk. The online service has been revamped with enhanced mapping capability, forward-looking quantitative risk scores, and deep-dive analysis briefings into each country based on client interest.

Some of EXX Africa’s existing clients have already requested a trial of the Middle East expanded coverage under Pangea-Risk. But I also expect that there will be scope for more due diligence and corporate investigations work to look into reputational risks, political exposure of counterparties, and project-specific risk assessments. Anyone interested to look at Pangea-Risk’s new service is welcome to contact us at [email protected] for a trial or more information. The new website will go live by 1 December, which will also provide further information.

TXF: What sort of clients use your services currently? Do you ever get contracted by the military, secret services or other business intel companies?

Robert Besseling: Over the past five years, we have seen a real interest from DFIs, MFIs, and commercial banks and funds, not just from Africa but from all over. Obviously, the insurance sector has a keen interest in our work, so we count many major ECAs, Lloyd’s of London, private insurers, and even brokers among our clients. Another side of our clientele is corporate security for multinationals and blue chips, or indeed government-based, such as defence, foreign service, counter-terrorism, and state intelligence services.

Larger business intelligence firms and risk advisories also frequently tap into our local networks to support their own reporting and bespoke due diligence work. I think this is the most fun and diverse part of our work – working collaboratively on important projects and building towards new business opportunities, rather than fitting into the mould of risk intelligence that is inhibiting business.

TXF: North African and Middle Eastern countries are increasingly pushing their boundaries for business in Africa – and with that those companies expanding their scope need intelligence. Where are you seeing the biggest developments taking place in this regard?

Robert Besseling: Apart from the usual suspects of oil and gas, I have seen some keen Middle East interest in African renewable energy projects, as well as food security. The pandemic has demonstrated to several import-dependent Gulf states the importance of securing their long-term food supply. And we cannot forget that cities such as Dubai, Abu Dhabi, Casablanca, and Istanbul are themselves now hubs in their own right for African trade and investment, rivalling Paris and London.

TXF: Most things are a two-way street, so do you think this expansion and rebranding will be of benefit for some of your African clients looking for investment or further trade opportunities from the Middle East?

Robert Besseling: Initially, the Middle East will dictate terms of trade, but the development of major infrastructure projects, such as China’s BRI which spans both regions, will give African countries more influence. I also expect that many of our African clients, such as the major DFI’s on the continent will use Pangea-Risk to explore new opportunities in the Middle East, conduct due diligence, and mitigate their risk as they expand into new markets. It is a really exciting prospect and I am keen to support African businesses with this strategy.