Overcoming Catch-22 and Covid-19: A treasury perspective on trade

Henrik Welch, vice president and group treasurer at Alfa Laval discusses treasury perspectives on navigating international trade and cross border working capital management with TXF, and the need for banks and ECAs to step up further. 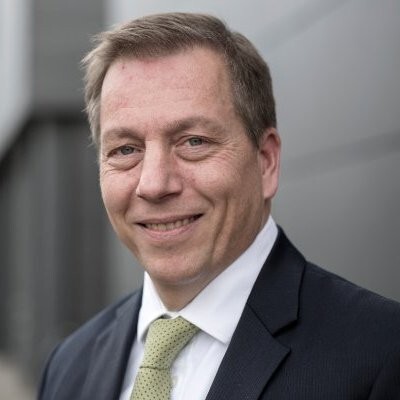 Henrik WelchTXF: You have a background that spans working in export credit agencies, large exporters and banks so you are ideally placed to give a broad perspective. To what extent has Alfa Laval been using trade finance products during the current crisis? And how has it changed your own perspectives on financing trade?

Henrik Welch (HW): We're using trade finance instruments on an almost daily basis. We do a lot of commercial contracts where we have the usual guarantees issued on behalf of us, but we also look to letters of credit and some customer financing tools as well. So we are absolutely following it on a daily basis with our trade finance team.

TXF: Alfa Laval extended the maturity and size of its revolving credit facilities back in April, and like many companies, has got a good liquidity buffer. Where does trade sit within your capital structure and treasury and how is that changing?

HW: It's quite an interesting question, because often CFOs or boards don’t take trade finance into the capital structure as such. So they look more to what the equity position is, the capital markets issues and what medium/long term debt is. But I have had [the significance of trade finance] put into the different companies that I've worked in, [emphasised] that it's extremely important that we have significant guarantee lines with the banks, that we have bank lines to be able to confirm letters of credit, or do bank transactions without confirming letters of credit because we have counterparty limits on the banks. So it basically it sits under my responsibility. And it is one element that we have a good look at to ensure that we have adequate lines, and so on.

TXF: Do you think that companies small and large are getting the support on short term trade that they need to thrive? Specifically, looking at the bank perspective, are you getting what you want from banks?

HW: No. That's a very short answer, and I will elaborate. It’s to our advantage that we are triple B plus rated with a stable outlook from Standard and Poor's [announced mid-November]. So in that sense, we have a very strong balance sheet. We have very strong bank line support from our banks when it comes to the things that go on the ‘Alfa Laval credit’, so to speak. But when you talk about trade finance in the more normal fashion, you would look at it in the way of ‘how can you actually have banks supporting you, taking some risks on your customers’, for example. And there, there is a clear ‘no’ from our side. We do not see as strong a support there as I would have wanted.

When I started in export finance many years ago, I was working in one of the global banks. Banks then had the whole world as their playground. They were very eager to support local transactions in emerging markets, and the more the merrier. They were very active then. A lot of things have happened since. The banks have retrained themselves to their home markets, we've had a financial crisis that has fuelled that debate as well. Covid-19 is furthering that, and the banks are withdrawing more and more to their home markets and are lacking the appetite to finance transactions in, for example, emerging markets. Add to that lot of the things that have been put onto the banks in terms of KYC, which they then push to their customers, such as sanctions and cybercrime activities. All of those things are absolutely trade finance killers in its normal form. That is one of the things that that we face, and we would like to see more bank support.

TXF: What about the sustainability agenda?

HW: Of course, in addition, a lot of export transactions in the past have been financing globalisation. You saw more and more power [was needed], and hence financing for larger power plants. You saw exploration of mines to support the needs of world development. And there's no doubt that in the recent past, sustainability issues have been factored into investment decisions in the financial markets, which then meant that both banks, and also export credit agencies, were much more focused on a particular sector than maybe being focused on products that actually improve the environment.

If you look at it from that perspective, either is it because involves a fossil fuel, or in our [industry’s] case, all palm oil, etc, that [banks/ECAs] just say, ‘no, we don't want to touch that industry at all.’ And I think there is a very unnuanced view from banks, from ECAs on that.

And that hits a large number of exporters. And even us. We consider ourselves to be very much a green tech company, a company that overall fulfils a lot of the sustainability criteria that have come from the UN. Basically, everything we do is either touching on solving water shortages, improving energy efficiency, solving some of those problems. We can tick a lot of the ‘good’ boxes. But a lot of the players take a very firm stance. They say ‘no, we don't want to be in fossil fuel’ or ‘we don't want to be in palm oil’. And then add to that when you then come to emerging markets, they may say, ‘Oh, it's not a client of ours. We will need to do KYC, it doesn't really make sense as it takes a lot of time and the transaction is too small. So we’d rather pass on that.’ Those are the comments we have actually seen more and more of.

TXF: And that's actually been worsening during the crisis, this type of checkbox approach?

HW: The crisis has not helped. For example, the KYC and sanctions element certainly hasn't become easier during the crisis. It was bad before, and it has definitely not become better. What the Covid-19 situation, for example, has meant is that a lot of industries are suffering, a lot of companies are suffering. And that, of course, means that there's also a lack of insurance support to many customers.

And again, that just fuels the fact that the banks are not interested because it would be an even worse nightmare for them if they should have to take extra risk. It's a very difficult situation for trade finance support. We also see some ECAs that actually do the same things. We often use EKN and can also use EKF in some of our transactions, and the banks would typically look to us to take residual risks from time to time. We also see the ECAs being, first and foremost, restrictive on some of the fossil fuels, therefore not necessarily supporting [deals] to the extent that we see competitors doing.

But at the same time, it's a sort of a Catch-22 when the banks are withdrawing their enthusiasm in emerging markets, for example, even though the ECAs could maybe be able to play that role, they don't because they are still afraid of overstepping what would be the banks’ territories.

ECAs say, ‘we should not compete with the banks, etc,’ in their rules of engagement with the transaction. But I also think that often they are afraid of taking a front lead in a transaction, first and foremost, because they are not banks. They maybe don't have the local competence and they don't feel really comfortable in that in that role.

So [ECAs] are not moving a lot either. And this comes back to one of the earlier points. We have a very strong balance sheet, but then it's a matter of whether our board and management will allow us to take more risks in transactions, maybe finance them ourselves without involving the banks. Those are some of the considerations we need to make right now.

TXF: That fits in with the next question, which is to what extent are you actually having to rely more on your supply chain finance (SCF) programmes and self-financing for international trade?

HW: We are definitely considering whether SCF should be part of it when it comes to us wanting to improve our working capital. Of course, our suppliers want to improve that as well, which we can achieve with SCF programmes. When it's our programme it comes back to my point before, that we have a very strong balance sheet, and that part is being supported by our banks and therefore we don't face any problems. Of course, that will be a limit at a certain point, but we don't face any upper limits to how much the banks would like to support those programmes for us.

When we look at it the other way around, if it's our customers that ask the question, we often see that it's not necessarily attractive compared to what our funding rate would normally be. So, either we try to find another solution or we don't engage in discussing it. But I do see that some of these elements are coming up. I'm also talking about suppliers’ credits as becoming part of our game. And we are considering how to structure those so that they are efficient. And we could [consider] doing it in an easy way and maybe selling it off afterwards to a bank where we take a lot, or maybe even all, of the risk that is not covered by an ECA. Then the bank will often do a little lighter version of KYC because it's a client of ours and they don't have any risk.

TXF: You've raised some really interesting points about bank reluctance with trade finance generally. But do you think the actual trade finance products themselves need to change for corporates to be able to use them more effectively? Or is it really largely a question of them being fine as they are, they just aren’t being used?

HW: If we go many years back, you had a number of global banks that were heavily competing in being the number one trade finance or export finance bank. You hardly see that anymore. It's like they're not really interested in the product because there's a lot of KYC to it and there's also a lot of liquidity in the market, so if they have large customers, they would typically do it without the normal ECA cover.

But there is a need to redevelop the product. I think the [OECD] Consensus rule set up is old fashioned in the world we have today. The fact that ECAs cannot touch short term transactions because they violate the OECD Agreement, etc, where the private market is there. But the private market isn't there all the time. There is a need for some reconstruction of the whole set up. One thing would also be, of course, to our advantage is if the ECAs were even more willing to play the role that they should and support trade and maybe take 100% cover, which would then facilitate many of the transactions falling through without needing to discuss the residual risk portion.