BAFT: One hundred not out

One hundred years of an international trade body was a virtual party not to be missed. TXF spoke to Tod Burwell in the wake of the Bankers Association for Finance and Trade’s (BAFT) centennial celebration to find out what has been the secret of the trade organisation’s longevity, how it has helped moved international trade in a positive way, and what excites the organisation’s President and CEO about the future

Interestingly, in the Articles of Association of BAFT in 1921, it was established to provide a medium by which its members may interchange opinions and establish uniform systems for the conduct of foreign business, “to urge the passage of wise and useful legislation and to oppose the enactment of prejudicial laws’ and to aid the development and maintenance of foreign trade.” That was back when BAFT was the Bankers Association of Foreign Trade, and it was purely a US organisation. It’s been fully global for a long time now, but those goals remain. 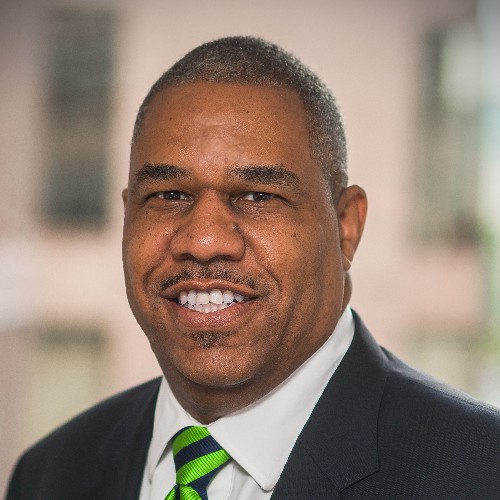 TXF: What's the recipe for surviving 100 years and helping finance a century of global change?

Tod Burwell (TB): At the association’s 100th anniversary celebration I sat down with some of the chairs from the past 25 years who shared the issues they faced at the time and what BAFT did. What struck me was that there were always significant issues and significant challenges, whether that was 9/11, a debt crisis, the global financial crisis, or some other issue that was affecting the entire industry.

And as chair of the industry association, the challenge was how do we rise to the occasion to help support members. That remains what powers and motivates all of us as a staff, as a board and as an industry. The balance of the centenary conference was forward-looking – although we did cover BAFT’s history – there was a sense of being in the new century.

The economic axes of the world have been shifting, as has geopolitics. The pandemic has really accelerated some of the trends that were taking place before, whether it's digitization, the implications of changing trade lanes, digital currency, etc. When I think about our role, we have to remain keen to the problems and challenges that our members are facing and the way we provide tools that will help them transition.

TXF: Are banks still the chameleons you characterised them as being in 2019 [before the pandemic]?

TB: The theme this year was more about the network and the importance of the network in connectivity. That was in a lot of ways brought on by the pandemic. When we talk about change, the first overriding theme is how we used to work before, forget it! That’s not how we will work going forward. Everyone has had to adjust how they how they go about their business, and their daily lives. CEOs and regional CEOs at our conference talked about how organizations are adapting for the next 10 to 20 years, whether that's having hybrid work arrangements or how they are truly committing to diversifying the workforce.

Sustainability has been a topic for the past couple of years, but it's become much more urgent now. And if you think about the workforce and the next generation of leaders, it's part of their DNA. The expectation is that organizations are going to have to be environmentally and socially conscious and they're going to have to be inclusive and diverse. And if you're not, then you're not going to be able to get the talent to drive your business. It wasn’t explicitly said, but the sense that I was getting is that organizations are changing because the people in them are changing.

TXF: One of secrets of evolution that has been important for BAFT is bringing up the next generation of trade bankers to hand on the baton through the Future Leaders program – can you tell us more?

TB: This has been one my personal favourite endeavours since I've been at BAFT and I’m super proud of having been part of this. It’s powerfully important that we as an industry prepare for the transition of leadership. We had our sixth class of Future Leaders just complete five projects and we’re a month away from preparing for our seventh cohort. We’ve already had the opportunity of seeing some of our Future Leaders becoming heads of transaction banking, or becoming members of our board of directors and to go on to do great things.

I sit on the board of an executive education program and we were discussing the curriculum for the next group of executive leadership development. The topics that were being discussed were exactly the topics that BAFT Future Leaders just spent 16 weeks looking into. It will be interesting to hear the takeaways from the executive leadership on those same topics and be able to compare and contrast with the findings of the BAFT Future Leaders class of 2021. We're excited about continuing this program. This year was our largest class, with participants from several new countries. It continues to grow and we look forward to taking it to the next level.

TXF: You mentioned environment, social and governance (ESG) and diversity and change which have been themes of the event and how to secure for the next 100 years. How is the ‘S’ – social – working together with the other elements of ESG in BAFT?

TB: Initially, when environmental issues and climate change started to come into the banking sector the focus was really on green bonds and how does a bank finance and enhance certain sectors versus others. Over the past year or so the transaction banking industry has found ways to better service their clients because their clients have taken on ESG much more assertively, much more aggressively in some cases.

European regulators have been one of the early ones to lay out some benchmarks for the industry, but it's been the private sector that has really driven this much more so than government policy over the past couple of years. The banks have found that they need to be very active and capable to serve the interests of their clients.

One bank CEO told me that around 70% of their clients have some sort of ESG initiative and that becomes part of their regular conversations. The shift has now started to move from the E to the S. And I connect this in some ways with the growing emphasis on DE&I [Diversity, Equity and Inclusion] as well. But it's got a very regional or local flavour to it because the role for organizations in society depends on which society you're talking about. One of the Future Leaders projects looked at sustainable finance, and another looked at DE&I. These are global issues, but the takeaway was that the needs of the market and the focus of the market varies drastically by localaity. And so not just the environmental piece, but the social construct and the role of the intermediaries [in both].

TXF: We’ve talked about ESG but in terms of also digitization of trade, central bank currencies, Libor transition, Basel III, the future of payments, all topics that came up in the Centenary conference, any highlights you're particularly looking forward to?

TB: Everything that you mentioned is something that we have an active workstream on. So there's no shortage of problems to solve! The issues around Libor and Basel III, prudential issues I look on as a core, steady state of things we need to do and focus on. Where the energy and the excitement will be in the next couple of years is clearly going to be around digitization, both in trade digitization as well as the future of payments and the role of digital currencies.

I reflect back on a lunch at SIBOS 2019 with some members of a central bank. I posed the question around digital currency and whether it was in the interest of central banks to really advance and being much more aggressive and assertive on the topic, as opposed to trying to stop the trend. At that time, there was a lot of pushback, scepticism, and a lot of uncertainty that digital currencies were in some cases being used for things that were not healthy for the overall financial system.

Two years on, we’re in a very different place. There are 60 or 70 different central banks around the world who have some projects to implement or advance digital currencies in their markets. That has the potential to fundamentally change how people transact. It has the potential to create a lot more inclusivity in markets where the underbanked are really challenged. It will also force banks to accelerate some of the innovations that they've been working on. So I am most excited in the next couple of years about the changes that will come from digitization in trade and flows.

BAFT’s virtual audience seemed to share some of Burwell’s enthusiasm for central bank currencies – asked whether they thought ‘do we need a central bank digital currency?’ Only 17% said ‘no’, nearly half (46%), said ‘maybe’ and fully 37% said a definitive ‘yes’. Watch this space.