Stages for change: Berkelaar on the gravity of cheering on change

“A reluctance to change is sometimes bred into people. Openness to change is important, and a certain level of self-reflection is essential in order to grow with the changing industry.” In this week’s instalment of the Stages for Change article series, Aife Howse speaks to Esther Berkelaar, global lead, portfolio risk, trade and commodity finance at Rabobank.

While the commodities industry is evolving with the wider employment sectors to become a more inclusive space, it remains a predominantly male-led business. A study by Catalyst shows that women make up nearly half of the financial services industry, but that less than 13% of women in finance make it to leadership roles such as CFO. Homing in on the commodity finance space in particular, women in leadership roles across the world’s largest commodity traders represent an even slighter fraction of around 5%, according to Bloomberg.

Esther Berkelaar, global lead, portfolio risk, trade and commodity finance at Rabobank, recently switched things up from a relationship management role to the portfolio risk side of trade and commodity finance, at a time when lenders attitude towards borrowers has undergone some drastic changes. In this Q&A, she speaks about the increased intensity and level of scrutiny amongst bank/client relationships, the adjustments that come with this, and the importance of welcoming change.

Aife: Tell me a bit about your role within Rabobank and the responsibilities it entails 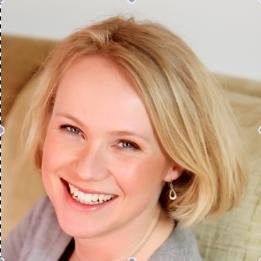 Esther Berkelaar (EB): About a year ago, I moved from the relationship management front-office side to a managerial role on the portfolio risk side of trade and commodities finance (TCF). I'm globally responsible for our portfolio risk, and that entails several areas of focus. Our global teams of credit analysts fall under my responsibility as well as the mid-office teams in our various locations, which monitor the positions of our clients on a day-to-day basis.

Portfolio risk management is also part of the activity. And additionally, certain bigger projects which affect all banks, in the commodity finance space in particular, but also in financing in general, such as Basel IV or certain other regulatory requirements that affect credit risk modelling, fall within my remit too. It’s a rather broad risk management role covering a lot of the risk issues that affect our portfolio.

EB: I fell into commodities. I studied financial economics, so my step into banking was not a strange one. I did internships with a few big production companies in their finance departments, and it was then that I realised that I would rather work for a company where finance is the core activity, and where I am held accountable for how much we make as a company.

I joined a small bank in the Netherlands that does not exist anymore, MeesPierson, which had a lot of specialized financing departments. You could choose whether you wanted to do a commodity focused internship or what they called specialized lending, where you would do your assignments at various other departments. The commodities markets are so dynamic and change so fast, and I still had to learn the banking ropes, so I opted for the specialized lending internship route.

For the first five years, I worked on the general corporate banking site at Fortis Bank, which is what MeesPierson became. After several years, I made the move to commodity financing which is the area that I've been active in for the past 15 years, always in relationship management. Our clients really force us to think ahead of the music. Traders, by nature, are opportunistic and chase their margins, and that's not necessarily where banks feel most comfortable. You have to investigate how you can mitigate certain risks and how you can make the transaction palatable.

Over time, first at Fortis Bank and later at Rabobank, I gained more and more experience on the agri side. My last role was heading up the commodity trade finance agri team for EMEA at Rabobank, and then this opportunity to obtain a more global, risk driven position presented itself. I've always tremendously enjoyed the combination of commercial pressure on the one hand, and the analytical challenge on the other one.

You need to make sure that you are adding new things to the mix for yourself. The past year has been a true deep dive into a lot of new banking features and topics. Although TCF is an area of banking that I was familiar with, 2020 was a stormy year. I wasn’t done with commodities, so adding new challenges to the mix was an obvious move for me.

EB: Most women I've spoken to for this series, and indeed otherwise, also say that they fell into commodities. What is it about the industry that attracted you to stay?

Esther:  This industry holds you once you get into it, and that's why a lot of people stick around. The everyday dynamic keeps you on your toes and requires you to be sharp. Whether it's a drought somewhere in Australia, whether it's unrest in eastern Ukraine, whether it's other threats or trade wars or changing food patterns in countries around the world, whether its overconsumption in certain countries versus famine in others - all of these have consequences on our day-to-day work.

No day is the same. It might be nice to finish what you actually had planned, but that hardly ever happens. It's never boring, let's put it that way. You're forced to think about the bigger things that are affecting society and the world.

Aife: You mentioned how eventful the past year and a half has been. Off the back of that, now that the world of commodity finance is finding its feet again, what's your most pressing industry concern?

EB:  In terms of lessons learned last year, several organizations, including ourselves, have been looking at what we can we improve in terms of better standards to create a healthier, more sound playing field, where banks do not compete against each other to the bone on pricing or structure.

We have to determine sound structures with solid checks to apply to our business; the Singapore government has initiated several projects in this respect. Also, the ICC has ultimately created a workstream, with several working groups focusing on this. It’s still a work in progress, and I hope that we can find enough participants in the field to sign up. One of my biggest concerns is whether we will be able to hang on to the lessons learned in the past year and apply them to improve industry standards going forward.

Aife: You're looking at ways to reassess the bank's operations internally, but has your approach to your borrowers, whether it's new borrowers or existing relationship borrowers, changed too?

EB: Definitely - we've taken a critical look at our client portfolio to ensure we are watching closely from a risk point of view, a strategic point of view, and from a commercially viable point of view. Client relationships have become more intense – the level of scrutiny that is required from us as banks does not just concern credit merit anymore, but also non-financial risks, regulatory risks, sanction controls, anti-money laundering, and increased fraud awareness.

We must thoroughly scrutinise the procedures that the client has in place, as well as the individual transactions that they offer us for finance. We just don't take just take a simple ‘yes’ or ‘no’ for an answer anymore, without verifying that answer via several other channels. But although the intensity has changed, this was already ongoing before 2020.

Aife: All that extra scrutiny sounds very paperwork heavy, a burden which the banking industry makes no secret of. I saw that Rabobank was on Sucafina’s latest deal – the first ever digital borrowing base with Komgo. How are you feeling about the potential of digital banking?

EB: Further innovation and digitalisation of our transactions is close to home within my current role. It reduces the risk of human error and frees up time. If certain automated screening processes can take over those more straightforward human processes, then there is more manpower available to focus on underlying risks and any other red flags that may pop up.

As I already explained, scrutiny has really increased. But certain parts of innovation and digitalization that we already embarked on prior to last year were slowed down as we adjusted to remote working. Then, of course, the commodities markets were so turbulent that protecting our portfolios was our prime priority. Establishing more innovative ways of working was secondary for the time being.

The pandemic brought about a change that people had to get used to and establishing more innovative ways of working remains a massive priority. Such a process takes time and effort and requires attention, but we will definitely go full speed ahead again with the trajectories that we already started.

Our clients will experience this increasingly as well. There are several other ongoing initiatives, like Komgo, to make our client contact more digital and safer – something that is very high on our agenda. If anything, last year underpinned what a top priority the digital agenda is. Sucafina’s digital borrowing base, in which we played an active role, is certainly the first of many.

Aife: It will be interesting to watch these developments unfold in the next few years. To round up, what advice would you give to somebody that would like a similar job to you?

EB: Ultimately, if you really want to get to a certain position, you must be genuinely interested in it. I had my financial economic background and a certain level of common sense, I suppose. But also, I enjoy commodity trade finance a lot and was motivated to further establish myself in the sector.

It’s also important to really love the product that you're working on and the output that you're contributing towards, and to be prepared to change alongside what is happening in the wider market.  I’ve been in this industry for about 20 years, and think that a reluctance to change is sometimes bred into people. At a certain stage I got confronted with my own reluctance to change. I was around 30 at the time, and I told myself that if I don't jump over my own shadow from time to time, I’ll be letting myself in for a tough career. Openness to change is important, and a certain level of self-reflection essential in order to grow with the changing industry.