Agriculture forms the backbone of many economies in the Pacific Islands. Despite their geographic remoteness, a handful of islands are quietly building burgeoning export industries in commodities such as cocoa, coffee and sugar and, in the case of Papua New Guinea (PNG), a value-added tuna canning industry. 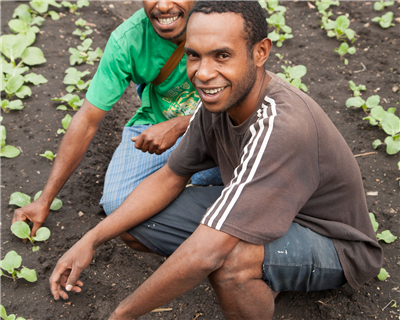 Agriculture forms the backbone of many economies in the Pacific Islands. Despite their geographic remoteness, a handful of islands are quietly building burgeoning export industries in commodities such as cocoa, coffee and sugar and, in the case of Papua New Guinea (PNG), a value-added tuna canning industry.

Resource-rich PNG is the region’s star draw. Although some traders and multinationals have historically viewed its shaky sovereign rating and high crime rates with trepidation, this is changing.

“We’ve seen a number of companies enter the market recently,” says Gareth Coleman, head of trade and supply chain, Papua New Guinea, at ANZ in Port Moresby. Traders and multinational companies are seeing in PNG a “tremendous opportunity to grow quite quickly”.

Nestle and Coke already have operations in PNG. Commodity trader ED&F Man has a well-established coffee trading business, Olam has trading operations in both coffee and cocoa and Ecom Agroindustrial is active as the sole offtaker of a local coffee trader.

One industry where PNG shines is fish processing, says Coleman. With a large exclusive zone in the central western Pacific region – source of 30% of the world’s tuna catch – PNG has long viewed fishing as an important revenue source.

But government ‘value add’ initiatives have in the past five years supported the development of a thriving tuna loining and canning industry, bringing thousands of jobs to an island whose tuna catch would previously be shipped to Thailand or the Philippines for processing.

PNG now has a handful of large canneries, including one that opened last year and employs 2,000. At least two more that will employ similar numbers are well under development.

Government stipulations that fishery operators fishing in PNG waters also invest in local canneries have helped, as has the EU’s granting of customs-free status to PNG canned tuna, notes Coleman.

Pre-export financing on the up

PNG is also a significant producer of cocoa and coffee, which ANZ supports through pre-export finance transactions. Funding against existing orders of sale is considered a palatable risk by the bank, which now aims to expand the limits it has in place for companies already trading in this space, says Coleman.

From initially focusing on the subsidiaries of multinationals, ANZ has over the past 18 months also started extending pre-export finance to nationally owned companies that may not have big parent-company balance sheets but have a proven history.

“When we’re providing this sort of financing, we do so on the basis of the product having already been sold. And the company that we’re providing the financing to has a successful track record of executing these sales orders,” says Coleman. “What gives us comfort is that there are orders in place.”

ANZ earlier this year provided its first pre-export finance facility in the Solomon Islands, to a small Asia-based cocoa trading company. As well as giving the trader access to finance that might not otherwise be available, the facility allows it to borrow in US dollars at a lower interest rate than if it borrowed in local currency, says Coleman.

The bank also provides pre-export finance for coffee growers in Timor – again, against confirmed orders – and for sugar in Fiji, where the nation’s entire production is exported via a single body, the Fiji Sugar Corporation.

Smallholders in Pacific islands face similar challenges to those in Africa and the Caribbean. Ninety seven percent of PNG’s land, for example, is held on a ‘customary’ basis by clans or tribes and is therefore untitled. This ambiguity creates challenges for banks, which cannot use land as security to finance farmers directly, notes Coleman.

But while microfinance remains at an “early stage” in PNG, organisations like National Development Bank “do have an appetite to go a little deeper in terms of providing grower loans,” he notes. The central bank also launched early last year a microfinance project that targets both urban and agricultural customers.

The variable size of PNG’s coffee and cocoa production also introduces a risk to lenders, with many smallholders producing only as much as they need to cover household expenses, rather than trying to optimise income. When the government introduced free education in the early 2000s, for example, production dipped suddenly as smallholders needed to earn less money.

Coffee, cocoa, oil palm/kernels and coconuts make up more than 90% of PNG’s agriculture exports by value. Arabica coffee is its most important crop, with more than 250,000 household farmers accounting for 70% of production. Cocoa production is once again increasing, having faced steady decline since the mid-1970s, as estates replant with higher-yielding hybrids. In only 20 years, oil palm has become PNG’s third biggest agricultural export by value and is viewed by some as a potential future rival for coffee.

Gareth Coleman will be presenting in the 'Best practices in agri value-chain finance' session from 11am to 12.30pm on Tuesday July 15th at the Fin4Ag conference in Nairobi. Fin4Ag is organised by CTA and runs from July 14th to 18th at the Kenya School of Monetary Studies.