The love affair between banks and traders is sometimes resented by producers, who struggle to access bank finance directly. But traders are the arteries and veins of agricultural finance, helping money flow right across the value chain, adding value with processing plants, and supporting smallholders with technical assistance. 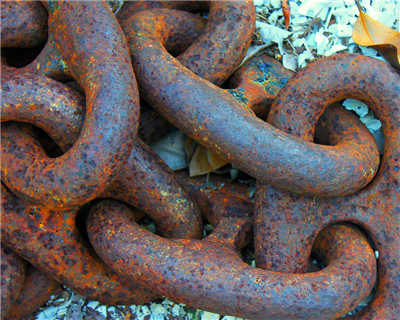 The love affair between banks and traders is sometimes resented by producers, who struggle to access bank finance directly. But traders are the arteries and veins of agricultural finance, helping money flow right across the value chain, adding value with processing plants, and supporting smallholders with technical assistance.

Bank financing “trickles down” to smallholders through traders, who often tap pre-export financing to pay their suppliers, notes Hans Bogaard, head of agribusiness at Rabo Development.

Traders are also helping modernise small-hold farming and providing a link in the value chain. “I think that’s the best guarantee for the future,” he says. “Because these value chains need to be better organised.”

Like most international banks, ING does not have a wide presence on the ground in Africa so is cautious about directly lending to individual farmers says Geert Bierman, director of commodity finance. Traders however are one channel through which international banks can help money flow to smallholder producers.

ING is, for example, part of a club deal with two other banks in Africa, focused on sustainably grown coffee beans. ING and its partners lend to the trader, which on-lends to producers. “By having a trader financing a wide portfolio of farmers, the risk is mitigated,” he says.

And in markets such as Brazil, where agricultural and commodity markets are sophisticated and well-regulated, ING sometimes finds itself competing head to head with traders to provide finance. “That makes financing a lot cheaper in those countries,” says Bierman.

As well as providing financial assistance to farmers by buying their produce and sometimes supplying them with inputs, traders help small-scale farmers become more efficient in their farming methods.

Some green coffee traders have more agronomists on their payroll than traders these days, says Bierman. “That is partly because it’s the right thing to do, and partly to secure good quality of coffee, cocoa or cotton when the market is asking for more traceable products.”

“Our work with farmers starts with training in good agricultural practices that usually takes them to one of the internationally recognised certification schemes,” says David Rosenberg at Ecom Agroindustrial Corporation.

“Roughly a quarter of our sales are now under one of the certification schemes, and we reach more than 250,000 farmers around the world with our agronomy services,” he says. “With that as a basis and a track record, then we can provide access to inputs and credit.”

Olam International announced in May 2014 it would add to its existing string of processing facilities across the world with a $61 million cocoa processing plant in Indonesia.

The facility will produce cocoa butter, cocoa cake and cocoa powders, sourcing mostly from 32,000 farmers across Indonesia as well as from a plantation on Seram Island the company acquired last year. Beans will also be supplied from Olam’s farmgate networks in Africa.

Ecom also has coffee wet mills in Uganda and dry mills in Kenya and Tanzania, as well as cocoa processing in Ivory Coast, Ghana, Nigeria and Cameroon.

Big traders tend to establish a presence on the edges of a continent first, for example setting up operations in Africa in Ghana and Kenya to begin with. They are extending their reach though, sourcing coffee, for example, directly from one-acre farmers in central Africa, says Bierman.

Smaller traders however usually lack the logistics to follow this example, so tend to source from ports at a lower margin. “It is harder for smaller traders to get a piece of the pie,” unless they differentiate themselves by specialising in niche crops or ethically stamped produce, he says.

Small and mid-sized commodity traders have long been overlooked by banks, which are only now starting to appreciate the vital role they play in agricultural value chains, according to Jacob Mwale, executive director of the Grain Traders Association of Zambia, which brings together 106 traders. “It was considered we already had money – we didn’t need any help.”

Traders support small producers not only by sourcing from them but often by financing their purchase of inputs like fertilisers and seeds, he says.

They face challenges of their own though. Bank financing is too expensive – a cost that smaller traders have no choice but to partly pass on to farmers.

Government intervention is another risk that restricts their ability to do business. Uncertainty over the Zambian government’s participation in the market on the buying and selling of maize, for example, makes it difficult for Zambia to fulfil its potential as a major regional exporter, he says.

ING officially integrated sustainability into its commercial strategy around three years ago. Although the bank had already implemented robust social and environmental risk management policies, this was “more directed at preventing harm,” says head of sustainable lending Leonie Schreve.

Now, ING actively looks for positives, trying to identify clients that have an outstanding sustainability performance and that go the extra mile in terms of meeting international certification schemes or sourcing from smallholders. The bank’s sustainable lending team looks closely at all deals as they come in and opens a dialogue with clients to see if there are any ways it can help make their transactions more sustainable.

Clients have responded well and are keen to share the efforts they are making, she says. Sustainability is of course an evolving concept. “What is considered sustainable today may not be labelled sustainable in five years’ time.”

Credit committees are also starting to take sustainability into account. “We still need to get our money back, but if a decent deal is proposed that has the additional benefit of helping people in the developing world, it is a plus in the decision process,” says Bierman.

“Companies who work with a longer-term view of things tend to be less risky,” he explains. “And so a good, decently run company with an eye on the environment and the world around them should have a lower risk profile, and lower pricing.”

Meeting sustainable criteria also helps banks get organisations like the International Finance Corporation (IFC) on board with guarantees or co-financing that also reduces risk.