Rising oil prices dampened trader’s profits last year as the market moved from contango to backwardation, and many of the larger houses are already starting to diversify away from the sector. Added to growing ESG awareness among shareholders and lenders, and electric vehicle uptake – what some traders are losing on oil, they are looking to replace long term with metals, LNG, and renewables. 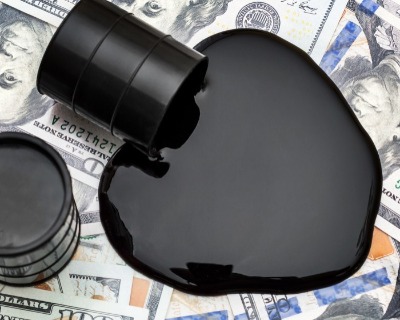 Oil’s increased price has been a challenge for major commodity traders over the past year, with profits at many large players dropping in 2017. Trafigura, one of the world’s largest oil traders, saw a 50% drop in profit in the first half of last year while Gunvor reported a 48% drop.

Oil prices rose from multi-year lows of 2014 to between $70-$80 a barrel with traders struggling to adapt their books to a challenging energy landscape. The same traders had booked major profits in the previous years when oil prices were low through so-called ‘cash and carry’ trades, but this arbitrage has now been hampered. It was previously possible to purchase and store cheap oil and then trade it by reacting to price differentials around the globe, but this is no longer the case.

As Jean-Francois Lambert, founder of Lambert Commodities, tells TXF: “Traders had to adapt to difficult market conditions in the past year which may well continue into this year. For instance, in the energy sector at the beginning of the year, traders had to restructure their entire crude oil book as the market shifted from contango to backwardation.”

This shift in the market required the biggest traders to move even greater quantities of oil than ever before, with margins on each barrel now razor thin. Trading increased volumes has become part of the norm for the industry’s top players for many years, but the oil price change is not the only difficulty they have to contend with. Traders have sought to increase the size of their credit lines to cover the rising price of oil. As one Amsterdam-based banker notes: “Profitability for most trading houses has decreased compared to earlier years which has an impact on credit quality. Another element here is Libor doubling over the past year.”

The complex arbitrage between global supply and demand has not been aided by the sabre rattling exhibited by the US and China over tariffs and trade. The imposition of a 25% tariff on imported goods has removed the possibility of arbitrage on US crude into China for traders as trade war fears begin to materialise.

Such geopolitical risks are not new and in the past might have been welcomed by traders. When Libya’s civil strife erupted in 2011 traders pounced on the opportunity to buy crude from Libyan rebels in exchange for fuel. Vitol, among other traders, took a gamble and thus positioned itself to play a significant role in the country’s oil future. The same can be said for oil pre-payment deals out of Kurdistan and other otherwise risky areas worldwide. However, trade war fears mean risks are higher than ever because trade volumes have grown exponentially. Trading houses' long-term competitiveness is achieved through volume and market share dominance, forcing them to make bigger and bigger trades to achieve necessary volumes. For most this increased geopolitical risk has the impact of forcing changes to both long and short positions held by traders.

As one London-based commodity trader tells TXF: “Trade war fears are certainly something to be considered as a threat. Unlike previous issues with different regimes which represented opportunities this current scenario is more of an economic headwind and is largely unhelpful.”

Ongoing issues in Libya, alongside the collapse of Venezuela’s output and further tariffs on Iran from the US have all blunted oil supply in recent years. With the effects of Saudi Arabia and OPEC’s increased production yet to be fully determined the consequences for oil trading profits are increasingly dependent on geopolitics.

Added to the list of concerns for oil trading has been a re-imagining of peak oil’s timeline. Previously believed to be a long-term issue, estimates for peak oil now range from the optimistic 2050 to the alarming 2020 according to analysts. While oil will remain intrinsic to global markets for decades to come, its importance is expected to wane as electric vehicles and other oil-less, more environmental alternatives take precedence in the future.

This has been evident in the large-scale divestment campaigns which are beginning to hit the boards of oil giants, reducing their flexibility regarding new projects. A recent survey by Rystad Energy pointed out that capex spending by oil majors is projected to fall by almost 50% to $443.5 billion from $875.1 billion between 2010-15.

The drop off in the second half of the decade brings into question the viability of constantly increasing oil demand as long term capacity from many companies begins to diminish. Abandoning mega projects such as those in the Canadian oil sands and the Arctic, previously the raison d’etre of oil majors, has brought the divestment debate to the fore even with oil demand rising by 1.7 million bpd annually. Recent decisions by the Church of England, the Irish government, and some of Shell’s shareholders to critique or move away from fossil fuels has alarm bells ringing following the Paris Accords.

For traders the possibility of sourcing from other outputs has never been an issue, but forward planning is key to ensuring that trading remains profitable given current market conditions.  This has led to the prevalence of pre-payment deals to ensure long-term supply for traders. Although partly offset by a fall in oilfield development costs, the drop in long-term investment has coincided with oil majors and traders ploughing more capital into shorter-term projects, which pay off quickly, as well as renewable energy and LNG.

Vitol, the world’s largest oil trader, recently made such a move by investing $234 million in partnership with renewable investor Low Carbon to fund renewable energy generation in Europe.

Importantly, the shift towards renewables is being driven by investors wary of global warming. While oil will still be eminently tradeable for many years to come it can no longer be relied on as the sole or majority income source for traders.

One of the key trends that emerged during the oil price rebound was the concurrent profits rise in metals trading. Years of difficulty for the mining industry following a drop-in metals prices saw chronic underinvestment with many majors only now starting to see the benefit of a rebound in prices. The supply constraints partly caused by mining underinvestment and potential for higher future demand on the back of an EV boom has opened lucrative arbitrage opportunities for traders. This has been clear with Trafigura which for the first time in its history made more than $1 billion from its metals business with profits increasing by 52%. Fellow trader Mercuria, among the world’s biggest oil traders, also traded more metals last year and shifted 33 million tonnes emphasising its increasing importance.

As Lambert adds: “Metals proved to be quite profitable last year, but it’s likely that Chinese demand will slow down slightly. Obviously electric vehicles are part of the picture but that is still quite a long-term play in terms of real demand.”

Aluminium, zinc, copper, cobalt, and other minerals are high on the list for traders with the global economy fuelling demand for metals. Evidently only those traders who have been making moves into the space are able to benefit from these markets with timing everything in such a competitive industry. Guvnor, for example, moved into metals in 2014 while prices were in a sustained depression leading them to exit metals trading shortly afterwards by selling its trading book to Singapore’s Kyen Resources in 2016.

As the London-based trader adds: “We’ve now seen a normal cycle with regard to metals prices being low but now rebounding along with industrial demand in many key regions. The most significant supply and demand mismatch currently is in areas like copper for example with the demand projection for electric vehicles on the horizon.”

With trade war fears and tariffs also driving the price of many metals, such as US steel and aluminium, many opportunities remain for savvy traders. For larger companies such as Glencore it may be more of a struggle, not least because of sanctions and resource nationalism, with new tariffs potentially impeding the miner-cum-trader’s ability to navigate markets.

For those traders without a functioning or large-scale metals division the other great hope of the commodity trading industry remains LNG. A much less liquid but growing market, traders have been quick to realise the potential of LNG with the US market becoming a hotbed of opportunity. This is true of Gunvor who despite having no metals trading department to speak of have made it clear that LNG is part of the future. The Geneva-based trader’s foray into the US has been a costly endeavour to date but now provides the company with ample access to shale markets with Gunvor trading 20% more in 2017 than the previous year. The same is true of Switzerland-based Vitol which increased its volume of LNG trading by 185% to 7.4 million tonnes in 2017.

The key region for LNG demand, as with many other commodities, has been China with other Asian economies also taking advantage of this burgeoning industry. Pivotal to LNG’s emergence has been the desire by previously coal heavy economies to reduce the environmental strain caused by carbon emissions. LNG has also been a particularly profitable market in China where there is a real effort to reduce coal use meaning traders are gearing up to challenge in this market. Offtake agreements have been key to this shift while traders have also sought preferable contracts with FLNG operators across southern Africa and Asia.

The future of commodity trading will likely continue to have oil at its heart but going forward traders will begin relying on a variety of energy and commodity markets for profitability. Environmental concerns will only increase while trades become larger and larger in rapidly changing conditions.  For now, the only certainty is that at some point traders will need to look beyond oil for growth.