Is the OECD Consensus still fit for purpose?

OECD exporters and ECAs often cite the need to modernise the OECD Consensus on export credits. The International Working Group on Export Credits (IWG) is making progress – but will the IWG guidelines provide alternative rules to the OECD, or will it run alongside them? 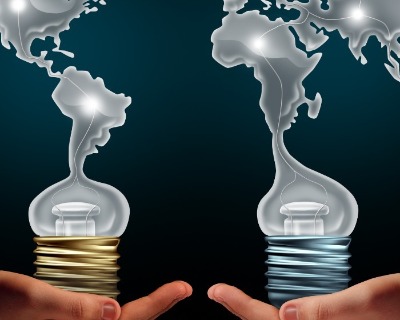 Given global trade is under threat of fragmentation amid protectionist tendencies, the need to modernise the OECD Consensus around export credits grows. The Consensus, officially known as the ‘Arrangement on Officially Supported Export Credits’, was established in 1978 to stop OECD member countries gaining advantage over each other on the price of export credits. But as the Consensus passes its 40th birthday, it’s widely seen by the trade and export finance community as creaking.

Chinese style financings, which are increasingly blurring the lines between tied and untied lending to circumvent the Consensus, have put pressure on OECD exporters and ECAs to ask for clarity over the OECD Consensus itself. While the top brass of export finance continue to discuss ways to level the playing field between non-OECD and OECD countries, very few have evidence of progress. In fact, some aren’t aware the Consensus is under reform.

The International Working Group on Export Credits (IWG) – an Obama administration-led initiative set up in 2012 – has made some headway in having a more collaborative and productive debate around rules for export credits. Seven working groups were established one year ago bringing together OECD and non-OECD countries, with Brazil and China taking leadership roles. But, the often complex, heterogeneous discussion around themes such as pricing and sustainability are not going to build a new Consensus overnight.

Most OECD members are high-income economies, but the likes of China, India and Brazil were not major exporters when the Consensus was established 40 years ago. Now these non-OECD countries are throwing money at the table and winning projects and export contracts with attractive pricing, longer tenors and a lack of OECD constraints. Coupled with speedy due diligence procedures and large ticket coverage, sponsors are finding Chinese-style financings especially hard to ignore.

OECD exporters have lobbied to no avail for an ‘exporters' union’ to highlight the need for a level playing field among exporters and ECAs, globally. More traditional OECD ECAs, such as UKEF, SACE and US-Exim need to start looking to China, and newer OECD member countries like Korea (which only joined the organisation in 1996). These countries are providing ECA debt in tandem with Overseas Development Aid (ODA) to win operation and maintenance contracts for social infrastructure schemes, and in turn, opening up entirely new supply chains and trade flows. European ECAs need to start thinking about such blended financings in order to compete head on. UKEF recently hinted at such an offering, but there are apparent legal issues for European countries around providing ODA and ECA debt as a packaged financing.

Interestingly, Japan and Korea and their respective ECAs, JBIC and Kexim, are not constrained by the OECD Consensus for untied export credits or investment financings. This means despite being OECD member countries, they can win projects and export contracts from more traditional OECD ECAs. However, Chinese ECAs have the option to adhere to the OECD Consensus for either tied or untied financings, but this does not mean there can’t be cooperation.

For example, China’s ECA Sinosure has extended around $130 billion in supported financings to Belt and Road Initiative countries and the scheme will bring more opportunities to all ECAs, especially on complex, multi-sourced project financings. In fact, Sinosure already has reinsurance agreements in place, for example with Euler Hermes and Sace. But Sinosure has not readily facilitated this offering, so far at least.

There’s still no clear timeline on when any IWG export credit guidelines will surface from these working groups, and what these solutions will look like. Will the IWG guidelines be an alternative to the OECD Consensus, or will it run alongside them? And, unlike the ‘gentleman’s club’ of the OECD Consensus, will it provide a set of standalone legally binding rules for non-European OECD countries?

Large-scale project financings are increasingly demanding more EPC contractors, components from around the world, and different pools of liquidity. There are lessons for both non-OECD and OECD exporters and ECAs, especially when they meet on large projects. But creating a level playing field will take a long time regardless, and competition will always exist.

Sponsors swayed by attractive Chinese financings and contractors, European exporters trying to find local content requirement flexibility to win contracts, and lenders and ECAs looking to support economically viable projects, are waiting for clarity over the IWG’s discussions, and to see how sound the initiative’s regulatory fundamentals are. But regulatory progress in the export finance world is slow, if the so-called Basel IV’s impact on sovereign risk exposures and leverage ratio requirements are anything to go by.

Will the IWG Guidelines create a more level playing field for non-OECD and OECD ECAs to promote their countries exporters? Or, will it just make the opaque regulatory waters in which export credits swim, another shade of grey?

EV Charging Infrastructure: Balancing the funding equation
Electric vehicle (EV) charging infrastructure is potentially the next big core market for project lenders and investors. But like mobile telecoms and broadband before it, the funding market for EV needs more certainty – risk mitigation, standardisation of technology and vehicle supply chain growth – before committing to the pricing and funding volume required to turn the sector mainstream.

Shop talk: VTB on evolving ‘Sino-Russia’ relations
Igor Ostreyko, managing director of trade and export finance at VTB, and Anna Ponomareva, head of ECA and agency finance at VTB, discuss product innovations in a post-sanction environment, and how the state-owned bank has become the only Russian lender to tap Sinosure cover.

Risky Business: Africa terrorism, regime risks and corruption but still relative stability
TXF and Coriolis Technologies’ country risk index investigates the trends in trade weaponization in Africa. Rebecca Harding, CEO of Coriolis Technologies points to increased terrorism, political risks and the double-edged sword of China’s BRI. This is the last in this series of seven insights.

Trade finance funds: Confidence dips on Shinhan retreat
Shinhan Capital’s recent redemptions and BAF Capital’s winding down of BLTFF have focused attention on inefficiencies in the trade finance fund market. The extent of the ripple effect on investor confidence has yet to be seen, but it is likely there will be some casualties among less specialist fund managers that have entered the trade space.

Kernel to finalise PXF one-year extension
Kernel Holdings is set to sign a one-year extension on its existing 2.5-year $100 million pre-export facility (PXF) dedicated to its grains business. The deal will extend the maturity…

Sofia Airport bid deadline extended to next month
The deadline for bidding for Bulgaria’s Sofia Airport concession has once again been extended, to the beginning of next month. Ferrovial and Fraport were…