Pulling the plug on TSU and the wiring of trade finance: What next for BPO?

Now that SWIFT’s Trade Services Utility (TSU), the matching application that underpinned the Bank Payment Obligation, is on its way out, the wiring of trade finance needs looking at. Katharine Morton warns that it can feel like explaining how electricity works. 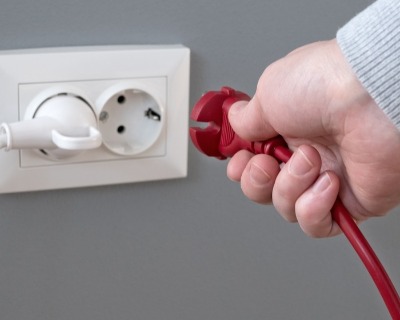 Not with a bang, but with a whimper, SWIFT will unplug its Trade Services Utility (TSU). When you have been the unloved child for more than a decade, it is not surprising that something was going to give, but when the end came, it was still a slight shock. TSU, which currently underpins the beleaguered Bank Payment Obligation (BPO), will cease to function after December 2020. SWIFT didn’t want to put out a press release on the subject, but insiders say as few as 18 banks were using it. Some of those users are not happy.

“SWIFT’s announcement they are pulling the plug on the TSU does not come as a surprise,” says John Bugeja, managing director of Trade Advisory Network. “Other than its function as a transaction matching application supporting the BPO, the TSU offers very little real value to banks and, though I don’t have the figures, I suspect that SWIFT have never got close to recovering their investment in TSU as take up has been so low.”

As one industry insider who didn’t want to be named says, “I do understand SWIFT’s decision as the cooperative has spent more than 10 years commercialising this product with limited bank appetite. With blockchain being rolled out now, this kind of messaging/matching model has become outdated. However, one has to consider that blockchain is not yet proven and if banking groups are using the ICC BPO trade settlement instrument with dozens of corporates, those banks and corporates will have to find an alternative solution, unless blockchain can take them over. The question is: which technology player will replicate the TSU in order to further support those BPO banks?”

At the ICC Banking Commission in Beijing as the news broke, rumours were that essDOCS would take over running TSU from SWIFT. That did not come to pass. Some of the BPO banks present in Beijing were not happy about any hiatus. “Those banks that are active users of BPO will, however, regret its passing as the TSU has, in effect, been the only game in town with regard to data matching,” notes Bugeja.

As recently as February 2019 the ‘BPO Commercialisation Group’ put out a paper under the aegis of Commerzbank on the instrument’s future. The group comprises MUFG, BNP, Commerzbank, JP Morgan, Standard Chartered, ANZ and UniCredit, and forms part of the ICC Working Groups on Digitisation in Trade. “The group has proposed an update to the Uniform Rules for Bank Payment Obligations (URBPO), extending them to better reflect the direct benefit the BPO offers to corporates and to enable risk mitigation in other emerging technologies. It is hoped that, with this measure, more corporates will seek BPO transactions – in turn placing more pressure on their banks to adopt the instrument,” the paper noted. It also asserted that as many as 40 banks were offering BPO trade handling.

I discussed BPO at the TXF/BNY Mellon roundtable in Istanbul last summer. The instrument had gained quite a bit of traction with Turkish banks – among them TEB, Akbank and Garantibank, which all had/have live BPO programmes. Back then, there was a level of discontent that SWIFT was ‘demarketing’ the instrument. Now that demarketing appears to some to have turned to active inactivity.

Explanations of how things like electricity work can end up like sounding as credible as saying it’s all about goblins with tuning forks. You will forgive me being equally credulous about how the transmissions of trade and payment services of trade work, and the somewhat glum and confusing acronyms that often wind themselves around trade. However, it is important to look at what TSU was and why was it needed.

TSU itself hasn’t been around that long. It arrived in April 2007 after a lengthy gestation. It can be defined as SWIFT’s ISO 20022 compliant interbank messaging and transaction matching engine which is centralised (in the cloud). “The TSU enables the accurate matching of structured data. As a result, it facilitates value-added supply chain services such as finance programmes, cash forecasting and liquidity management,” according to SWIFT’s own definition in its marketing documentation. In short, it was a transaction matching application (TMA in the jargon). The BPO, meanwhile, remains a legally binding promise to execute payment for goods or services, based on the successful matching of agreed electronic trade data.

Bugeja goes deeper into why there isn’t a simple fix for filling the gap that will left by TSU. “Though URBPO is supposed to be technology agnostic, in practice the stipulation that data messages must be ISO 20022 compliant and purchase order/transaction data must be matched using a TMA means that the latest distributed ledger technology-based solutions cannot be URBPO compliant,” he says. “This is a shame as the definition of BPO is otherwise still quite functional.” He continues, “Of course BPO still suffers from the defect it was born with (it is a bank-to-bank instrument to which the principal parties in a trade transaction are not party), which was one of the reasons take-up was poor.” Those banks that have adopted the BPO will nevertheless be disappointed.

“There is nothing to stop an alternative tech provider developing a TMA and this may prolong the viability of BPO somewhat,” Bugeja adds. “The development of URDT (Uniform Rules for Digital Trade) will, I believe, provide a sound basis for all digital payment commitments in the future and there is no reason why something like a BPO could not be developed to address the need for a bank-to-bank instrument, using whatever technology is most effective.”

Alexander Goulandris, CEO of essDOCS is positive about URDT. He told TXF, “The true successor to URBPO should be the newly emerging URDT, which will fill in many of the omissions in URBPO and [will] be technology neutral, enabling blockchain/DLT solutions as well as central matching engines (TMA) or equivalent.”

This, of course, will take time. “URDT v1.0 likely will not be published until late 2020/early 2021 and will then require one to two years for the regulator to determine capital allocation requirements,” Goulandris says. That means there will likely be a gap between the end of TSU and the ability to use a new TMA or a DLT solution under URDT.

“As such I would expect a new TMA (or two) to be commercialised to allow people to continue to use URBPO for the next few years until URDT is ready for commercial/scalable use…or there is a significant possibility that we will have a fallow period where fully digital trade isn’t feasible at scale.” He goes on to add, “In my mind, the eUCP [electronic Uniform Customs and Practice] still isn’t fully digital, because of the need to manually reconcile eDocs and the LC.”

At the heart of the debate remains the question: is SWIFT a messaging service or a confirmation service? Can it be both for trade? SWIFT’s global payment initiative (gpi) holds a lot of positives for the future of transparent, cross border payments but it is still a product that lacks a financing tool attached.

The BPO could be allowed to evolve, which is certainly a time consuming process, but is there a sufficient will? “Why BPO wasn’t properly made into an electronic LC at the outset is complicated,” says one insider.“The banks running SWIFT stymied it at the time. Maybe they can go back to basics with BPO but LCs do still make banks money.”

And for a system that doesn’t readily engage with the desires of the end users – the corporates –  it’s surely not just a matter of better explaining the wiring in order fully to bring this kind of digitisation to financing trade.

Now time to get up to speed on the markets.

ADB's bid to standardise Suspicious Activity Reports in trade finance
TXF spoke with Steven Beck, head of trade and supply chain finance at the Asian Development Bank (ADB), to find out more about the development bank’s year-on-year growth in supported trade, as well as its latest initiative to create a standardised approach to the reporting of Suspicious Activity Reports (SARs) by banks to regulators.

Roads all the rage again?
March’s financial close of the Autopista al Mar toll road concession is a very welcome step in the evolution of Colombia’s 4G highways PPP programme.

3iEOPF completes DISA acquisition
The 3i European Operational Projects Fund (3iEOPF) has completed the acquisition of DISA Assets, owner and operator of a fleet of 54 new Alstom trains on lease to Abellio Rail Mitteldeutschland for use on its 14-year Saxony-Anhalt concession.

Canadian Solar sells-down Latam assets, while courting UKEF
Canadian Solar has agreed to sell-down its 80% interest in a 480MW portfolio of solar parks in Brazil to Nebras Power.

Chrysaor upsizes RBL to $3bn for North Sea asset acquisition
Chrysaor Holdings is expected to close a $3 billion reserves-based lending (RBL) facility at the end of 2019 to finance its $2.675 billion acquisition of ConocoPhillips’ North Sea oil and gas business in the UK.