A stack of Mexican government policies in the energy space - supposedly implemented in response to the Covid-19 pandemic by Lopez Obrador's government - has forced project sponsors to take government agencies to court in order to bring renewable projects online. But can DFIs help provide further comfort to investors and banks looking to exit the sector? 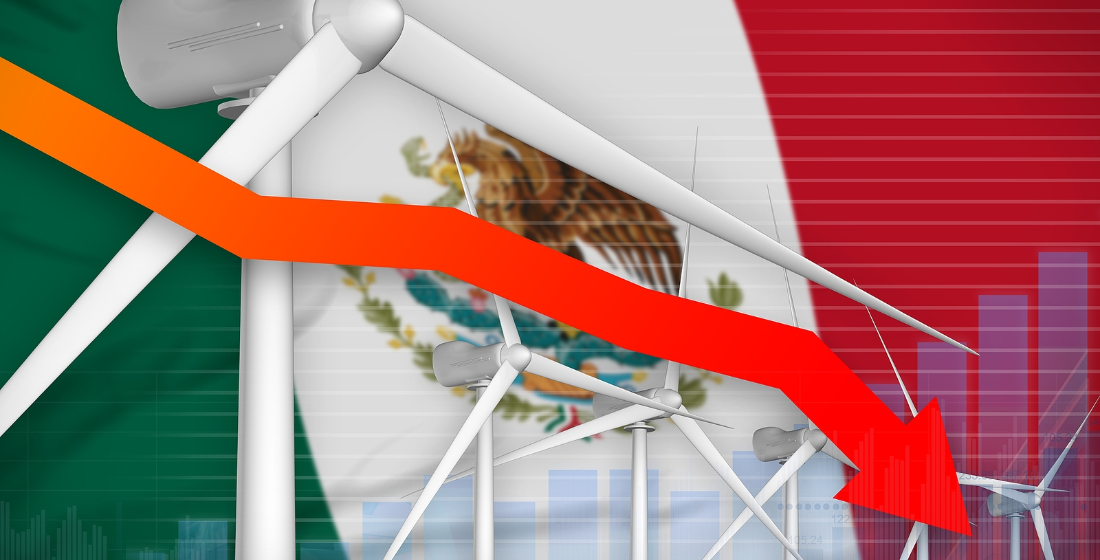 The Mexican government is aiming to meet 35% of the country’s electricity demand with renewable energy sources by 2024 - and 50% by 2050. Last November, those goals came one step closer to realisation after the 721MW Golden Eagle solar and wind portfolio reached financial close on a DFI/ECA-backed financing. Seven months later, those assets are under threat from the incumbent government’s new policies related to the energy sector.

From elation for Mexico's energy market reforms under Enrique Pena Nieto in 2014 to dismay under centre-left populist Andres Manuel Lopez Obrador (AMLO) in 2020, foreign investors, Multilateral Development Banks (MDBs) and Export Credit Agencies (ECAs) have certainly got a full taste of the polarity of political risk in the country.

Under the Neito government it was an exciting time for everyone involved in Mexican renewables. The energy sector had been monopolised by Mexico’s state-owned energy supplier Comision Federal de Electricidad (CFE), limiting private participation for more than 75 years, until Nieto introduced a long-awaited constitutional reform in December 2013 which liberalised the sector into a competitive wholesale market.

But now, under AMLO, joint sponsors of the Golden Eagle portfolio - France’s Engie and Tokyo Gas - have been forced to respond to a constantly oscillating regulatory environment.

Engie has since had to take government agencies to court to be allowed to bring the projects online. And grid operator Cenace stopped the interconnection of solar and wind projects from 29 April until further notice, claiming grid stability was at risk because of the intermittency of renewable assets and low power demand due to Covid-19.

However, critics of the government have accused it of using the pandemic as an excuse to attack renewable energy and private sector investors. Engie was one of 16 companies that obtained legal protection from the courts to begin operations at its wind and solar projects while judges decide whether or not the policy was legal. The other sponsors include Italy's Enel and Spain's X-Elio.

Judge Juan Pablo Gomez Fierro of the second district court in administrative matters granted a suspension of the policy on 18 May, allowing 23 projects to interconnect to the grid. As a result, Engie's projects should be able to start operating once engineers from CFE have visited the sites and signed off on the projects, though that has yet to happen.

The market consensus seems to be that while CFE can push back those projects, legally they should be allowed to start operation. Meanwhile, Cenace and CFE have pledged to fight to have the court order lifted. "The courts prioritised private interest over the interest of the general population, embodied in the human right to a dignified life, of which access to electricity is part," CFE declared on 20 May.

The roots of the Golden Eagle transaction go back four years, to the first renewable energy auctions held by Mexico as part of broad energy market reforms that – in stark contrast to the position of the new government – aimed at attracting international capital to the sector.

Among the many foreign investors that this programme appealed to was Engie, which set about designing a fleet of projects with its engineering subsidiary Tractebel. Engie duly won contracts for its projects in the second and third renewable auctions in 2016 and 2017.

The Golden Eagle portfolio comprises six projects with 15-year PPAs and 20-year clean energy certificate deals with Cenace. On the strength of the PPAs, Engie brought in another foreign investor – Tokyo Gas – to co-sponsor in the portfolio via a 50:50 joint venture named Heolios EnTG.

For Tokyo Gas, the joint venture represented a marquee deal, as it was its first in Latin America. The expected date for the investment decision was penciled in for May or June 2018, but the deal was delayed by the process of raising project finance.

The 18-year $444 million debt package was provided by a club of five lenders, including DFIs Proparco and Bancomext, as well as international banks Credit Agricole, Natixis and BBVA. Denmark’s ECA, EKF guaranteed a portion of the commercial debt, which was structured as six separate project-level construction loans, which are not cross-collateralised, bridging to a conditional holding company financing. Shearman & Sterling provided legal counsel to the sponsor, while Allen & Overy acted for the lenders.

Once the construction period ends, the individual loans novate to the holdco. The transaction also includes the option to finance an additional project during either of those phases. With the joint venture in place, the sponsors began to put up capital. Besides the $444 million in debt, the joint sponsors each provided $181 million in equity, bringing the total investment in the Golden Eagle portfolio to $806 million. Tokyo Gas participated through a subsidiary called Tokyo Gas Renewable 1, which was established on 31 August 2018.

Market participants and lobbyists say the measures introduced by the Obrador administration since then are likely to have a chilling effect on foreign investment in Mexico. As recently as February, Engie was actively developing other projects in the country, such as a pair of solar projects totalling 553MW in the state of Tlaxcala. The sponsor was planning to invest a total of $183 million in the projects.

But the development of these early-stage projects could also be slowed by new rules introduced by the Secretariat of Energy on 15 May. "Investors are scared," says a deal watcher in Mexico City, who also points to the possibility of Mexico losing its investment grade sovereign rating. "Some are already making exit plans."

Given much of the growth of Mexican renewables has been financed by MDBs, with ECAs also a key part of the funding mix, sponsors will increasingly rely on multi-sourced debt to provide comfort to commercial banks going forward. The role of European ECAs will become even more important in the sector too, especially now there is a new-found focus on the global energy transition.

Will DFIs start to take equity in Mexican renewables projects to help distressed sponsors get future deals across the line? Or will other ECAs start bringing in their relations banks to fill the gap left by commercial lenders' waning appetite for project debt stapled in red tape? Either way, it will take some time until this nascent sector finally matures out of project finance adolescence, especially as AMLO continues to stunt the growth of this once booming market.

How much of the $1.5trn trade finance gap can tech bridge?
The $1.5 trillion trade finance gap is a heavy burden for SMEs in emerging markets, one which financial institutions have long sought to ease. In partnership with Comarch, TXF hosted a webinar to consider the extent to which technology can bridge this gap.

DEWA invites final bids for Hassyan water reservoirs
Dubai Electric & Water Authority (DEWA) has set a deadline of 12 August for prospective developers to submit bids for the construction of water reservoirs near the Hassyan IWP in the UAE...

Ashghal extends bid date for STPs
The Public Works Authority of Qatar (Ashghal) has again pushed the final bid date for the Al Wakrah and Al Wukair sewage treatment plant (STP) scheme back, this time to July 14. Of the seven teams...