The 11th edition of the ICC Global Survey on Trade Finance incorporates the views of 346 respondents in 85 countries - from international banks to regional and local banks. And this year, a supplementary survey helped to shed some light on the impact of the Covid-19 crisis on trade flows and trade finance. 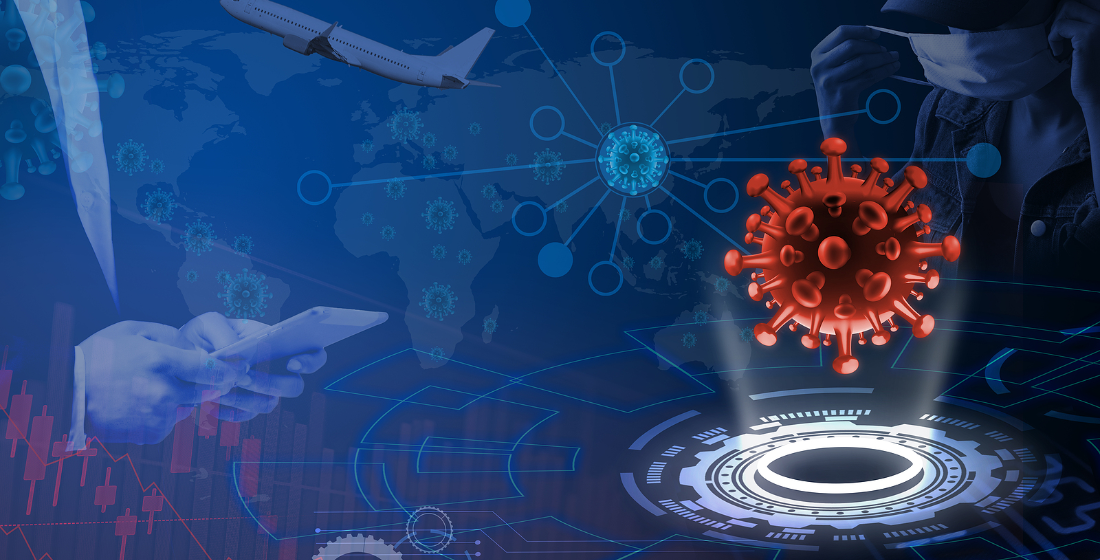 “The year 2020 has not unfolded as anyone would have anticipated,” says John Denton, secretary general of the International Chamber of Commerce (ICC) in his foreword to the 11th edition of the ICC Global Survey on Trade Finance. He is not wrong. But there are positives to be drawn from what tends to seem like a perpetually negative situation for the world of trade.

With supply chains interrupted and the physical movement of goods curtailed in response to the Covid-19 pandemic, global trade as we knew it in ‘pre-Covid-19’ times has been disrupted to unprecedented levels - at least since WWII.

As the only private sector organisation with a permanent seat at the United Nations, ICC has an integral role to play in supporting the international response to the pandemic. And with reach across global businesses, ICC as an institution, which represents more than 45 million companies in over 100 countries, is uniquely positioned to marshal key evidence to guide policymakers through their vital decisions.

In its most basic role, ICC aims to promote and protect open markets for goods and services and the free flow of capital - a mission statement which is more relevant than ever in the Covid-19 epoch.

So this year’s survey - which was conducted by the ICC Banking Commission over an eight week period, from February to March 2020, in partnership with Boston Consulting Group (BCG), TXF, SWIFT and the Asian Development Bank - is perhaps its most important yet.

BCG supported the survey with data collection, aggregation of results and analysis of the survey data. Given the rapidly advancing pandemic, a supplementary survey was conducted to begin to understand the impacts of the pandemic on global trade and trade finance.

The profile of the 346 respondents varies widely, from large multinational banks serving customers around the globe to small local banks with few customers and low trade flows. The diversity of respondents reflects the structure of the trade finance market. Although, the most represented regions in the survey are Western Europe at 32% and Asia-Pacific (APAC) at 30%.

A slice of analysis from the survey...

Since 2000, global trade flows have trebled from $6.2 trillion to $18.1 trillion in 2019 – growth now widely acknowledged as having been enabled by trade financing, which provides liquidity and risk mitigation solutions for importers and exporters, allowing them to transact with confidence across borders.

The strong growth in trade finance over the past two decades looks set to continue as we enter the 2020s. The 2020 Global Survey indicates that banks continue to see trade finance as a growth area. Across the board, respondents indicated their ambitions to expand their trade finance arrangements to new clients, products and geographies.

The importance of this activity was brought sharply into focus at the peak of the global financial crisis and in the intervening years, where ‘real economy’ activity like international trade moved to the forefront of the recovery. The priority assigned to transaction banking, including trade financing, within financial institutions was raised in consequence.

Respondents were asked to identify which options they are considering in growing their business. 77% included “transitioning to digital” in their selections. Encouragingly, 61% indicated that they were planning to “expand product offerings”, whilst 54% indicated that they will be “expanding their market participation”.

Only 3% of respondents answered that their banks were planning to either reduce their product offering or their market participation – demonstrating the optimism many banks have in their trade finance business.

These results are significant for the industry and reiterate the point that trade finance is continuing to evolve. Although the transition to digital has been slower than for other banking products for well documented reasons, over the coming years this digitisation will materially shape how trade finance works and the types of solutions offered.

The shift away from the paper-based global trading system, as physical documents could not be accessed in offices during the pandemic, certainly sped up the digitisation of trade, as noted in the global survey. But in the wake of the crisis, the number of initiatives, such as ICC’s Digital Trade Standard Initiative, a cross-industry effort to enable the standardisation of digital trade, will need to grow in order to keep the world of paperless trade efficient.

Financial Technology firms or Fintechs will continue to expand their involvement in trade financing – likely focused on SCF – over the medium term. This will likely evolve through a combination of direct funding to SMEs and/ or the formation of white-labelled technology partnerships. Continued growth in open account trade and Supply Chain Finance (SCF) will encourage non-banks to enter the market. The growth trajectory and capacity of non-banks will bear watching over the coming years, particularly in terms of these entities’ ability to bring balance sheet capacity to market.

54% of banks mentioned, pre-Covid-19, that they will be expanding their market participation despite recent geographical retrenchment and the ongoing reconfiguration of trade corridors. Whether this speaks to a growing desire to target the Micro, Small and Medium Enterprises (MSME) client segment, or the intention to create net new capacity to underwrite business by distributing trade assets to interested investors, remains to be seen.

When asked about the growth prospects for trade finance by geography, respondents overwhelmingly predicted growth over the coming two years. Growth expectations were positive across the board, with 86% indicating that the demand for trade finance will grow in Asia Pacific, while 75% said the same for Africa. Western Europe saw the biggest split in the survey, with 51% expecting trade finance to grow, and 49% expecting it to decline in the coming years.

Such expectations have been reported despite ongoing and arguably worsening geopolitical and ‘trade war’ dynamics, at a time when trade has finally, post the 2008 global financial crisis, regained its familiar position as an engine of economic growth.

The exact nature and duration of the impact from Covid-19 remains unclear; in particular, the devastating human and economic impact of the virus on the most vulnerable but until now highest-growth markets will demand careful monitoring and have already required crisis-level response from authorities around the globe. There is serious risk that the $1.5 trillion annual trade finance gap will be exacerbated by the Covid-19 crisis. Significant mitigation measures by multilateral development banks, export credit agencies (ECAs) and others are already in progress, but there is much work still to be done.

Seagreen: A taste of offshore wind to come
The recent debt raising for the 60% merchant Seagreen offshore wind project gives a taste of what debt and equity recipe fully merchant offshore wind financing will require – heavily ECA-backed and with lashings of equity.

US Exim has key role to play in China trade war
The US administration has drastically upped the ante in its economic war against China with its actions against Huawei. At the same time, US Exim is one agency that has been charged to not only promote US exports and jobs but also counter Chinese state financing where necessary.

ViA15 still waiting on Tracéwet decision
The GelreGroen consortium is awaiting legal approval for its €1.2 billion ViA15 motorway project in the Netherlands from the Council of State before it can move toward finalising funding for the scheme.

Turkstream ECA/DFI-backed loan responses due next month
The partially ECA/DFI-backed debt financing for the completed Turkstream gas pipeline project, which started operations in January, is out to banks.