Copper prices have surged to a decade-long high off the back of demand from a global green industrial revolution. But with the potential of new supply masked by uncertainty, could prices jump to the point of hinderance to the Paris Climate Agreement? 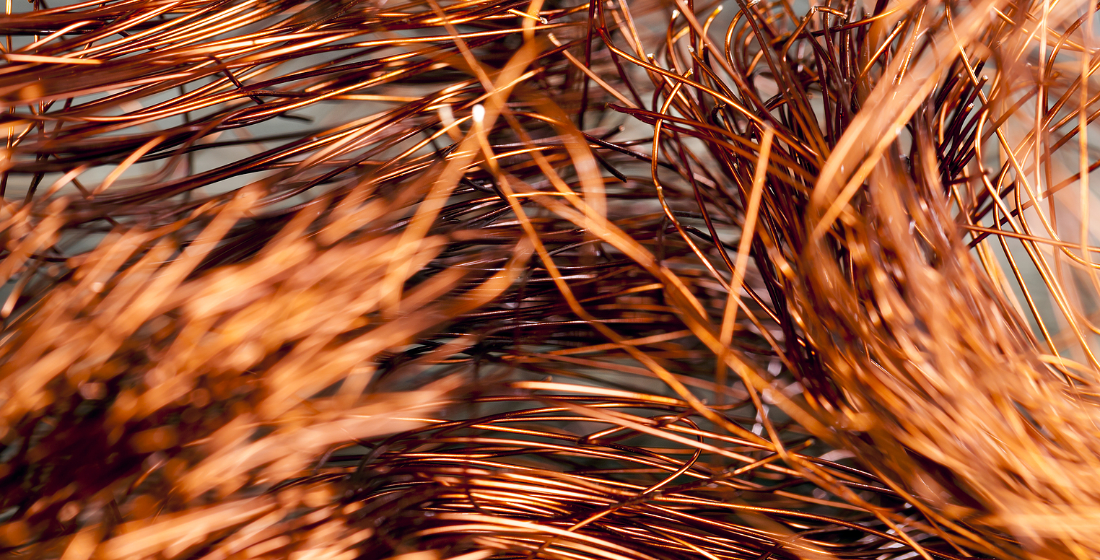 Kicking off this year, a debate was sparked as Goldman Sachs proclaimed that a commodities supercycle could be on the horizon following a price rally across the oil, agri and metals sectors. The prospect of economic recovery and a vaccine - alongside a weakened US dollar, a China-driven demand surge, and a number of worldwide governments beginning to roll out green Covid recovery plans - has led some market observers to believe that this hike in commodities prices is more than just the early stages of cyclical economic recovery.

But others have been quick to dismiss this, such as Jean-Francios Lambert, founder of Lambert Commodities, who states: “Realistically the economic effects of the Covid crisis will linger for another few years, and without significant long-term growth of demand and significant long-term disruption of supply, my conviction is that we are not on the cusp of a supercycle.”

Looking at metals as an isolated sector – more specifically the base metals associated with green infrastructure and EVs such as copper, nickel, and cobalt – the story looks more promising. Copper, the third-most-consumed industrial metal in the world - after iron and aluminium - and therefore the most consumed base metal, surged to an almost 10-year price high of over $10,000 a tonne a fortnight ago.

Unlike the supercycle of the early 2000s, demand this time around is not propelled by China becoming an economic superpower. Although current demand may not be on par with that of China’s transformation two decades ago, and its population is shrinking, the country is becoming richer and the public Chinese commitment to decarbonisation, to which copper is essential, provides a plethora of opportunity for the sector.

And it is not just China that is driving the force this time around. “The energy transition is a global commitment, it is not just led by China. Furthermore, it is a structural change - something that will take place over the long-term - a matter of years rather than a matter of months,” a source close to the mining sector tells TXF.

But for a supercycle to occur, by definition, there has to be a significant long-term squeeze of supply coinciding with increased demand. “The world, and prices, and supply and demand, as any economic lecture will tell you, have a way of balancing out,” a treasurer at a large trader tells TXF. “But the problem in the mining sector is that there is a significant time lag for new supply.”

How precarious is security of supply?

Many industry figures are concerned that there is simply not enough copper production currently available to meet demand from the green industrial revolution. Considering that most operational copper mines were discovered decades ago, and many remaining reserves are in higher-risk areas, it will be much more difficult to access new supply compared to the last supercycle. “Copper is not like oil, with a string of new discoveries”, says the mining sector source, “Opening a mine takes eight to ten years of planning and multi-billion investments. It is not an overnight project.”

But according to the treasurer, it might not be quite as long for some mining companies. “I would hesitate to use the ‘eight to ten’ number as this is assuming that you are starting with getting a licence awarded, when most of the licences in the world that have deposits of copper are already owned by somebody,” he tells TXF. “We have existing mine sites with expansion projects ready to go, with millions of tonnes of copper supply.”

The question is: will corporates be bold enough to bring this new supply online? The mining industry was stung by oversupply during the last supercycle and institutions will not be jumping to open new mines. “We’ve learned our lesson from last time – you must be sure that demand will still be there in a number of years and bringing in new supply during this ‘supercycle’ will be approached with caution”, says another source familiar with the market.

Making things more complex, the banking industry has become much more selective in allocating capital, so although there may be reserves that can be explored in less time than anticipated, new supply is not necessarily guaranteed.

Chinese buyers are thinking ahead

The fragility of the copper supply chain could pose a problem for EV manufacturers. While big companies such as Tesla have long-term supply contracts, the same cannot be said for many smaller manufacturers.

According to sources familiar with the market, there is a drastic difference in the way that Chinese and European EV manufacturers are responding to the copper supply squeeze. While Chinese manufacturers are thinking five to ten years ahead by seeking out long-term upstream contracts, Western manufacturers are showing no real concern over security of supply and have not begun the scramble for long-term contracts.

“Copper has always been available, which could be why western companies have not yet begun to panic,” one source comments. “This will be an eye-opener.” If the supply squeeze is ongoing, it could be that not only manufacturers but also governments become more involved in base metal supply chains and offtake contracts to safeguard supply.

Long-term copper contracts also provide the benefit of making traceability more achievable for buyers, which can be used to leverage supply chain sustainability improvements and enable manufacturers to prove sustainability credentials to the end consumer. As the mining industry is often associated with environmental and human rights issues, this is undoubtedly something that buyers are keen to address.

Although the plan for a green industrial revolution is one of the major driving forces behind the copper rally, the International Energy Agency (IEA) has warned that the price surge could end up doing damage to the energy transition and to meeting the goals of the Paris Agreement.

Meeting the climate goals means a significant amount of copper and other base metals will be needed for batteries, solar panels, and wind turbines, and according to the IEA, the energy transition could face delays as a result of increasing costs.

But in turn, Glencore CEO Ivan Glasenberg has said that copper needs to rise a further 50% to $15,000 a tonne to encourage mining companies to make the difficult decision to invest in new mines. A 50% jump in copper prices is something that Goldman Sachs has forecast for the middle of the decade, and without the certainty of new supply, this is a cause for concern.

The situation has even sparked some talk around the potential of mining being headed for similar geopolitical challenges faced by the oil sector. But aside from new supply, there is hope for certain buffers to ease the demand/supply squeeze, such as introducing an incentive to encourage more scrap into the market to be recycled, or substituting copper for other cheaper and more readily available conductors.

“New technologies have provided more efficiencies to the mining world. The recovery of copper ore is getting better and the ability to mine that ore is becoming more efficient. What could this eventually look like? Who knows, but I certainly think copper could hit $13,000 to $14,000 a tonne and if it escalates beyond $15,000, we will see demand destruction, as the IEA says,” the treasurer concludes.

Mining: A different shade of green
The mining sector is becoming a new frontier for green finance, as lenders take a greater interest in ESG issues. While green finance in mining has the potential to achieve positive environmental reforms, there is still uncertainty about how such lending will be regulated. What challenges might regulators face as they turn their attention to this emergent area of ESG finance?...Read on here

More details emerge on StanChart’s ESG-tied derivative with Trafi
More details have emerged on Standard Chartered's pricing of its first commodity hedge linked to ESG benchmarks with Trafigura. Signed in March, the deal.....Read on here

AME-EDF out to banks for Chilean power projects
Generadora Metropolitana Renewables - a joint venture between Andes Mining & Energy (AME) and France's EDF Renewables - is seeking debt financing to upgrade an operational...Read on here

Banks mandated for PP11 refinancing
The Dhuruma Electricity Company has mandated the bank group for the second refinancing of the PP11 CCGT project in Saudi Arabia. The deal follows a 2016...Read on here

Pricing confirmed on Redstone CSP deal
An ACWA Power-led team has reached financial close on the Redstone concentrated solar power plant, in the Northern Cape Province of South Africa. At ZAR...Read on here

Delayed M10 PPP progressing again
The RFP documentation for the delayed M10 motorway PPP tender in Belarus is being finalised and is expected to be launched by...Read on here