For all of the benefits that rising anti-financial crime (AFC) compliance standards have conferred to economies across the world, they have not come without significant downsides for nations that lack the capacity to meet them. The unwillingness of western banks to expose themselves to regulatory risk, coupled with the need for greater partnerships, are just two of the headwinds to building AFC capacity. 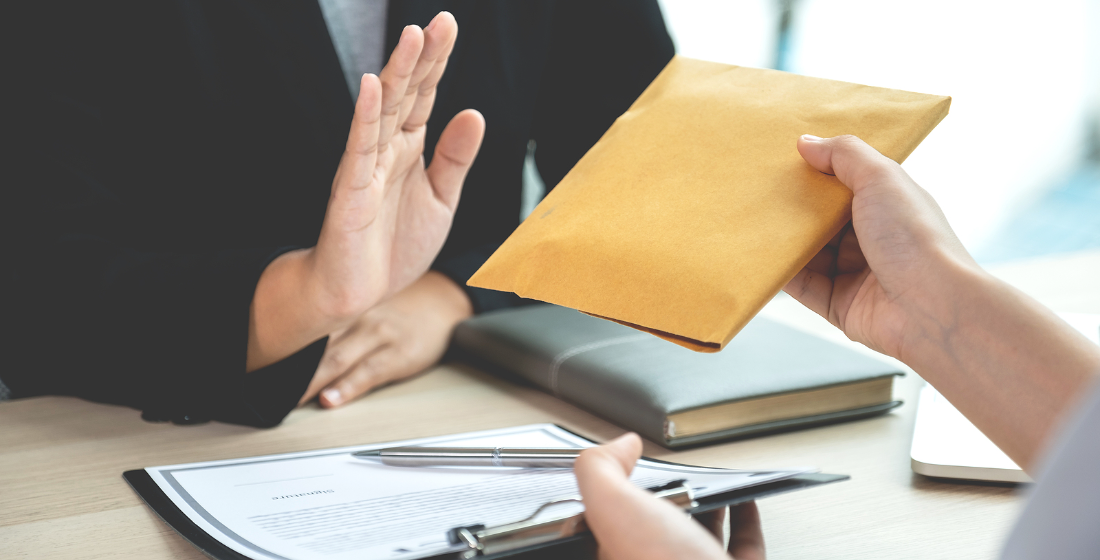 Not long ago, things weren’t going well for many of the Eurasian financial institutions working under the European Bank for Reconstruction and Development’s Trade Facilitation Programme (TFP).

They were experiencing in practical terms what had been reflected in a 2015 member-survey undertaken by the Banking Commission of the International Chamber of Commerce (ICC): a growing reluctance by foreign commercial banks to more freely offer trade-finance facilities and an increasing willingness to terminate correspondent banking services over budgetary concerns. For economies that are often resource-rich but which can still be largely cash-based, the lack of stable access to international trade and cross-border transactions can be debilitating, hindering the potential for domestic businesses to thrive and ordinary citizens to prosper.

The culprit in this case was no villain. Rather, it had arrived with the best of intentions, to safeguard the banking sector under the banner of fighting financial crime. But as it turns out, the laudable goals of the Financial Action Task Force and major Western economies do not always find an ideal reception in every corner of the world. For all of the benefits that rising anti-financial crime (AFC) compliance standards have conferred to economies across the world, they have not come without significant downsides for nations that lack the capacity to meet them. Perhaps the most significant of these hurdles has been the increasing unwillingness of Western banks to expose themselves to the potential regulatory risks they face in regions where AFC concerns can take a back seat to pressing issues of solvency and economic development.

Faced with increasing regulatory pressures back home, many foreign commercial banks operating in Eurasia have determined that the costs of regulatory peace-of-mind are simply too great to merit the effort.

As the ICC survey indicated, this experience has not been unique to Eurasia. Roughly seven out of 10 respondents to the study said they had declined trade finance transactions due to the Know Your Customer (KYC) and anti-money laundering (AML) regulations, while nearly half reported terminations of correspondent banking relationships due to related compliance costs. These problems are markedly worse for smaller banks facing a steeper uphill climb when it comes to convincing foreign institutions that their AFC controls are adequate. Lacking the compliance resources of their larger peers, they are also dependent on the correspondent banking services needed to offer payment and clearing services in foreign currencies for their clients.

The hurdles imposed by rising AFC standards have been such that Ukrainian importers and exporters found themselves unable to obtain trade-credit limits from most foreign banks as recently as 2020, prompting the International Finance Corporation and the European Bank for Reconstruction and Development (EBRD) to fill the void by providing the funding for international trade.

The consequences of this “de-risking” haven’t fallen on businesses alone. The inability of banks to bolster trade and process cross-border transactions have hindered efforts to bring the so-called “un-banked” into the formal financial system. Rather than improving the banking sector’s inclusiveness, compliance standards all too often serve as justification for financial exclusion.

On their face, such problems can seem intractable. Yet their most promising solution is one that is right out in the open and has the potential to foster global trade and improve the lives of people around the world: capacity-building.

This was perhaps a lofty goal of the modest experiment EBRD and ACAMS conducted last year with TFP partner banks in Ukraine, Moldova and Georgia. The idea was simple: through scholarships funded by ACAMS, EBRD and EU appropriations, we would offer the institutions free access to ACAMS compliance training services—specifically the Certified Anti-Money Laundering Specialists (CAMS) certification. The CAMS certification has the unique advantage of being not only a globally recognized compliance standard but one that requires continuous training.

Such a collaboration, we believed, would make it possible for EBRD partner banks and local regulators  to trains their staffs on international AFC standards, minimize their compliance costs and bolster trade finance and cross-border payment services in the region.

Since June 2020, 70 compliance professionals have successfully received fully funded scholarships for CAMS certification and most of the cohort finished  the program’s compliance examination. Passing the CAMS exam establishes that recipients have met their training requirements and understand global standards for fighting money laundering, terrorist financing, sanctions evasion and other financial crimes. But this was only the first step. Participants in the initiative have since taken part in compliance webinars and virtual and in-person conferences and symposia.

The reaction to the initiative has been nothing short of enthusiastic among those who’ve taken part. In our view, that’s a reflection of something that is often overlooked when we talk about AFC standards: compliance professionals in the very same countries that are often deemed to be high-risk are eager to do more to protect their institutions from illicit transactions. They just need a little help to get the chance. Unique feature of this project is that EBRD and ACAMs train AML specialists (including regulators) which will in turn be able to teach ACAMs qualifications in the Eurasia region and maintain regional community of practice.

That’s why we’ve recently decided to scale-up the ambitions of our modest initiative by launching a new ACAMS Eurasia Chapter in Armenia, Azerbaijan, Georgia, Kazakhstan, Kyrgyzstan, Moldova and Ukraine. Like its sister organizations, the chapter provides a forum for compliance training and networking with other members, including those working at other institutions or in public-sector roles. The latter benefit can prove particularly important when it comes to spreading the word about emerging compliance threats and sharing best practices to meet them.

Such steps won’t open up access to trade-finance credit and correspondent accounts overnight, but if things weren’t going well for Eurasian financial institutions in the recent past, we can at least say today that there has been a shift in direction. The enthusiasm we’ve seen from participants has left us with the belief that the regional compliance standards of “high-risk” countries aren’t stuck in place, and that compliance regimes have the potential to improve on their own with the right kind of encouragement.

Imagine what partnering to build AFC capacity could achieve on a less modest scale.