Hydrogen: The fuel of the future (with heavy subsidy)

Hydrogen projects are ballooning given the stronger focus on energy transition from policymakers and energy majors in the wake of the pandemic. But where’s the level of support from governments – regulatory and financial – that will make green and blue hydrogen commercially bankable? 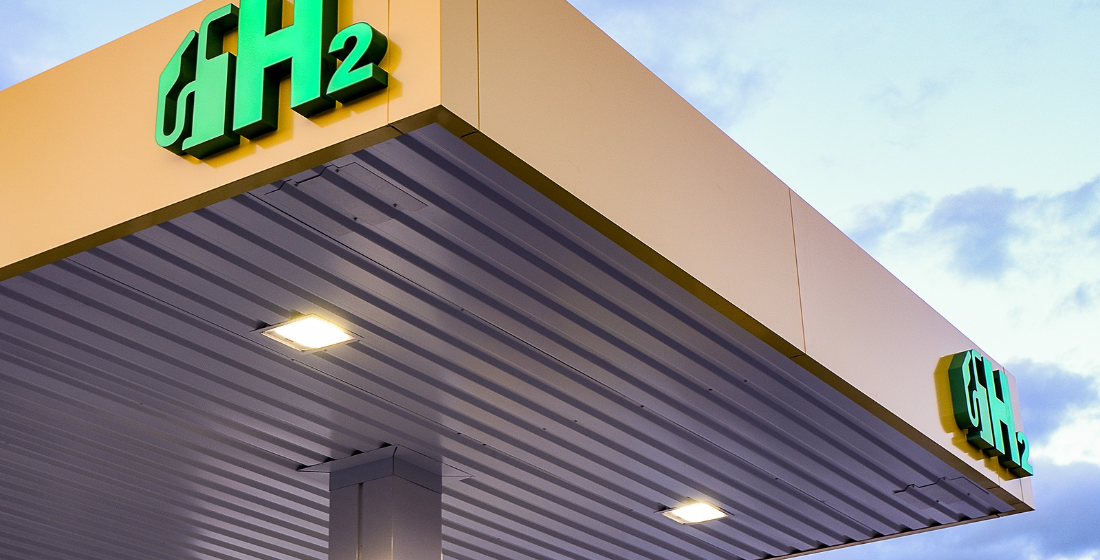 The idea of a future with only hydrogen-powered electric cars might well offend some petrol heads. Perhaps the sound of a V8 can never be replaced, however much an eco-warrior argues that a car powered with hydrogen fuel cells will only produce water from your tailpipe.

While this might sound a bit like one of Jeremy Clarkson’s provocative columns in The Sunday Times, there is a point here. Hydrogen and energy have a long shared history — from powering the first internal combustion engines over 200 years ago to becoming an integral part of the modern refining industry.

And given its light, storable, energy-dense, and produces no direct emissions of pollutants, coupled with the fact it’s one of the most abundant elements in the universe, it’s certainly got the credentials to become the centrepiece for the green transformation of the world economy to net-zero emissions by 2050. Even if it doesn’t snarl when you put your foot down.

But despite industrial-scale hydrogen production being modelled by policymakers as the cleanest source of energy for the future, around 90% of hydrogen still comes from fossil-based sources. And to burst the green hydrogen bubble, the commercial bankability of such projects is a long way off as financiers and investors struggle to get comfortable with the economic viability of this nascent sector.

The fact the production of green hydrogen is roughly three to four times more expensive than grey hydrogen (made from fossil fuels) is an issue, as is the limited willingness of potential customers to pay the green premium. This means governments need to evolve the level of regulation and subsidy around hydrogen production if industrial-scale schemes are to become project finance friendly and commercially bankable.

By way of comparison, in the early days renewable technologies were driven by heavy government support - both regulatory and financial - rather than the market-based drivers of today: a combination of the continually lowering cost of renewable power and project development, and development of new, more cost-effective and reliable technology. Now there are zero-subsidy offshore wind projects in the pipeline; and an evolving battery market that could ultimately remove weather risk from the renewables equation. So hydrogen needs heavy government support - either via grants and DFIs - before the market is driven by pure economics.

Many of the established renewables developers and oil companies (although the oil major focus is normally blue hydrogen with carbon emissions storage rather than green hydrogen) have announced ambitious schemes too. ACWA Power and Air Products have teamed up with the NEOM city of the future project in Saudi Arabia to develop a $5 billion green hydrogen/ammonia project. DEME Concessions and Oman’s national oil company OQ plan to build a 250-500MW electrolyser to produce green hydrogen – the Hyport Duqm Green Hydrogen project.

In March, Tatweer and ACME Solar announced plans for a $2.5 billion green hydrogen project, also at Duqm. The GET H2 hydrogen initiative – a partnership between BP, Evonik, Nowega, OGE, RWE, Salzgitter Flachstahl and Thyssengas – have submitted an expression of interest for funding under the IPCEI programme (Important Project of Common European Interest) to Germany's Federal Ministry of Economics and Technology for a green hydrogen project (the scheme will comprise production, transport, storage and industrial offtake of hydrogen produced from renewable energies). EIG-controlled Prumo Logistica, through its Porto do Acu Operacoes subsidiary, has signed a MoU with Fortescue Future Industries to conduct feasibility studies on installing a green hydrogen plant at the industrial complex at the Port of Acu. And BP has kick-started a feasibility study for its 1GW H2Teeside blue hydrogen project, on which it will make a final investment decision in 2024.

The mushrooming of big names getting into hydrogen is good news for the fledgling sector – international developers have the credit quality and balance sheets, if required, to speed up utility-scale development and establish a global supply chain. But arguably there is also a downside – a temptation for cash-strapped governments, and even DFIs, post-pandemic to take the view that market forces, particularly the focus of oil and gas majors on diversification, will deliver hydrogen on a scale that brings down cost of production and delivers transition at an acceptable pace. In short, the subsidy and DFI support made available for hydrogen – if it eventually emanates from governments – may not match the levels that start-ups in the wind and solar markets initially benefited from.

Green hydrogen costs are largely driven by the cost of electricity and capital cost of electrolysers. The cost of the cheapest renewables electricity is now around $15/MWh (the norm is probably more in the $50-$100/MWh ballpark) and that cost is expected to fall further over the next decade by around 35%. Similarly, the cost of electrolysers, according to a recent report by Edison Group, has already fallen by 60% in the last 10 years and consequently, “for regions where renewable electricity is cheap, BNEF [Bloomberg New Energy Finance] expects green hydrogen to be cost competitive with fossil-based hydrogen in 2030.”

But even allowing for those promising numbers, the report concludes that the level of support the sector receives from governments will determine ultimately how rapidly the market develops – forecasts, even conservative ones, are not a given, even with the kind of credit and development clout international developers bring to the table.

Green, and to a lesser extent blue, hydrogen needs fiscal and financial support. Edison argues “the introduction of more widespread (and higher) carbon pricing is the policy likely to have the biggest impact on encouraging investment in hydrogen (and other low carbon technologies). At present the cost of fossil-based hydrogen (€1.0/kg in China and €1.5/kg according to the EU hydrogen roadmap) is substantially cheaper than green (€2.5–5.5/kg) and blue (€2/kg) hydrogen. BNEF estimates that, assuming production costs of green hydrogen fall to $1 per kg, a $50 per tonne of carbon dioxide equivalent (tCO2e) carbon tax would make hydrogen a cost-competitive energy source in steelmaking. At $78 per tCO2e, green ammonia (a denser fuel formed by combining hydrogen with nitrogen) is a cost-effective fuel source, potentially opening up shipping and aviation segments. At $115 per tCO2e, hydrogen could provide cheaper electricity than natural gas in peak periods.”

By bridging the price gap between grey, blue and green hydrogen, a carbon tax increase would make green hydrogen projects significantly more bankable in the commercial project finance market. But it would still need to be complemented by subsidy regimes for green and blue hydrogen to generate the required pace of transition to meet the latest scientific climate change predictions (irrevocable change between 2027 and 2042 according to the latest computer modelling as reported by the World Economic Forum).

Hydrogen does look set to become a major part of the global energy mix, but relying on market forces and the balance sheets of major energy companies is not going to bring the change fast enough. Governments need to start providing the subsidy and regulatory support required to make these projects bankable. Tried and tested renewables regimes already exist – so how hard can it be to rejig them for hydrogen?

Commodity finance: The weighty consequences of compliance
With the events of 2020 having further complicated an industry issue which was already considered to be a hurdle, bank compliance is in danger of leaving SMEs and the emerging markets behind – unless governments and regulators club together to push for a digitalised and standardised solution....Read on here

CGI on trade digitisation: Acceleration and interoperability on track
In the run-up to TXF’s Global Trade Virtual 2021 on 23-24 June, Patrick DeVilbiss, Offering Manager, Trade and Supply Chain Solutions at CGI talks to TXF about how accelerated trade digitisation amid the pandemic should be long lasting...Read on here

Strengthening anti-financial crime controls in Eurasia
For all of the benefits that rising anti-financial crime (AFC) compliance standards have conferred to economies across the world, they have not come without significant downsides for nations that lack the capacity to meet them. The unwillingness of western banks to expose themselves to regulatory risk, coupled with the need for greater partnerships, are just two of the headwinds to building AFC capacity....Read on here

ADB invites advisers for Philippines floating solar
The ADB has invited expressions of interest (EoIs) from consultancy firms to support the DFI’s work on a policy framework with...Read on here

ONCG Videsh launches new $500m facility
The overseas arm of India’s state-owned Oil and Natural Gas Corp, ONGC Videsh, has returned to the debt market for a new....Read on here

IFM signs up banks for Naturgy acquisition loan
IFM Global Infraestructures Fund has signed up lenders for a €2.3 billion five-year term loan to back its €5.06 billion offer for a....Read on here