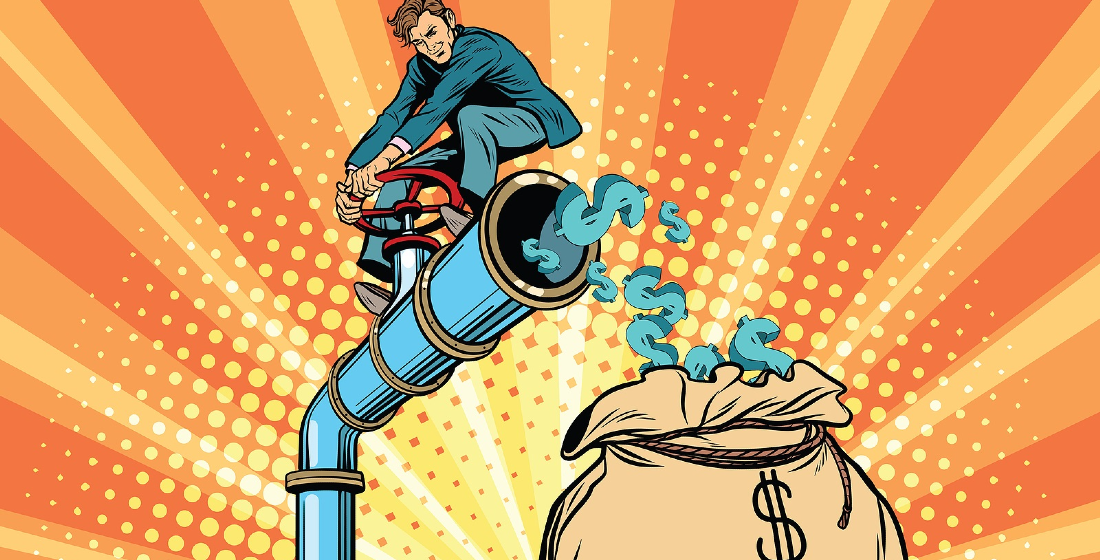 Fundraising for commodity producers, and traders, traditionally takes the form of structured finance or vanilla corporate loans – for example, pre-export financings, borrowing bases, reserves-based lending (RBL) and revolving credit facilities (RCF). But in recent years, there has been a rise in the volume of limited/non-recourse debt being raised among trading houses, as off-balance sheet loans for increasingly complex large-scale projects emerge higher on the financing agenda.

Talking of agendas. Don’t forget the latest topics and trends in commodity finance will be discussed through a more macro (and forensic) lens at TXF Global Commodity Finance 2021 in Geneva on 7 and 8 October, with over 50% of attendees expected to be producers and traders. This is our very first hybrid event format, which will allow for even more time for networking in a Covid-safe environment, while marking the first physical TXF commodity event since September 2019. Please find full event information here.

Back to the weekly. It is important to note, nothing has reached the volume or tenor of Vitol’s debut in the ECA-backed project debt market to finance its share in the $7.9 billion Offshore Cape Three Points (OCTP) oil and gas scheme in Ghana back in 2016.

Canadian resource finance specialist asset manager Sprott, through Sprott Private Resource Lending II, was the sole lender on the 5.25-year loan. The facility, with pricing from 625bp -725bp over three-month Libor, comprises an $85 million project finance element and a $15 million callable gold stream. Three-fourths of the interest costs were capitalised to the principal for 23 months.

The debt also included a gold price participation of 2,500-100,000 ounces of gold production per month. Payment was according to the differential between the average gold price for the month, subject to a $1,750/oz minimum gold price and a $1,475/oz reference gold price.

Sprott deposited the entire loan into Geopacific's offshore US dollar account in the form of a credit fund, which will be available under staged drawdowns as the project progresses. The gold stream was also fully advanced. The loan agreement also included the issuance of Geopacific's shares to Sprott. The project developer issued about five million ordinary shares and two million unlisted shares at a strike price of A$0.322, which were exercisable within 5.25 years.

Similarly, Australia-based Emerald Resources had also selected Sprott as the sole lender for its Okvau gold mine in Cambodia, which reached full financial close in April 2020 on a $60 million five-year facility. The interest, payable monthly, is 650bps above the greater of either USD three-month Libor or 2.5% per year, with 75% of the interest capitalised during construction. There is also a structuring/arrangement fee as is typical for a facility of this nature (around 1.6%).

A May 2017 definitive feasibility study (DFS) estimated the Okvau mine will have 106,000 ounces of gold production per year over seven years from a single open pit. So it is clear investors continue to flock to gold as an asset to hedge their exposure during economic uncertainty as markets look for post-pandemic normality.

Perhaps the most obvious example of a commodity trading house acting as a project borrower is Vitol’s 10- and 12-year multi-sourced facility signed in 2016 for its OCTP scheme. The big-ticket financing marked a rare, and possibly Vitol’s first, borrowing in the ECA-backed project debt market.

Lenders to the reserves-based and covered tranches are Standard Chartered (also financial advisor to the borrower), Societe Generale, HSBC, ING Belgium, Bank of China, Natixis, Mizuho Bank and MUFG. All tranches rank pari passu and are backed by a Vitol debt service undertaking at the parent company level.

A repeat borrower of cheap one- and three-year RCFs to fund its commodity trading operations, Vitol’s move to long tenor non-recourse debt for OCTP helped negate refinancing risk on the project.

However, given Vitol is a darling of the syndicated loan market – its $8 billion revolver at the time was hugely oversubscribed and priced at a shave under 50bp over Libor on the three-year tranche and less than 40bp on the one-year – refinancing risk is, arguably, not the issue it would be for lesser credits. Consequently, the deal must also have been keenly priced for the borrower to go long-term rather than the revolver or cash routes available to it.

Pricing details are sketchy and remain so. The UKEF direct loan was a fixed rate CIRR facility and at time of signing on 14 December 2016 the CIRR dollar rate for 8.5-year plus borrowing was 2.93%.

Financing for the covered tranches and the IFC direct loan will also have been competitive, but the uncovered reserves based facility is also said to have come in tightly priced – starting in the low 300bp region and rising in steps to the low 500bp area – on the back of Vitol leveraging its bank relationships: Excluding Bank of China and Natixis, all the commercial banks on OCTP were also MLAs or bookrunners on Vitol’s $8 billion revolver in October 2016.

Since Vitol’s big-ticket multi-sourced project financing for OCTP, there has yet to be another non-recourse financing by a trader on this magnitude, however, there have been plenty of acquisition financings via RBLs, especially in the upstream oil and gas space.

The renaissance in North Sea oil field M&As is being driven by new flows of capital and RBL lenders backing mid-cap oil companies acquiring assets from majors’ divesting in the sector. For instance, UK-based Neptune Energy signed a $2 billion reserve-based lending (RBL) facility in February 2018, the largest RBL facility raised for an acquisition in the EMEA region to date, which also won TXF’s Energy Finance deal of the year.

The RBL allowed Neptune to seal its overall $3.9 billion acquisition of Engie E&P International (EPI), expanding Neptune’s footprint across the North Sea, North Africa and Asia-Pacific, enabling the company to effectively pull up a new seat at the table of the world’s largest oil & gas exploration and production (E&P) companies.

MLAs on the deal were Bank of China, BNP Paribas, Citi, Deutsche, DNB Bank, HSBC, ING, JP Morgan, Natixis, Royal Bank of Canada, Scotiabank, Societe Generale. Pricing is 300-400bp over Libor and operates on a step-up mechanism over the seven-year maturity of the loan. Interestingly, Neptune decided to issue a $550 million seven-year bond – upped from $500 million at launch – to repay part of the RBL before the RBL had even reached one-year in maturity.

This deal has more project finance characteristics than commodity trade finance elements, even though an RBL is considered a form of structured trade finance. Either way, RBL lending is a key financing tool for producers in the independent E&P sector, including in Merger & Acquisition.

Var Energi’s landmark $6 billion senior secured RBL to partially finance the acquisition of ExxonMobil’s upstream assets in Norway at the end of 2019 is another such example. For Var, the merger cemented itself as the largest independent oil exploration and production company on the Norwegian continental shelf (NCS) and provided the foundation for the company’s fundraising plans to back the acquisition.

While Var’s RBL was not structured via an SPV, the financial strength from ExxonMobil’s producing assets will provide a basis for further investments in development projects and exploration, as well as future M&A opportunities.

Signed on 15 November 2019, the five-year facility (with a three-year grace period) was oversubscribed by 25 banks despite the size of the loan. The transaction had a speedy deal gestation – the deal signed just two months after the acquisition agreement was inked on 26 September. Full financial close was not achieved until 10 December, as there were several conditions precedent to iron out.

So in short, there has been a gradual uptick in traders tapping project debt over the past five years, especially in the upstream oil and gas space. But the true project financings that have emerged can be counted on one hand, with syndicated loans and structured debt still the favoured funding route.

EDC’s net zero odyssey: On taking the pledge
Justine Hendricks, senior vice president and chief sustainability officer at Export Development Canada talks to TXF about the implications of EDC’s net zero commitment on it and its customers and how it will engage all clients in the transition journey....Read on here

Macquarie takes majority stake in Southern Water
Macquarie has laid out £1 billion ($1.38 billion) for a majority position in  Southern Water, one of the UK’s worst performing water companies.....Read on here

Project DAO financing to close this month
More information has come to light about the project financing of the Project DAO solar PV project in South Africa, which is currently underway....Read on here

Dulacca wind farm reaches financial close and sale
More details have surfaced on the financing and sale of the 180MW Dulacca wind farm in Queensland. Sponsored by UK-based RES, the asset was.....Read on here