Getting on with it: Financing international trade in 2022

What will be the key words for financing trade this year? If last year was all about resilience and pivoting will this year be picking yourself up, dusting yourself off, and starting all over again. Realisation, focus, rebuilding (and muddling through) are the watchwords. And how best to engage the elusive SME in international trade remains a big concern for 2022. 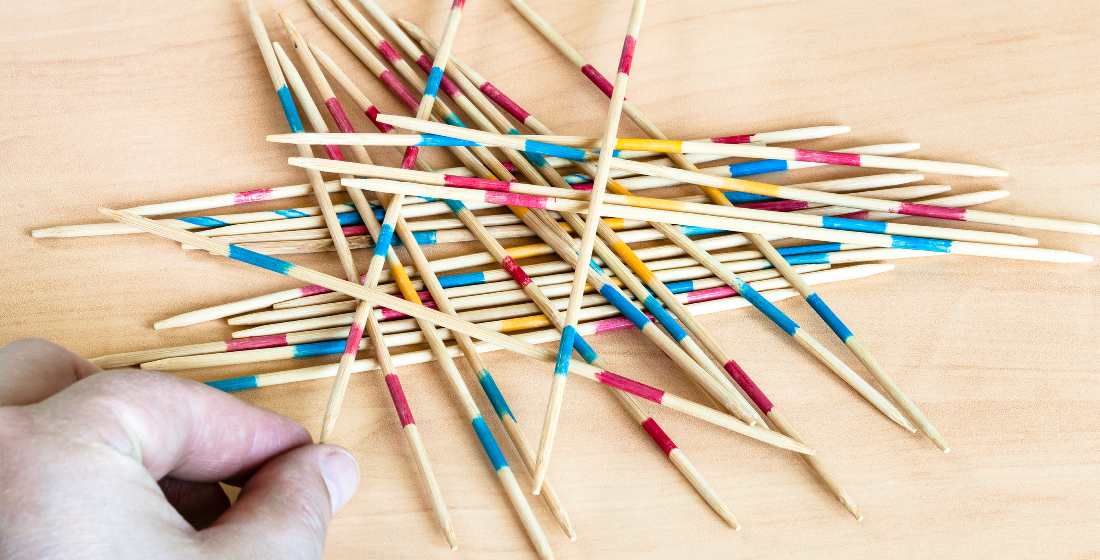 Things didn’t get worse. Two years of the COVID-19 crisis and the little bumps of US presidential elections, geopolitical tensions between Europe and Russia, and the inscrutable intentions (but very scrutable effects) of China’s Communist Party, have come and not gone and world trade has carried on. Supply chains have rippled, but largely been resilient and financial chains have survived intact. Even the Greensill earthquake proved to be a tremor, more a warning of bad practice than a harbinger of trade finance doom.

UNCTAD’s latest trade projections for 2021 showed record goods trade valued at an estimated $28 trillion for the year – up 23% on 2020 and 11% on pre-COVID-19 levels. The strong recovery in demand due to subsiding pandemic restrictions, economic stimulus packages, and increases in commodity prices were cited as reasons for the buoyancy. This was published on 20 November, before the latest Omicron impact. In the report, the value of world imports and exports of goods was $5.6 trillion in the third quarter of 2021, a new quarterly record. But there are plenty of caveats to the optimistic projections for 2022.

There is a feeling that we managed to cope with the crisis and can carry on carrying on. If there were one expression to characterise the coming year, for Jean François Lambert, CEO of Lambert Commodities, it would be “muddling through”. He says, with an emphasis on commodity markets, “I would not expect the predicaments of supply chains to easily clear this year. The situation will hopefully improve but geopolitics, COVID-19, and ‘temporary’ inflation are likely still to harm logistics, supply, and demand in several parts of the world.”

Valerio Ranciaro, director general of SACE SRV, whose watchwords last year were, correctly, the ‘extreme heterogeneity’ of the recovery, is cautiously optimistic for the prospects for trade in 2022. “I believe that 2022 will be a year of rebuilding,” he says. “The start of 2022 will be weaker than expected for the global economy as the fourth (and hopefully final) wave is striking everywhere, but the ongoing recovery will not stop and the year as a whole will definitely see robust growth. With significant risks and high debts – not only public ones – it will be crucial to proceed with equilibrium to the normalisation of support policies, with particular attention on the choices of the US Federal Reserve.”

There are, of course, some differences which the COVID-19 hiatus had covered up. The big payback for Quantitative Easing (QE), instituted in a time of financial crisis, has come with a potential for inflation and rising interest rates to come. JP Morgan CEO, Jamie Dimon, rattled the markets on 14 January with the prediction of as many as seven hikes in US short term rates. On 6 January, Germany, where inflation has still bitter memories, projected 5.3% for the year to December (3.1% annualised on 2020). The country’s position at the heart of the EU economy and, crucially, its role as Eurozone conductor could spell trouble for the peripheral Euro countries which have already had difficult experiences of following somebody else’s model.

Michael Vrontamitis, board member at the World Trade Board, wonders whether 2022 will be a good year for trade financiers with a continuation of revenue growth after trade finance revenues grew in 2021 on the back of tighter liquidity and rising commodity prices, combined with better-than-expected defaults. “A combination of inflation and interest rate rises is likely positive for trade finance growth in 2022, but will it be good for trade?” He asks. “Expect increased investment by banks in supply chain finance and receivables solutions as well as increasing the use of machine learning and data analytics to streamline and improve business process and risk decisioning.”

Equally interesting are two phenomena which have been stutteringly eloquent for years but with little effect on the real world economy. Quiet progress has been made in digitisation in trade but there remains a divergence between theory (some great ideas) and practice (implementation), while environmental issues have finally made some progress in two equally divergent ways.

COP26 drew attention to what the big OECD economies should be doing, now rather than later, and what the big economies of India and China will be doing later rather than sooner. On the other hand, providers of funds and users have in part adjusted costs to promote sustainable investment (in the form of discounted rates) or discourage unsustainable investment (premium rates). That development applies to banks and investment institutions which face public scrutiny. Private investors (private equity funds or unaccountable governments) are still free to do as they please.

Both have implications for immediate costs. Perhaps digitisation will reduce transaction costs but after substantial investment in building out new infrastructure. And ESG will impose costs now for the sake of a happier and greener future.

“For me 2022 will be about ‘realisation and focus’,” says Vrontamitis. “Realisation that digital trade will remain fragmented and focus on how we can connect partners and encourage great collaboration to solve this challenge. Realisation that ESG is complex but that setting targets (especially around carbon), if not already done so, is essential, and with a focus on execution around those targets.”

Perhaps 2022 will be the year we have definitions of sustainability in supply chains that are easy to understand for investors and the end consumer, Vrontamitis ponders. “Maybe not quite, but we’d expect progress in 2022.”

Digitisation will come sooner when regulatory structures allow (at least) or better encourage it. “Will 2022 be the year we see legal changes that accelerate the digitisation of Bills of Lading and Bills of Exchange?” Vrontamitis asks. “English law will make this possible and key will be adoption. We’ll also get a good view around the rise of ePromissory Notes, eBills of Exchange and eBills of Lading and whether they will get traction.”

The two issues Alisa DiCaprio, co-chair of the innovation council at BAFT and head of trade and central bank digital currency (CBDC) at R3, cautions to be concerned about in 2022 are: “What is a bank anymore (US States are licensing crypto exchanges as banks)? Second is there still being no movement on financial inclusion.”

DiCaprio says that two positives to look out for are: “Non-fungible tokens (NFTs) in trade finance, and green transactions no longer [being] optional.”

Trade finance tokenisation – turning trade documents into NFTs – and their trading has been bubbling away as a ‘thing’ that may help with trade finance asset distribution, alongside smart contracts. It’s not universally applauded. The word of the year for 2022 for DiCaprio is going to be “custody”.

Custody agreements for goods in deals that features collateral management could be a way to help mitigate trade finance fraud, helping avoid duplicate financing on goods that aren’t physically in the hands of the trader, but it may be too expensive for small deals and for SME exporters. Third party custodian solutions that are digital are seen as one potential way to help reduce fraud risks, and one way to help SMEs trade internationally.  But, and it is a big but, it’s not a simple issue for trade finance.

Moving the needle this year – a much needed focus on SMEs?

Meanwhile, questions remain as to whether this will be the year that the digital ledger technology consortiums actually move the needle. “Lots of energy has been put into them over the years, but there’s not been a huge amount of traction,” says Vrontamitis. “Perhaps some of them will get much needed traction, change direction or pivot (some already have) or others may have to shut up shop?”

He cautions the risk of getting APIs wrong in trade finance, though, which could lead to, “A spaghetti junction as every large bank and tech provider would potentially come with their own API standard.”

“Will 2022 be the year there is realisation that there will be no one network to rule them all and network adapters (bridges to those digital islands) are a critical business need – whether you are a bank, larger corporate or SME? Will we see more commercial solutions designed to help SMEs become digital-first and connect to their networks rather than being forced to connect to large corporate networks? We are seeing a few networks evolve in this space and expect more to come.”

Vrontamitis is not alone in asking whether this will be the year we see real action to tackle the trade finance gap and why it exists with an industry-wide plan to address it. “Industry-wide would perhaps be difficult, but I think we’ll see banks increase their leverage of technology to better serve SMEs and technology providers bringing solutions to market to address this need.”

This is an issue that is not going to go away in 2022. Many SMEs fall into trading internationally by accident rather than design – whether that is from demand from abroad, chance connections, rather than through a master plan – can digitisation help international trade? What support is available for SME exporters in practice and how can financiers collaborate to improve international trade?

Join me virtually on 1 February when I discuss SME export support from the UK with experts from UKEF, DIT, Dints, Santander, AirFinance and Fineon Exchange.

AES closes on renewables construction facility
AES (75%) and AIMCO (25%) have closed on a construction warehouse facility to finance upcoming renewables projects – a mix of....Read on here

Earthrise closes on peaker debt
Earthrise Energy – founded in 2019 by Carla Tully, previously president of AES UK and Ireland – has closed on debt for its....Read on here