A change of Uzbek wind speed and direction?

Although not the first utility-scale wind project to be awarded in Uzbekistan, the Nukus wind project could prove to be the pathfinder for future wind tenders and financings following a host of legislative reforms. So what has changed? 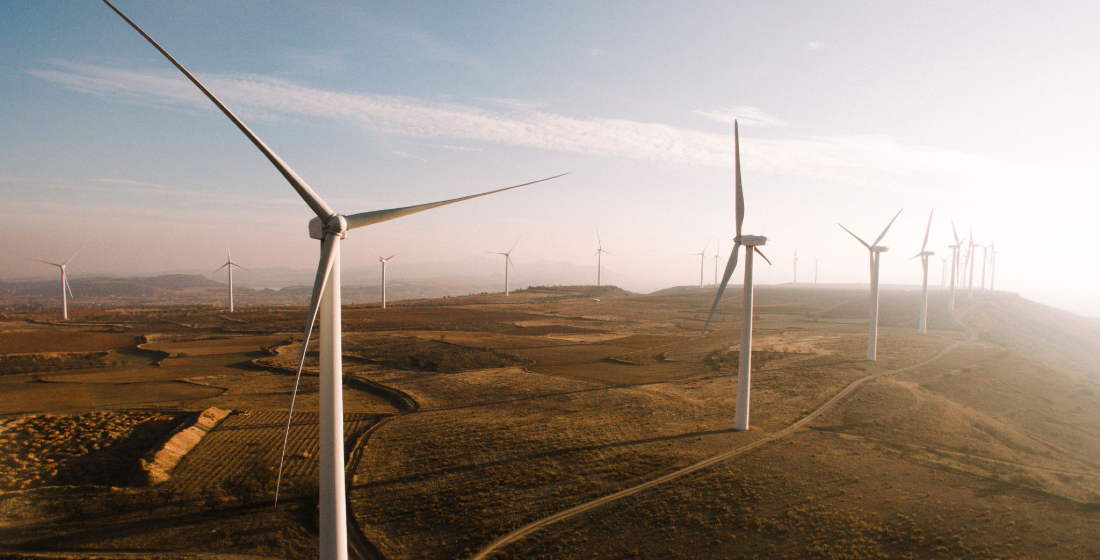 Uzbekistan may well become a growth market for renewable energy following the success of the country’s first public onshore wind tender. ACWA Power submitted the winning bid and was awarded 100MW of capacity for the Nukus wind project. The project is the first to be tendered under Uzbekistan’s revised PPP law and benefits from reforms that have, albeit on paper, created a more bankable environment for onshore wind development.

The project agreements for the $108 million Nukus wind project were signed in December 2021 after ACWA Power bid a low tariff of $0.025695/kwh in the auction in September. The project has a 25-year PPA with National Electric Grid of Uzbekistan (NEGU) and will be located in the Karakalpakstan region, in north-western Uzbekistan. Financial close on Nukus is expected by the third quarter of 2022, with commercial operations scheduled for early 2024.

The Nukus wind project tender allows Uzbekistan’s wind sector to follow in the footsteps of the country’s slowly expanding solar sector. At least 700MW of solar capacity has been awarded through public tenders developed with the support of the World Bank, the IFC, and the ADB since 2019. Uzbekistan is also part of the World Bank Group’s Scaling Solar programme. IFI support for wind tenders in Uzbekistan has come primarily from the EBRD, which advised the Uzbek government on the 100MW tender. Dentons and Synergy Consulting also acted as advisers to the government during the tender process. The intention has been to create a replicable structure for the tender that will be used to hold auctions for 2GW of onshore wind capacity in the coming years with the support of the EBRD.

Prior to the public tender for onshore wind, the Uzbek government did award some wind capacity through negotiations with project developers that approached the government directly. ACWA Power was granted 1GW of capacity for its 500MW Bash and $1.3 billion Djankedly facilities in 2020. In the same year, Masdar was awarded 500MW of capacity for its Zarafshan wind farm, which has subsequently had its capacity increased to 1.5GW. Despite these earlier awards, no utility-scale wind projects have yet reached financial close in Uzbekistan.

The public tender process has helped to secure lower tariffs than those achieved in the direct negotiations. Partially as a consequence of this, most future renewables capacity will be awarded through public tenders, with the government planning to hold an auction for a 200MW wind project in the Beruniy and Qorao’zak districts relatively soon. Synergy Consulting, White & Case, Gopa-Intec, and Juru Energy will advise on the tender with the EBRD.

In addition to being Uzbekistan’s first publicly tendered wind project, the Nukus wind project also enjoys pathfinder status in relation to the country’s freshly minted PPP law. Discussing the law, Eldor Mannopov, managing partner of Dentons in Tashkent, says: “When Uzbekistan passed the first PPP law in 2019, the government tried to apply it to renewable energy projects, but there were a number of issues relating to the bankability of projects such as the establishment of an SPV to ringfence risks.

“The PPP law did not provide for the creation of an SPV. Before the PPP law was amended in 2021, projects became subject to investment law. Nukus wind is the first project based purely on PPP law. It is expected that all subsequent tenders for conventional gas-fired, solar, and wind power projects will be under the PPP law as well.”

The project is, therefore, a step forward for both onshore wind and the entire energy sector. As Mannopov points out, the first PPP law passed by the Uzbek government in 2019 simply did not allow for the establishment of a project company, the linchpin of the project finance transactions that support most private energy projects. Responding to concerns raised about the bankability of projects, the government agreed to amend the law, but indicated that projects already underway at that time could be governed by investment law. This offered reassurance to sponsors and lenders and enabled the development of projects to continue during the time-consuming legislative process required to adapt the PPP law.

Following the amendments to the law, it is likely that most energy projects will be procured through public tenders and PPP concessions that recognise SPVs as a legal entity. Under the concessions, the government will provide land for energy projects and guarantee a long-term offtake agreement with NEGU, which has been responsible for all PPAs since the unbundling of the monolithic state-owned energy company Uzbekenergo in 2019. The amendments have, in short, helped to align Uzbekistan with international PPP best practices.

A further important reform from which the Nukus wind project and future wind projects will benefit is the adjustment made by the government to hard currency regulation. The government has carved out an exemption for PPP projects to its prohibition on foreign-currency indexation for payments made in Uzbek currency. This has ameliorated substantial currency risk for lenders springing from PPAs for energy projects, given that inflation in Uzbekistan in 2021 was close to 10%, according to ADB estimates. Most PPAs with NEGU will now be indexed to US dollars. Prior to the change of law, the government noted that there was some provision for such indexation under investment law, but one industry expert describes this as “a very stretched provision.” The change to hard currency regulation will formalise PPA indexation, addressing currency risk in the long-term.

The PPAs are designed to be desirable enough for developers and lenders not to require additional subsidies. As Mannopov notes: “There are no subsidies such as feed-in tariffs in Uzbekistan, as the tariffs are usually agreed in dollars. The government takes this currency risk and so does not subsidise projects directly. The only generally available incentive is a ten-year exemption from land tax for renewables projects. Some imported equipment can also be exempted from customs duties.” PPAs with NEGU often have terms of twenty to thirty years, making them credibly competitive when compared with PPAs in other jurisdictions.

Alongside the land tax exemption, renewable energy development will be further spurred by changes to the land code made in 2021. While land ownership is still restricted to Uzbek nationals, the modifications to the land code now allow lease rights for land to be pledged as security to international lenders. Developers will be granted a lease by the government for the term of their PPAs and lenders will be allowed to take security over the lease as well as the project assets, enhancing the bankability of energy projects.

Despite the advancements made by the Uzbek onshore wind sector, some challenges remain. For a start, the first tender was a somewhat lengthy undertaking. Commenting on this, Mannopov says: “The tender took two years, although the government had wanted to do it in 12 months. Especially for wind, there are factors such as environmental impact assessments for bird migration that you cannot shorten. These environmental studies have to be done properly, because they are one of the key conditions of IFI participation in projects. If IFIs do not lend to projects, banks are less likely to do so.” ESG issues aside, future tenders will need to progress more rapidly if Uzbekistan is to meet its updated goal of having 5GW of onshore wind capacity by 2030.

Mannopov also raises an important point about IFI participation in onshore wind project financings. The first such financing has yet to close, but recent financings of Uzbek solar projects give some indication of the form an onshore wind financing might take. In May 2021, Tutly Solar, which is wholly owned by Total Eren, reached financial close on a €87.4 million financing from the EIB, the EBRD, and Proparco for a 100MWac solar plant near Samarkand. Similarly in December 2020, Masdar closed a project financing of around $120 million for a 100MW solar plant in the Navoi region from the EBRD, IFC, ADB, and the Canada-IFC Blended Finance Climate Program.

Both transactions were financed exclusively by IFIs, demonstrating the scale of IFI support that could be needed for onshore wind projects in a market that may still be perceived as risky by commercial banks. Notably, the World Bank also provided a $5.1 million guarantee to the government of Uzbekistan for the payments required under the project’s PPA. The necessity of the payment guarantee is a testament to the fact that NEGU remains a new and largely untested entity and to the limited creditworthiness of the Uzbek government, which was recently rated BB- by Fitch. The ability of NEGU to meet PPA payment obligations is still being evaluated and is crucial to the bankability of projects.

There has, however, been some interest in traditional power projects in Uzbekistan from international commercial banks. In 2021, ACWA Power closed a $750 million project financing for the 1.5GW Sirdarya CCGT plant. Financing was provided by the EBRD, DEG, the AIIB, OPEC Fund for International Development, Bank of China, Standard Chartered, Natixis, and Societe Generale. The commercial bank debt is backed by four-point cover from MIGA.

Given ACWA’s success in getting Sirdarya financed – albeit with substantial IFI support – it will likely manage to translate portions of that learning curve into deals for the Nukus wind project or the Bash or Djankedly projects. Commercial bank lending to wind projects may be further galvanised by the efforts of IFIs to reduce grid connection risks for developers and lenders. These include initiatives such as the World Bank’s Electricity Sector Transformation and Resilient Transmission Project and the ADB’s Uzbekistan Power Transmission Improvement Project. 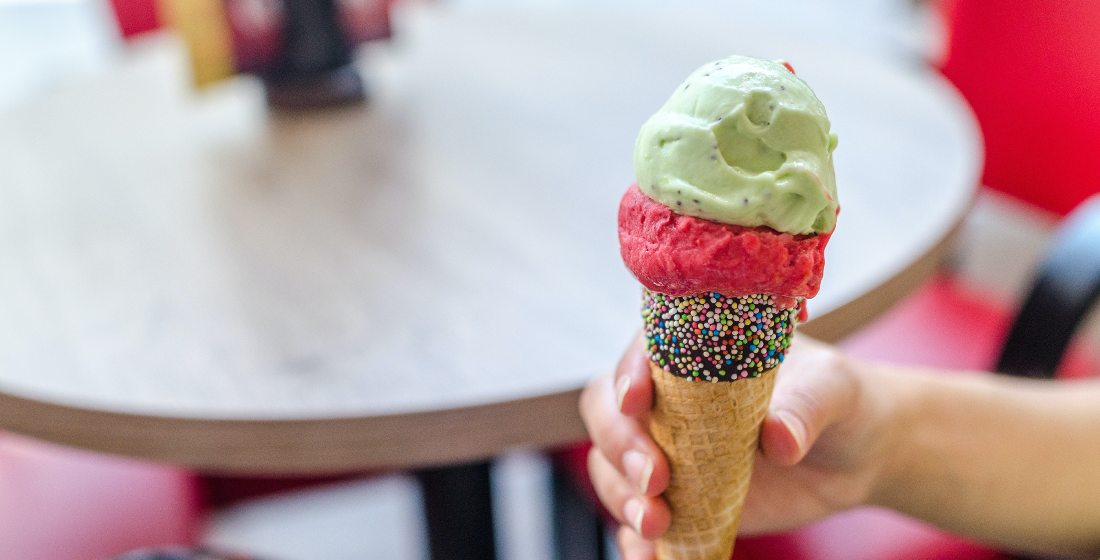 A new template credit risk insurance policy from the Loan Market Association has taken more than two years to achieve. Why is the template important? How will it improve...

A new template credit risk insurance policy from the Loan Market Association has taken more than two years to achieve. Why is the template important? How will it improve capacity? How can standardisation help with regulators’ understanding of the credit insurance market, and banks’ appetite for the product and is it a competitor to other templates? And what do ice cream flavours have to do with anything?