Murali Subramanian, non-executive director and member of the risk, audit and compliance committees at Banca Romana de Credite (BRCI), outlines the importance of the four pillars of trade finance structuring in allowing banks to pursue recovery options in the case of default. 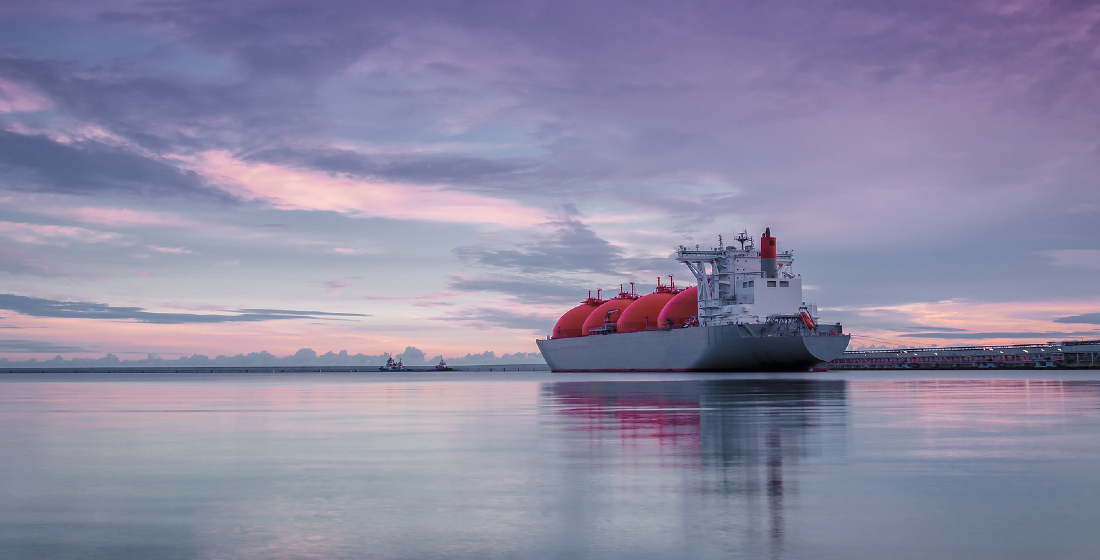 Trade finance transactions are characterised by short term tenors (less than a year, but typically 180 days or less), self-liquidating (the first way out is independent of the obligor), referencing a sale (sale of tangible objects or services), and a clearly identified delivery (an event of acceptance by the buyer). Trade financing is considered a low-risk business due to the presence of these four defining characteristics, and such assets attract a lower loss-given-default ratio than assets without them, important under IFRS9 provision and Basel3 capital requirement calculations. Trade typically has three payment ways out: buyer payment, payment from borrower base, and payment by realising the underlying collateral or insurance cover.

At the end of 2021, estimated trade volumes were around $28 trillion with a growth of 13% (REF 1), surpassing global GDP growth of 5.5%, and while GDP growth is expected to reduce in 2022 and normalise in further years, trade is expected to continue consistent growth albeit at lower levels. The growth is across goods and services, and these trends are noteworthy:

Open account trade and supply chain financing now account for around two-thirds of all global trade, with documentary trade having reduced in 2020 (ICC 2021 register).  Marine transport remains the dominant form of carriage of goods, with around 80% transported by sea.

Default rates remain steady across the various categories of trade, higher for funded trade as compared to documentary credits (REF 4). However, underlying this trend, there were several high profile large-ticket defaults in structured trade finance exposures in 2020 and 2021. Rather than pinning a ‘high-risk’ tag on the business, this points to structuring deficiencies.

In 2020 and 2021 there were over 10 large defaults totaling to full or partial write-off of trade exposures at major global and regional banks of over $20 billion. It must be emphasized that this does not alter the low-risk nature of trade finance as seen through the classical 4-pillar framework; rather this points squarely to the lack of structuring and diligence, whereby the 4-pillars were not verifiably present at all times during the transaction life cycle. However, some of the defaults happened despite the presence of all the pillars, across not just STF but also documentary credits and open account transactions. These were borrower misrepresentations that were difficult to discover until default, when forensic audits surfaced the gaps.

Ensuring the presence of the four pillars allows banks to pursue recovery options, even in wilful defaults, that usually end successfully although it does involve arbitration and/or litigation. There are many examples of defaults where opportunities exist to recover but not pursued by financing banks, due to a perception of cost/time overruns, even though they have structured the transaction correctly. This leads to a perception overall, especially in banks that have seen such defaults, of trade finance being a high-risk business, resulting in their avoiding attractive business, with their genuine clients being unable to obtain working capital financing. As well, this leads banks to pursue higher inherent risk businesses at the expense of trade finance, with greater inefficient usage of capital. Hence, running a successful trade finance business requires banks to incorporate robust early-warning and recovery techniques as discussed here (also refer Figures 1 and 2).

o   At the highest risk end lies supplier financing which is definitionally unsecured as there is a prepayment to the supplier and a performance risk on their part. The mitigants here are precautionary such as exhaustive supplier verification, adherence to the working capital cycle (i.e. pre-payment for one cycle where possible), site-monitoring where amounts are deemed significant and/or repetitive, and insurance such as for crop seeding and growing. A final comfort is to retain assigned recourse to existing obligor receivables until the supplier risk translates to transit cargo risk.

o   At the point goods are loaded on board a cargo vessel, the bank has the ability to accept a valid set of bills of lading. Here it is critical to ensure these are delivered through banking channels and not from a third party given the high risk of improper or duplicate B/Ls. Increasingly, it is possible to accept electronic B/Ls which should be an area of focus for the financing Bank. Possession of a valid set of B/Ls that were in force at the time of loading, is a sufficient mitigant to the risk of cargo mishandling, and has survived legal challenges of early/late delivery, high-seas cargo sale, and other such activities that a would-be defaulting obligor might carry out. To ensure validity, banks typically verify the shipping details on the B/Ls to ensure they correspond to the voyage(s) in question.

o   An alternative to relying on bills of lading for recovery, though this is quite well-tested and robust, is to acquire ownership of the goods and hold it at the buyer’s disposal, ensuring that goods once available secure the risk. Merchanting is a viable strategy for fast-moving commodities whose price volatility doesn’t affect their offtake during the limited period held by the bank. This is expensive as well, to secure warehousing, insurance, security, and price-hedging while the goods are in custody. Merchanting is a prominent strategy in cases where title documents are unavailable.

o   Insurance is a good mitigant in cases of identifiable non-payment risks, which arises mainly once a receivable has been created. Obtaining covers, whether transactional or umbrella, and ideally with CRR-compliant wording, is a strategy to pursue with a reliable broker working with the bank that has access to a wide selection of underwriters. However, getting a cover for a poorly defined risk is not just difficult but fraught with challenges in the case of default.

The following early-warning flags would serve banks well to monitor:

o   A strong risk-framework will provide proportionality to the risk taken, accounting for the supplier and obligor standing. The higher supplier-finance default risk is directly proportional to weak suppliers that aren’t assessed well before being paid.

o   A supplier payment request that meets a single present working cycle need is the starting point. Several defaults are set-up by requesting a multiple of this amount citing seasonal demand.

o   A weak obligor can conceal their liquidity issues by inflating their borrowing base with receivables, hence structuring transactions that can survive obligor bankruptcy is important. This requires independent verification and securing of borrowing-base elements. There are many examples of overstated inventories, lower quality of receivables than is stated, and accounting practices that include future sales in present financial statements.

o   Verification of vessel status and movement, and correspondence to details on the B/Ls is critical. Where a B/L is received through a banking channel and from the supplier rather than the obligor, this is then to be verified for time-lapse between shipment and receipt of B/L. Structured trades are carried out where B/Ls are financed sequentially, so a late B/L receipt when the shipment has been delivered or about to be, is a red flag to avoid. Having said that, possession of a valid B/L even in such a case, is enough mitigation for recovery as mentioned earlier.

o   Banks typically tend to secure goods at destination until buyers pay, even if under a B/L collection arrangement. While this is good practice, it is sufficient to hold on to a valid B/L until payment is received. In the event of goods misappropriation whether in transit or at destination, a B/L gives banks the right to lodge and pursue a valid marine cargo claim, for which there is significant legal precedent supporting the financing bank.

o   There are cases where goods are released at port under commercial letters of indemnity, which obviates the need to present B/Ls or pay for them to release the goods. Even in such cases, the B/L presents a good instrument and subject for a marine cargo claim to protect the bank’s interests.

1.     Trade finance has strong low-risk characteristics, but only with the right structuring. Presence of the four pillars, i.e. short term, self-liquidating, true sale, and verifiable delivery, preserves the inherent lower risk of trade.

2.     Notwithstanding good structure, defaults are to be expected either due to motivated obligors or liquidity crises. By observing and monitoring warning flags, and ensuring three payment ways out, the worst of Borrower defaults, misrepresentations, and improper commercial activity can be discovered, stopped and recovered with adequate compensation

3.     Merchanting is carried out by banks that have established commodity finance operations and capabilities to manage price risk as well as benefit from price movements. As a pure risk measure, merchanting is expensive and required only where title documents such as B/Ls are not structurally available

4.     Recognising the risk profile of a transaction through its stages requires a strong and tested risk-framework, and trained credit officer team, at the front, middle and back office. It pays to invest in continuous training and development of these staff as the return for risk taken is justifiable. 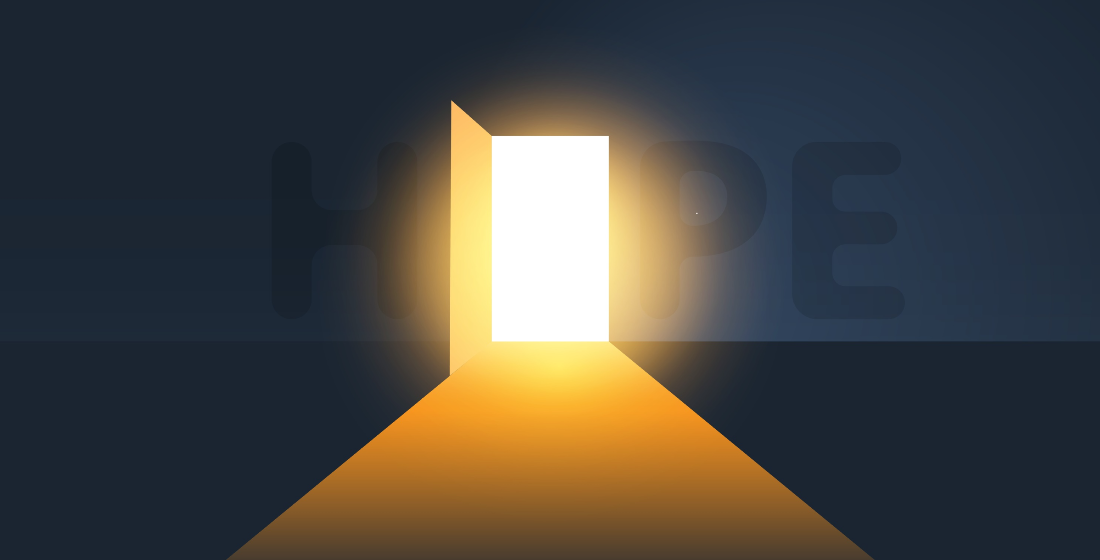