Corporate perspective: Piecing together the digital future at Mosaic 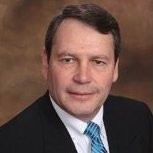 TXF: Mosaic has an interesting global footprint. Tell me a bit about your trade and treasury operations – are they fully centralised?

Michael Crawford (MC): Mosaic is diversified globally to our key customer areas. North America and Brazil are our biggest markets with additional hubs in India and China. We also run a joint phosphates venture in Saudi Arabia. Our Netherlands and Luxembourg entities support our Canadian potash operations. So, we do have an expansive footprint.

All of our operations are directly connected to our central treasury function in the US. However, with our recent acquisition of Vale in Brazil, there is a robust treasury function housed there. With a large portion of our potash operations in Canada, we are a net purchaser of Canadian dollars and hedge these transactions base on a cash flow basis. All of these hedges are executed in the US Capital Markets area.

As Brazil is another large operation, close in hedging on the Brazilian Real (out three months) is done locally in Brazil and further hedging is managed in the US, again based on cash flow. Our China and India operations have less hedging needs, however they are managed from the US. Given this structure, FX management is directed and predominately executed in the US.

TXF: How digital is Mosaic treasury? What can you now not do without?

MC: Beginning in 2006, shortly after Mosaic’s formation in late 2004, we made a commitment to establish a single ERP (enterprise resource planning) instance worldwide. Initially, we had three separate ERPs which cause significant ‘silos’ throughout our worldwide operations. This was no easy task and took four years to fully complete the integration. Now, we are reaping the benefits of the single source of the truth and are able to be nimble as we have enhancements to the ERP and opportunities to take advantage of new technology.

In 2013 we adopted a SWIFT for corporates initiative to create a single pipeline to our banking partners. Since we had the single ERP as well as standardized processing, this was an important way to secure our data as opposed to multiple host to host implementations. This also allows us to require standards from our partner banks to keep our requirements very ‘vanilla’. Our conscious approach to staying very basic (configuration, not customization) has created a global language for us. We all speak SAP. I would say that the SWIFT connectivity is absolutely critical to our ongoing success and security.

TXF: What technology do you think is the most hyped in treasury and trade – or do they all have potential?

From a technology standpoint, the big buzz is now surrounding blockchain. The connectivity power of a blockchain environment is certainly attractive in many ways as well as the enhanced security. As applying this outside of the crypto-currency realm is slowly being adopted, it remains to be seen if there will be a large corporate acceptance. In some ways, it reminds me of the hype around EBAM [electronic bank account management], which never quite lived up to the promise and expectations. I think there is more of a ‘wait and see’ approach to blockchain.

TXF: Do you, or will you, use artificial intelligence (AI) in treasury. How?

MC: We are currently exploring robotics in our AP [accounts payable] systems. There is much to be gained in creating a three point of confirmation automated environment. There will be caution around this and funds will still be reviewed and released with human intervention. I feel there is still a fear that if AI or robotics are hacked the damage could be significant. Human judgment and integrity is not something easily put into algorithms.

TXF: Mosaic went to a single ERP system over an extended period. Any regrets?

MC: Interesting question. No regrets with the single instance ERP. Benefits continue to show themselves in this environment. Regarding domestic and cross-border trading, it is really more dependent on tax strategies and subject to current and proposed tax law. For example, with the new tax regulations implemented early this year in the US, a basic reassessment of our entity structure and how we engage cross border transactions as a whole. The ERP (as I mentioned before) is being used very generically (little to no customization) and this certainly benefits us in using it to support and execute these transactions. There are some gaps, but these are easily supported with ancillary systems (like Bloomberg).

TXF: Do you use the treasury modules in the ERP or do you have a separate treasury management system (TMS)?

MC: We exclusively use the ERP as our treasury system. We evaluated early on that there was little to be gained in going to a separate TMS. The maintenance required to keep a TMS up to date as well as having a potential “second source of the truth” steered us away from that as a solution.

TXF: Do you have a SCF program and are you a member of another company’s SCF?

MC: We are not members of any supply chain finance program. This will be evaluated by our treasury/capital markets team once we fully integrate our Brazil Vale acquisition.

TXF: How much of a revolution is SWIFT gpi going to be or will it be superseded by blockchain technologies?

MC: I like the gpi philosophy. I feel that with SWIFT being a key driver, this will have a greater acceptance by the corporate community. The cost reductions associated with the gpi initiative are very attractive. I don’t see a near term general acceptance of blockchain, so gpi being disregarded in favor of blockchain does not appear on the horizon. Blockchain is like a luxury penthouse. It’s big and flashy, but do you really need it? I think larger acceptance and comfort with blockchain may still not appeal to smaller corporates.

TXF: When will you be a robot? It’s a cheeky question but it speaks to the limits of digitisation in treasury.

MC: Cheeky, but valid. While you can build significant robotics to check multiple validation points, I’d like to think that there are always analyses that require not only information, but intuition and sometimes an appreciation for the irrational. Just look at how the stock market swings on emotion. As an example, cash and liquidity forecasting can be tracked, measured for accuracy, use historic algorithms, and it will always be wrong.

A man I knew once said, ‘The second you publish any forecast, it’s wrong.’ A very wise observation. The trick is to minimize the size of the ‘wrong’. There will always be circumstances that require more than a ‘yes or no’ (zero or one in computer language) and it is the human perception of said circumstances that can never be digitized.