Time to look beyond China for the future of trade

Jesse Chenard, CEO of MonetaGo, a fintech which mitigates trade fraud, explores the rise of smaller trade routes in the APAC region and the ways of which digitisation of trade finance has boosted this. 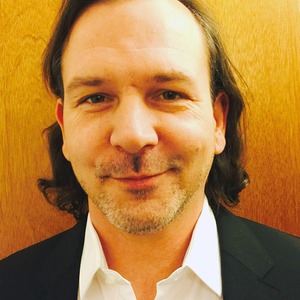 Despite being a sector that remains notoriously paper-based, trade finance has embraced the emergence of new technologies in recent years. Recognizing the huge, underserved trade finance gap, technology providers have offered solutions to bring the industry into the 21st century.

Although China has historically had a stronghold over not just trade across APAC, but arguably internationally, such volumes flowing between lesser recognized trade routes demonstrate that this might be changing.

Time then, for us to look to these smaller trade routes for innovative trade developments – this includes trade finance.

The establishment of one of the largest free trade deals in history – the Regional Comprehensive Economic Partnership (RCEP) - marked a major step towards a seamless trade landscape in Asia Pacific, akin to the European Union.

This agreement enables increased trade and co-operation between nations of different sizes - RCEP counts five G20 countries among its fifteen members. One member, Vietnam, has made inroads asserting itself as an alternative manufacturing hub for investors typically drawn to China. Between 2008 and 2018 Vietnam’s exports of electrical machinery increased almost 30 fold. Where trade increases, trade finance follows – participating Vietnamese banks have provided billions of dollars in trade finance guarantees through the IFC’s Global Trade Finance Program.

Another key RCEP member is Singapore. Despite garnering significant attention for a string of trade fraud scandals last year, Singapore has quickly established itself as a contender for the status of Asia’s ‘Silicon Valley’. The World Bank considers Singapore to be one of the world’s easiest places to do business and the country is determined to learn from last year’s fraud scandals - the Monetary Authority of Singapore has called for a phase-out of paper-based trade, in order to reduce fraud in trading transactions. Singapore’s pro-active attitude has attracted trade finance innovators keen to engage with its government and financial institutions to implement better trade fraud prevention practices.

According to the World Trade Organization, 80-90% of global trade relies on trade finance yet a lack of digitization leaves modern-day trade finance open to fraud. Fraud costs the global economy $5.127 trillion – 6.05% of global GDP. Now is the time for financial institutions and governments to explore new solutions to tackle fraud – this means digitizing paper-based legacy systems.

One such technology which is ideally suited to enable fraud prevention in trade finance is blockchain. Distributed ledger technology allows huge amounts of paperwork to be automated and verified. An immutable ledger could provide complete transparency over the transportation and processing of physical and online goods. Cross-border data flows could be tracked from start to finish, and the need for paper could be eliminated entirely. Double financing could be eradicated.

One example of digitization through blockchain is in India. India has had a live trade fraud prevention platform since 2018. As of September 2020, the blockchain-powered platform had processed over one million transactions allowing financial institutions to mitigate the risk of fraud through double financing.

The platform hashes data upon receipt to create a unique ‘fingerprint’ for each trade document, which is then registered to a private ledger. The platform also authenticates trade documents against available tax information and verifies the underlying goods being financed through waybill information. Blockchain’s intrinsic features of immutability, transparency and its network effect mean that financial institutions have visibility and can prevent double financing fraud in real-time.

It is clear that innovative technology and cross-border co-operation at the regional and international level has created a thriving trade finance industry in Asia Pacific. Many countries in the region are now recognized as trailblazers in the adoption of new technologies and the quest for digital transformation.

Although two-thirds of the world now trades more with China than the US, that does not mean we should ignore other more nimble players that are rapidly building trade routes of their own.–

Trade finance has come far since a decade ago and is on the cusp of being revolutionized thanks to technology. Capitalizing on the modernization of this sector involves diversification and democratization of trade routes. APAC is leading the charge in this - there’s no better place to look for innovative trade finance.