In this interview Jacob Katsman, the co-founder and director of GlobalTrade Corporation, discusses with three industry specialists the impact of the new law on the digitalisation of trade and what the law could mean for trade platforms and other jurisdictions.

On 30 April, 2021 the Law Commission of England and Wales published a consultation paper No 254, Digital Assets: electronic trade documents. The purpose of the paper was to conduct a public consultation on provisional proposals that would allow for electronic trade documents to have the same effect in law as their paper equivalents. In addition to the consultation paper, the commission has prepared a draft bill which would implement the provisional proposals. Industry participants and the general public were given until 30 July, 2021 to provide feedback to the paper.

Here, Sarah Green, commissioner for commercial and common law who is leading this project, Robert Parson, partner at Squire Patton Boggs London and Alexander Malaket, president of Opus Advisory Services International speak with Jacob Katsman about the impact of the proposed legislation on the digitalisation of trade, how the new law would facilitate adoption of electronic trade platforms, if rulebooks for handling electronic bills of lading would still be required, and the impact the enactment of the English legislation could have on other jurisdictions.

Jacob Katsman (JK): How much of a game changer the new English law would be for the acceptance of electronic trade documents globally?

Alexander Malaket (AM): ‘Game changer’ is an appropriate turn of phrase. English Common Law has influence in many parts of the world beyond its home market, across the Commonwealth, in Hong Kong and beyond, significantly influencing the jurisprudence of multiple other legal traditions and jurisdictions. London’s continued central role as a global financial centre, and the UK’s important contribution to global trade even as the post-Brexit reality is sorted out, combine to make this a strong launchpad for advancing the digitalisation of trade and trade documents worldwide.

Robert Parson (RP):  I am sensitive to the criticism of some commentators that English lawyers might tend to overstate the importance of English law internationally – and it’s a fair comment – but due to a mix of history, the efforts of the UK to remain at or near the centre of global financial and insurance markets, and the stability of English court decisions in this area, English law has remained globally influential over the years. English dispute resolution in the shipping and trade arena remains universally popular despite significant competition from other jurisdictions.

The change in Singaporean law to adopt the Model Law on Electronic Transferable Records (MLETR) was important, but a change in English law will inevitably have much wider worldwide implications. The UK government makes no secret of its support for legal change in this area as a means of keeping the UK at the focal point of this growing technology innovation sector and ensuring that the key UK professional and financial services sector continues to thrive. Backing a change in legislation by finding early parliamentary time for the new law to be passed would be a shrewd political move.

Other nations keen to embrace the opportunities and keep apace with the UK will surely follow suit. Many industry insiders therefore see the passage of enabling legislation as something of a tipping point for the broader use of electronic trade documents globally.

Sarah Green (SG): I have to agree with Alexander and Robert. It should be a real game changer. The law of England and Wales is currently used in the great majority of international commercial transactions, so its effect is much anticipated worldwide. According to many of the stakeholders we have spoken to across the world, other jurisdictions are waiting to see what we do, with a view to following suit if successful. This is partly about the influence of English law and partly about achieving international harmonisation and interoperability.

AM: In addition to its role as a financial and trade centre, London is also a hub for FinTech startups and for the evolution of the sector. While major ecommerce hubs are currently based in the US and China, there are national and regional versions of ecommerce platforms, as well as sector-specific versions that will grow in adoption, volume and value of business facilitated, and percentage of economic activity in throughput.

Even if progress in the UK does nothing more than provide a starting point for other jurisdictions to tailor and adopt their own versions of a legal enabling environment, that will be more substantive progress than we have seen in the three decades since the aspiration to digitise trade and dematerialise documents became a serious one. If the efforts of the Law Commission, the UK Parliament and ICC UK succeed is doing more – such as driving adoption among counterparties trading with UK businesses, or nations negotiating (or updating) trade deals with other Common Law influenced countries, the impact will be amplified.

RP: The key difference which the proposed English law change would introduce would be that the concept of trade documents existing in electronic form would no longer be a futuristic theory but a present reality. Electronic platforms would have the ability to trade live, legally enforceable generic electronic products and market participants would likely have a choice of providers.

Some electronic documents and products already do not require legal intervention – take simple contracts and the issuance and transfer of guarantee obligations in international or domestic trade for example – the global legislative changes that made digital signatures and electronic evidence of contracts a reality around 20 years ago have allowed platforms to grow and succeed. However, the inability to provide key trade documents in digital form has prevented the market from properly exploiting the opportunities which technology now offers us.

The ability to market openly negotiable/transferrable trade documents on an electronic trade platform will make electronic trade platforms a much more interesting proposition. If the issuers and subsequent holders of bills of lading move online then an entire market will follow. Like any form of delivery of message or document which does not involve using your country’s national postal service, some level of user agreement will always be needed to be allowed access to the platform but that is a part of everyday life that we all now accept from online grocery shipping to dealing with government departments.

SG: It is bound to encourage the use of such platforms where they fit the conditions of the proposals (i.e., they generate and contain documents that meet the criteria above).  The proposals do not in any way, however, mandate the use of electronic documents and they also allow for the change of medium from electronic to paper where that might occur.

JK: In the past in order to use the electronic equivalent of a negotiable bill of lading a company would need to sign up to a rulebook and an electronic trade platform which created a multi-party agreement among the signatories. If the proposed legislation comes into law would the market for the rulebook-based systems still have relevance?

AM: The debate about ‘closed systems’ with proprietary rulebooks based on the notion of membership, versus ‘open systems’ is already several years old, and the tendency in terms of market preference and adoption appears to be leaning in favour of the more open, interoperable and inclusive models. Wide adoption of the approach reflected in the UK may be more aligned with or suited to these open systems; other approaches are likely to persist, but may find themselves relegated to serving smaller ecosystems, or forced to revise their models to some form of hybrid that allows for some degree of openness and wider access.

RP:  The rulebook-based platforms have helped make the market in electronic trade which the proposed legal changes will give a huge boost to once they become law. While the ‘club’ type multiparty contractual arrangements that have been necessary to date to tie everyone into the use of an electronic transport document may no longer be needed in the future, the trust and confidence in the use of electronic platforms that those systems have built up is invaluable.

Not only does that trust and confidence provide those systems/companies with an excellent opportunity to be at the forefront of efforts to exploit the new legal changes because of their spread of trade contacts and knowledge of international trade, but it has boosted the market perception of electronic trade platforms generally, their security and the reliability of available technology that is an essential ingredient of wider take-up of electronic documents. I would expect to see those companies which have led the pre-legislation charge refocus their offerings to play a significant role – alongside new players – in the post legislation market.

JK: What impact the enactment of the English legislation have on other jurisdictions?

AM: This will be a watershed moment in the journey to digitise trade documentation and trade itself. In the same way that Covid forced industry stakeholders to prove that digital commerce is possible and workable, and in the same way that Sir Roger Bannister first broke the barrier of the 4-minute mile in 1954, this milestone will break the psychological, bureaucratic, regulatory and legal barriers to digitalisation across many key centres of trade around the globe.

RP: The potential for English legislation influencing other jurisdictions will be significant. Countries within the Commonwealth – some 54 countries which share with the UK a common legal background (many being former colonies), are likely to see a change in English law as a signal to adopt similar provisions because the same considerations – which include a common reliance on historical English case law as a precedent in many cases – will influence how legal change will be put into effect.

Other jurisdictions may see the commercial exploitation benefits of keeping pace with the UK in what will be an increasingly competitive race to be at the forefront of the technological revolution in international trade. Overall, the impact internationally will be greater than any other single change in the law in the UK for many years and wider than the impact of Brexit.

SG: It will trigger wider reform across the globe by encouraging other jurisdictions to make similar changes and achieve the same objectives. 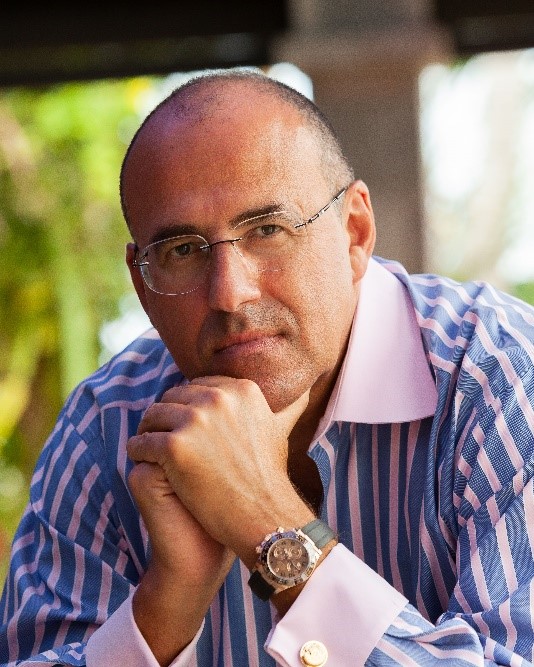 *Jacob Katsman is the co-founder and director of GlobalTrade Corporation www.globaltradecorp.com For the last 22 years he has been innovating in the space of trade services and trade finance automation and digitalisation. Jacob is also the executive editor of Trade Services Update, a quarterly journal covering practical aspects of payment instruments in international trade.