Stages for Change: “If you’re about diversity, you need to be about all aspects of diversity”

In this fortnight’s Stages for Change instalment, TXF’s Aife Howse speaks to Allen and Overy’s Catherine Lang-Anderson, who heads up the firm’s trade and commodity finance practice in London and plays an active role in its diversity and inclusion initiatives.

While the commodities industry is evolving with the wider employment sectors to become a more inclusive space, it remains a predominantly male-led business. A study by Catalyst shows that women make up nearly half of the financial services industry, but that less than 13% of women in finance make it to leadership roles such as CFO. Homing in on the commodities industry in particular, women in leadership roles across the world’s largest commodity traders sits at an even slighter fraction of around 5%, according to Bloomberg.

Catherine Lang-Anderson, partner at Allen and Overy, points out that the industry has come a long way, even from just eight years ago, when she attended a commodity and trade finance conference with not one female speaker. Now, diversity and inclusion are at the forefront of many businesses’ strategies, and the focus is on so much more than just gender diversity. As a woman who has reached the top in her field, Catherine talks about how she got to where she is today and how the industry has changed.

Aife: What does your job as partner at Allen and Overy entail? 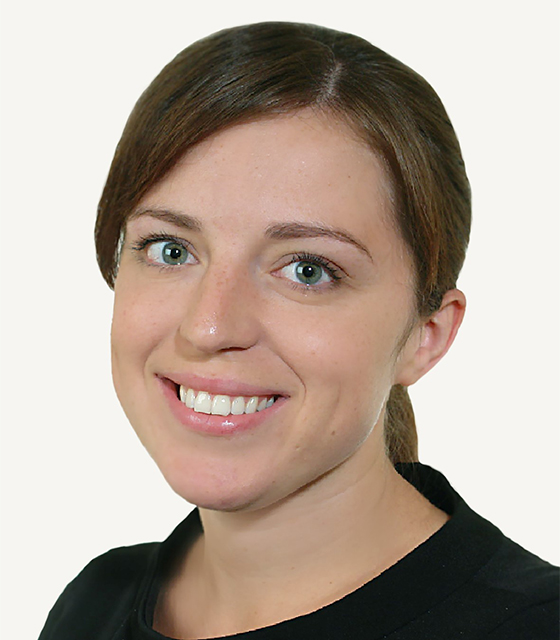 Catherine Lang-Anderson (CLA): I head up our trade and commodity finance practice in London. My role involves managing that practice and advising our clients on deals across the TCF spectrum, from structured commodity finance, trade finance, supply chain finance to restructurings in the commodities space. My team also acts as a source of global expertise within our firm for trade finance.

Outside of my transactional practice, I am also very active in promoting and implementing A&O’s diversity and inclusion efforts. It’s a passion of mine and my involvement ranges from mentoring people around the network, speaking at our training and development programmes and looking at how we can change policies in areas like flexible working.

Aife: Is commodity trade finance an industry that you always wanted to go into?

(CLA): Very early in my career I went to Moscow. Russia was a great place to do commodity finance, as the biggest country in the world by land mass with some of the richest natural resources. This was in the mid-to-late 2000s when the market was really booming, and commodity finance was obviously an exciting product area to work in – as a junior and mid-level lawyer I got a vast amount of experience on fast-paced deals across the region.

What's kept me in the industry is the quality of work, the variety, and the people. Trade finance is a very interesting area to practise as we get to advise on fast paced cross-border deals but there is also plenty of opportunity to be a nerdy lawyer in this quite technical area of law.

I always wanted to work internationally and so I’m fortunate to get to advise clients on global deals across the full spectrum of the market – for example I could be doing an oil deal in Russia, a coffee deal in Brazil, and metals deal in Asia. That variety is fantastic and so interesting though I will confess that managing the various time zones can be a bit tricky!

I also love the very real nature of what our clients do and that we are financing physical trade flows and supply chains across the world.

Aife: TXF’s H1 data report showed an almost 50% year-on-year drop in deal volume from the first half 2020 compared to 2021. Does this surprise you?

(CLA): That's a big drop. The pandemic really shouldn't be underestimated. As a practice, we have not necessarily been doing as many new deals as we would be normally, but we've been extremely busy doing a range of work from advisory work, deals focused on bridging situations that have arisen during the pandemic, and some restructurings as well.  We’ve seen an increased demand for products like receivables finance, renewed interest in trade finance as an asset class and an even greater focus on careful structuring. Hopefully things are getting moving again. In the last few months, I have noticed, going off what's been coming across my desk, that deal flow seems to be picking up.

Aife: What industry trend are you most keeping your eye on at the moment?

(CLA): It will come as no surprise to hear that ESG is grabbing most attention and time at the moment. Within the whole topic of ESG, it’s important to ask ourselves if what we're doing as an industry is enough. Are we bringing about change quickly enough? Are the ESG features that we're bringing into deals robust and ambitious enough? There's obviously such a tide of change on the ESG front now coming out of lockdowns. I hope that, as an industry, we can really step up and play a lead role in improving things.

And in terms of technology, again, the pandemic was a real turning point in terms of people's attitudes. In the early days of the pandemic, it was clear that digitalisation could have helped to minimise disruption.  Are we embracing technology quickly enough? Will we be able to build the legal framework around these new technological solutions at the right pace to really capitalise on what's available?

Aife: Have you seen any form of digitalisation or blockchain platforms coming into the deals you work on?

(CLA): I don't think it's quite there yet in terms of big structured deals, to be honest but things are moving quickly.

As lawyers, what’s interesting is looking at how these new solutions fits into the legal structure of a deal. There’s still a lot of work to be done on that front, for example, how do you take security over an item on the blockchain, or how do you build your legal structure around those solutions? That obviously requires lawyers to understand the technology, and in turn requires the people developing the technology to understand the broader legal framework that the deals are structured in.

It becomes quite complex. In commodity finance, we're used to thinking about the legal structuring around the physical location of the goods. If the focus shifts to technological solutions, how does that change things even on the most basic structuring points such as what laws are relevant? It doesn’t help if for example English law gets really up to speed on building a legal framework around available technology, but that's not relevant to your transaction in terms of where the where the trade flows are or where the technology is being applied.

It’s all about taking principles that we have and seeing how they would apply to things that haven't been done before. For lawyers, that's incredibly interesting.

Aife: You mentioned your involvement in diversity and inclusion. Statistically, women are more likely to be stagnated and junior or middle management roles in the commodities industry. Do you think there is more that could be done to level the playing field in terms of gender or indeed wider diversity?

(CLA): We have to acknowledge that there is still a lot to be done. But it’s also important to acknowledge how far we've come. Going back even a decade when I was first starting out you had to look much harder, and often outside of your own organisation, to find female role models in the industry. When I was a mid-level lawyer 8 years ago, I went to a conference in Geneva – not a TXF one, this was before TXF’s time - and over the two days, not a single woman spoke on the stage. Even more disheartening was that none of the other delegates I mentioned this to seemed to have noticed until I pointed it out. Back then, the industry hadn't even really acknowledged that this was a problem.

Now, that would be unthinkable. We've got many visible high-profile women in the industry including the inspiring women you have profiled in this series who have reached very senior roles in what they do.  Things are improving but there is a long way to go.

Using my own firm as an example, we're really focused on diversity and inclusion and we look at this through different lenses including gender, race, LGBTQ+, socioeconomic backgrounds – we are trying to look at all aspects of diversity and level the playing field.  As partners in a global business, we have done a lot of work around understanding what the issues are, making some bold changes to effect change and how we hold ourselves accountable.  For example, we have been listed in The Times Top 50 Employers for women for three years in a row, we won Stonewall’s global network award, and we were also named a Top 10 Outstanding Employer in the Ethnicity Awards 2021.  Those awards make me just as proud as our commodities deal of the year awards!  I'm pretty involved with many of those strands of diversity and inclusion efforts within A&O - if you’re about diversity, you need to be about all aspects of diversity.

Aife: As a woman that has made it to the position of partner, what advice would you give to somebody that would like to follow in your footsteps?

(CLA): First of all, enjoy it! Your career is a big part of your life, and you have to find the fun in it – I have had so many great times with colleagues and clients. Take all the opportunities you can get and create your own too.

Work out what's important to you and what you enjoy and have the confidence to build a career which complements that. For me, for example, it was things like going to Moscow when I just qualified, when the general advice that I was given was that it was too early in my career. Or asking for more flexibility when I had my kids. At the time, this was not very common but it was important to me, so I made sure to speak up for what I wanted and it has not harmed my progression. That goes for career goals and promotions too – make sure you are having regular conversations about your ambitions and what you need to do to achieve them.