Agriculture gets its Act together

Governments in African, Caribbean and Pacific countries have a huge responsibility to support agriculture, which in many cases employs more than half the population and is a foundation for the economy. 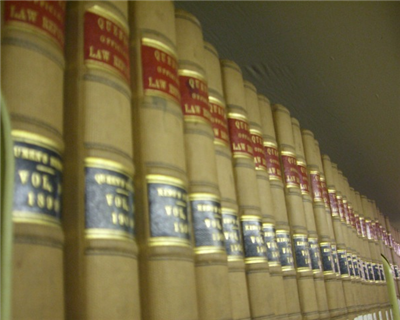 Governments in African, Caribbean and Pacific countries have a huge responsibility to support agriculture, which in many cases employs more than half the population and is a foundation for the economy.

The legislative and regulatory environments in many emerging countries remain, however, among the biggest concerns banks have about financing agriculture and soft commodities there. Even where rules are in place, enforcement is sometimes a different issue. And with land ownership in many countries either ambiguous or non-existent, the concept of taking collateral becomes problematic.

Progress is certainly being made though, with a careful balancing act underway in many countries. While some countries such as Zambia or Nigeria seek to support local farmers with anything from guaranteed crop prices to import bans, others such as Ethiopia or Kenya are trying to attract banks with sophisticated commodity exchanges underpinned by regulations that give substance to financing tools like warehouse receipts.

So which countries are leading the way in both supporting farmers and winning financiers’ confidence, and what more could they do?

There are a number of steps that governments in emerging markets could take to help support their agricultural industries and stimulate bank lending, according to Nicholas Budd, retired partner and head of the trade finance group at White & Case and consultant to the World Bank.

Many of these focus on supporting tools like warehouse receipt financing, which help banks find a way to finance traders and farmers whose only collateral are the crops they produce.

Setting up a government-regulated commodities exchange that allowed for the trading of futures as well as spot contracts would inject transparency and liquidity into the market, as well as providing hedging possibilities, he says.

Allowing members of the exchange to offer financing to customers would also create more competition for banks that currently provide secured working capital loans to traders and other players.

To help facilitate the development of warehouse receipt finance, governments should establish a network of warehouses that are regulated and licensed by either the government or the commodity exchange, Budd advises. These would have to meet minimum standards in terms of regular inspections and financial management.

“The country that is probably the most famous in developing countries for their adoption of legislation regarding commodity exchanges is Ethiopia,” he says. “It has its critics and its supporters. But it’s a vigorous and very heavily government-sponsored effort that has achieved some level of activity almost overnight.”

Governments should also look at adopting a new law to allow the creation of security rights over future and growing crops. “The real pioneer of that is Brazil, with its CPRs,” he says.

Elsewhere, creating a central bank loan discounting mechanism would encourage international banks to lend to local banks, which could use that money to provide short-term, self-liquidating, secured loans to finance agricultural commodities.

Relaxing banks’ reserve and capital requirements for some structured assets in the short-term trade and agriculture sectors would also allow more money to flow, he says.

Governments could also help provide more stability to farmers by setting up government-subsidised crop insurance programmes, underwritten by the private sector. These products would cover farmers against a range of risks such as drought, flood and loss of irrigation sources, Budd says.

“The legal system in a country needs to be predictable. People need to know what their contract is worth,” says Geert Bierman, director of commodity finance at ING.

This limits, for example, ING’s participa- tion in warehouse receipt finance to “very well regulated” countries like Vietnam. “In a lot of countries, the legal system is not as developed as you want,” he says. “Therefore, taking security is not always possible.”

“If governments are committed to getting the agricultural industry to grow, it is imperative that they supply a solid framework and policy to facilitate bankable security to the private sector,” says Zhann Meyer, Africa head, global commodity finance at Nedbank Capital.

“A lack of legislative framework and consistently applied agricultural policy scare investors,” he says. “Banks also shy away if there’s no certainty in terms of borders being closed or opened for the import or export of commodities. Inconsistency in terms of import tariffs between seasons also concerns us because it makes re-selling of the commodity in a pre-identified market difficult.”

In Kenya, “the government is doing its best to make sure the industry is stimulated,” Meyer says. “In terms of infrastructure and storage and the creation of markets, Kenya’s quite possibly at the forefront of opening the next exchange for soft commodities in Nairobi. And that’s crucial for free trade.”

Mozambique’s decision to offer free long-term land leases has attracted hundreds of South African farmers to relocate there, says Meyer. This is partly because of uncertainty about South Africa’s land reform programme, but also because Mozambique offers excellent soil, weather and access to ports.

Nigeria’s ministry of agriculture is also making great strides at bringing agriculture back after decades of the over-reliance on crude oil. Import bans on rice, plus investment in rice processing plants in the country are encouraging it to become more self-sufficient, says Meyer.

And finally Ghana. The annual Ghana Cocoa Board pre-export financing transaction is oversubscribed by banks every year. This is “because banks realise that it shows governance, it shows control, it shows administrative capability,” says Meyer. “Those kind of things help towards building a reputation.”