Export credit agencies offering only ‘pure covers’ i.e. only credit insurance, have been instrumental in promoting international trade since the dawn of the century. 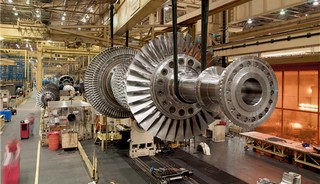 Export credit agencies offering only ‘pure covers’ i.e. only credit insurance, have been instrumental in promoting international trade since the dawn of the century. Credit insurance is an insurance activity with a unique mitigation capability when managed with a clear credit underwriting policy with as many parameters like maximum liability, percentage of cover, etc., to cap the losses at any point in time. Another aspect of the credit insurance’s ability to mitigate the risk is through some consideration of the probability of default and underwriting options which will address the stress situation. Due to its underwriting capability and short term maturity, any relevant adverse change can be managed before the end of a one year horizon with even the reduction of exposure.

The loss ratio’s graph for an enterprise would get amplified at the crest without credit insurance mitigation arrangement. Credit insurance demonstrates the ability to go through the economic cycle with individual reviews of the buyers monitored by geography and industry. The exposure could also be already restricted on a buyer while taking into account the sensitivities of the sector. Thus credit insurance has a unique capability to smoothen the risks through the economic cycles and thereby reduce its adverse impact on a worst case scenario.

As regards credit exposures, there is a clear difference between bank credit and credit insurance. Bank loans are given to an entity on a ‘going concern’ basis particularly in developing economies and the facility would have to be invariably renewed, barring some exceptional situations. Credit insurance is also renewable, but also cancellable by either party. Should the debtor undergo changes, say, declining creditworthiness, bank credit remains unchanged at 100% debt. Whereas in insurance, only amounts committed with invoices sent to an affected debtor is stuck and appropriate action to reprice, contain, reduce or even deny a cover for future is possible. Hence the banking model cannot be adopted straightaway to credit insurance, given the above clarity on the specific nature of insurance.

Guidelines on bank credit risk under Basel II are specifically applicable to business risk just as the Underwriting Risk Model is for the credit insurance line of business. Credit insurance is widely used by financial institutions to mitigate their risks wherein the risk gets transferred to the insurance company. In the Insurance business, Solvency II directives define a credit risk (in respect of third party debtors) of an insurance company. Solvency II considers only a 12 month timescale. This means that the calculated Solvency Capital Requirement (SCR) must be sufficient to guarantee the solvency for the insurer over this period. This also dictates that the SCR calculation must be in consonance with the Enterprise Risk Management (ERM). If the business model and/ or the behaviour of the assumed risks represent a longer term view, the capital calculation should also be accordingly addressed.

Credit risk as accepted in Solvency II is associated with three sub categories of risks :

a) Premium and Reserve risk – a simple model based on Value at Risk [VaR] over the volume of premiums and reserves.

b) Lapse risk – is the risk that a substantial volume of policies would be cancelled or not and its effect on solvency.

c) Catastrophic risk – risk of simultaneous large claims and the risk of recession.

Specific parameters of credit insurance and their influence over a one year horizon risk on capital computation would be that policies include insurance features thereby limiting the risk by way of a) maximum liability, b) consideration on the basis of a portfolio and c) the backing of reinsurance. However, in the current global situation, post 2007, adequate ERM is warranted while ensuring solvency over a longer time scale, say at least three to five years.

Each insurer can, however, use a model that is best suited for its purpose with the condition that it obtains authorisation from the regulator, if the latter permits such consideration.

In another approach, in addition to default / non default approach, factors like liquidity, dilution of capital, size of company, legal structure, etc., can also be built in.

After obtaining the buyer rating and fixing the exposure limit, the buyer level, exporter level, group level, etc., exposures can be aggregated. Analysing the risks individually and allowing subsequent aggregation is a genuine Insurance method.

Sometimes assumptions result in underestimating the extreme events. In order to compensate for this, the intensity of certain critical connections between factors can be deliberately worsened in the model. This approach, NORTA [normal to anything], can be applied on the whole portfolio. The outcome will complement the benchmark approach in credit insurance and enable adjustment of tail distribution.

Credit insurance also follows accounting on accrual basis with a ‘going concern’ concept i.e., to maintain accounting records with the assumption that it would continue to operate indefinitely. Reserves are estimates an insurer needs to pay future contract obligations. Reserves make up a significant portion of an insurer’s liabilities.

Estimates of outstanding claims can be provided for on a case-by-case basis and using statistical methods at the portfolio level.

For the purpose of clarity, it may be understood that reserves strengthen the financial position of the insurer to meet future unknown losses and liabilities; whereas provisions are made to meet known losses and liabilities with amounts not being certain. Free reserves are created when enough profits are made whereas provisions are created even if there is a loss in business.

Apart from the capacity derived from the above reserves strength, the extent of exposures that may be retained also needs a review. The relevant retention policy is always a function of the financial robustness of an insurer. In this regard, the most important factors are solvency, regulations, underwriting capacity, financial strength, corporate willingness to take risks, reinsurance support, portfolio composition and large risk and CAT protection. As a matter of prudence, Exposure retention is almost always linked to the net worth of an insurer.

Thus export credit insurance is a capital intensive business with a demand for single high value risks which are backed by large orders. A boom will warrant more capital as the jump in business would be more pronounced than in other lines of insurance.

ECGC, perhaps the only ECA subject to insurance regulations, has a regulatory balance sheet based solvency ratio of 9.79 and an economic capital based balance sheet solvency ratio of 2.3 which depicts the financial robustness at present. The major challenge is to address the need for a decent return on capital, while pursuing the objective of export promotion in keeping with the vision and mission with which ECGC was set up. So pricing is a tight rope walk with investment income being the saviour.

ECGC has an ‘experience rating mechanism’ in place for covers issued to exporters and banks. The effect of large claims is reflected at the renewal time with the withdrawal of NCB and/or loading of premium rates and reduction in the percentage of cover. ECGC does not factor in reinsurance arrangements into pricing of any product.

A reserve for unexpired risk requires to be created to the extent of premium income attributable and allocated to succeeding accounting periods which is 50% of net premium income.

a) outstanding claims reserve / claim estimate reserves are accounted on the basis of accepted and acknowledged claims which the insurer expects to settle.

b) Unexpired risk reserve calculated at 50% of the net written premium of the financial year (as per the regulator).

c) Premium deficiency reserve (PDR) …if the result of ‘unexpired risk reserve’ less the sum of (expected claims cost plus claims handling expenses is positive) then a PDR is not required or else a PDR would need to be created for the deficit. Actuary has to certify the expected claim costs.

d) IBNR claims reserves. A point estimate I.e., a deterministic approach is being used to calculate IBNR. Normally 85% to 90% of claims incurred are paid within two years. Long tail claims are expected to fully run off in eight years (repudiation, representation, litigation cycles, etc). Pure IBNR is calculated on a net of reinsurance basis.

Constraints faced by ECGC over a period of time, owing to regulations and compliance in carrying out its mandate, have been causing concern in the Indian context. They exist in the areas of pricing, product profile, prudential exposures, etc.

Price moderations in response to market demand/slump or decrease in exports cannot be effected in a timely manner without establishing viability through actuarial assessment. Similarly, in quick response to market demands, a new product or modifications to existing products cannot be introduced until actuarial certification is obtained. As in motor or marine insurance, each risk needs to be measured through life cycles, namely: performance, claims, recovery, etc. This kind of analysis may not be directly relevant to export credit insurance offered with a promotion objective of an ECA.

An overall surplus is not sufficient and no product can subsidise another as per regulations while ECAs operate on a long term financial sustainability as per budget accounting method and not on an annual basis surplus as per regular insurance accounting. The objective is to promote exports and not maximise profits. The stability of support by an ECA is paramount particularly in an economic downturn. Most of the credit insurers have mono line businesses and concentration risk is another challenge with country, sector, buyer risks being highly volatile.

ECGC has to worry about concentration risks which results in lost export opportunities. Support for bank lending to exporters is also not wholesome owing to the prudential risk monitoring which affects the credit flows to the export industry. ECGC is indeed walking a tight rope since it has been subject to insurance regulations while balancing its role between the mandate of export promotion and the compliance of insurance regulations. In order to empower the organisation for an enhanced role, it is time to review the present status and reinforce its role in consonance with its goals having already imbibed the discipline of regulations.