The OECD Consensus has a long history but it’s still the only game in town. With the International Working Group now in stasis, is that a problem, or is it going to focus minds on reform? It’s time for new thinking. 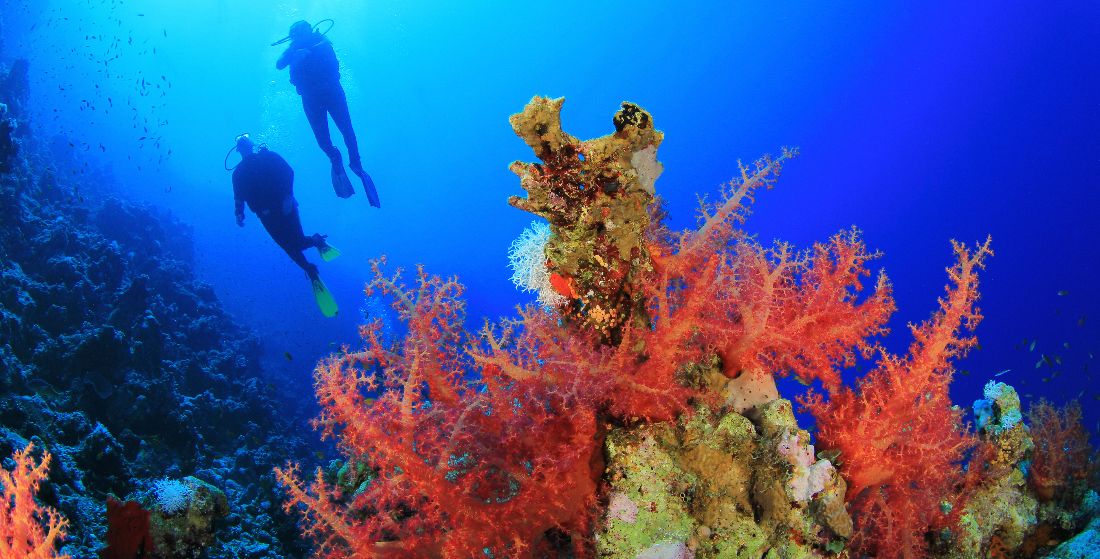 Coral reefs can take upwards of 10,000 years to form in nature, from layers of limestone from the delicate organisms that create them. It’s taken more than four decades for the OECD Consensus to accrete into its current form. The ‘Arrangement on Officially Supported Export Credits’ to give its full title – started out in 1978 building on the export credit ‘Consensus’ among a number of OECD countries in 1976 as a way of getting the world’s major exporting nations, in those days, the OECD countries, to agree on a level playing field for fair competition and, in the process, to rein in the huge export finance subsidies which were beginning to seem unsustainable even to the richest of them.

It’s still going – but is it still going strong? Pekka Karkovirta, Chairman of the Participants to the Arrangement and Vice President, International Relations, Finnvera, is in no doubt. “If you look at the history of the Arrangement, this has been, and still is, the only international agreement governing export credits in the world,” he says.

If you would like a little light reading, here is the evolution of all amendments to the Arrangement up until January last year. Karkovirta acknowledges that there have been considerable pressures placed upon the Arrangement in recent years but says that it is still in good working order. “Has it been functioning?,” he asks. “I think most of the Participants would say, yes, of course.”

Most observers agree that the founding principles – trust and transparency (but, cynics ask, in which order?) – remain at its heart today. “And it has been functioning so well because of the trust between the Participants. I can't overestimate this, in such a way that you can only build that trust if you are transparent in what you are doing.”

There have been circumventions in the Arrangement, Karkovirta accepts, but they have been due to pressures from outside. The markets, for example, were quick to provide financial engineering which could take the traditional export credit apart and use derivatives to create a more competitive offer. And the markets were also becoming more deep, more liquid and more discriminating in their competitive assessments. The ‘one size fits all’ Matrix (well, it was ‘nine sizes fits all’) no longer applied to a world of fine degrees of shade not just black and white and something in between.

And the biggest pressures have been coming from outside the Consensus’s core community from the OECD. Countries which were once indisputably not rich (defined and redefined as Poor, Less Developed, Developing, Emerging and so on over time), moved from being exporters of primary goods and importers of capital goods to the opposite. Not all, but the size of the emerging exporting nations (China the biggest of them all, with India, Brazil, Russia and South Africa) meant that their non-adherence to the OECD’s Consensus club created a need for a new forum. The International Working Group on Export Credits (IWG), was established in 2012 with the aim of trying to bridge the gap between them and the Consensus Participants.

The establishment of the IWG was a great step forward, at least in hope, but disparity of economic structures and, even more basically, bigger political issues have not fulfilled expectations. As Michal Ron, who spent three years as its Secretary General until her term expired in September, and is now President of the Berne Union, recalled in the Berne Union Yearbook 2020, “I personally witnessed how political tensions may lead to the polarisation of the debate and jeopardise efforts to focus on common goals.”

IWG in mothballs – a problem?

In November 2020, IWG technical groups were formally suspended by 11 of the 18 countries (including the EU) for a year due to the freeze on the IWG technical work. A new Secretary General has neither been so far agreed nor announced. Will the IWG’s stalling be seen as a failure or give more dynamism to the Arrangement as it currently stands?

Even during the IWG, the OECD did not stop its work. “We weren't idle during the IWG, you know,” says Karkovirta. “We were progressing on various issues in in the Arrangement during that time.” In fact, those eight years were not lost. Well outside of the closed world of export credits was the Paris Agreement of 2016. That was one of the greatest challenges for the providers of climate-changing industry and Karkovirta is justifiably proud of the achievement.

“We got a result two weeks before the Paris Agreement, basically,” he remembers. “And that was that for coal fired electricity energy projects in that we, quite frankly, banned the lowest [most polluting] technology while you were allowed to use the [most efficient] technology.”

[The Arrangement has long had Sector Understandings, mini-‘Gentlemen’s Agreements’, because the interested parties in some of them, such as commercial aerospace and shipping, were so few. At the moment, there are six in total which might be summed as aircraft, ships and trains plus three in energy and the environment (nuclear power, renewable energy, climate change mitigation and adaptation, and water projects, and coal-fired electricity).]

The environment is only part of the way in which the Participants are responding to technical change because the old approaches may not respond to new needs, perhaps in pricing (insurance premiums and interest rates) but certainly in length or tenor of credit.

Looking beyond those perfect, bankable deals

“If you look at the financial flows,” says Karkovirta, “it may be the case that those flows under the Arrangement terms and their share of the global public supported financial flows have been diminishing.” Looking out for “these lovely deals, the perfectly bankable deals” makes for great projects (and headlines), he continues, “but actually what needs to be financed is the narrowing of the trade gap, pandemic-related issues and related financing.” There is certainly an argument, he concedes, that these other things are not really being covered or not being promoted at the moment. That is a concern.

“There should be a possibility to view the risk in a way that the premium is still a remuneration or it covers the risk, but not by banning or making it impossible to actually have these longer repayment terms.” He cites the examples of wind turbine power parks with [tenors of] 18 years or so. “They've been taking place, no problem.”

In addition to those bankable deals and insurable risks, come survival and development assistance. Water and wind are everywhere but clean water is big business and wind power is cleaner than coal (though sometimes clean water might mean dirty concrete and steel).

Neither can be measured easily or completely in numbers of x per cent at y per cent premium over z years. Injecting or adding aid (variously, credits mixtes, mixed and blended credits, tied aid and so on since the Consensus began) also blurs the picture.

These changing realities raise the question of where the Consensus will, or should, go. “Would it be time to, and can we,” asks Karkovirta, “make one agreement which would, let's say, allow more flexible terms on the merits of the project?”

There is no denying that some of the detailed rules and regulations are, well, very detailed. “The Arrangement of today is a document of around 150 pages long, and is relatively difficult to read. It has been written by professional export credit negotiators as a compromise text between the Participants. It is not always very clear, and it may not always meet the needs of markets, exporters, buyers or projects.”

Put up, don’t shut up

Actually, that’s not so bad for an international agreement dating back to 1978. But perhaps the voices are getting louder? “We've been hearing some of the complaints in the past year,” says Karkovirta, “They might be coming from banks or the buyers, but then when they complained, we have always had to look at why they are complaining.”

Complaining is one thing, acting is another. What is the best outcome possible in the current environment for the Arrangement? Will it become more irrelevant as non-OECD countries compete unfairly or will there be more tendency to break it internally? Those questions still remain. But is there any specific timetables for any reforms?

“Participants need to put the proposals on the table, which may need various negotiation rounds. They might be technically difficult, which may mean that there may have to be a technical subgroups. If we talk about, for instance, interest rates, they are technically so demanding that the normal political negotiators might not have the capacity to understand the technical details. You have the technical experts to look at those issues as well. So it may take time.”

Time for new thinking is ahead. Like a coral reef, the Arrangement is delicate, subject to abuse, but very valuable in parts to the world economy. Still the only game, still the long game.

Overcoming Catch-22 and Covid-19: A treasury perspective on trade
Henrik Welch, vice president and group treasurer at Alfa Laval discusses treasury perspectives on navigating international trade and cross border working capital management with TXF, and the need for banks and ECAs to step up further.

ADB issues financial advisory EoI for Uzbek solar plant
The Asian Development Bank has issued a request for expression of interest (EoI) from financial advisers for the 300MW Sherabad II solar project in Uzbekistan. Advisers have until 1 February this year to express their interest.

Matas moves up at IDB Invest
IDB Invest appointed Rafael Matas to run energy and infrastructure investments in the Andean region of South America at the end of last month.

Footscray PPP financing out to banks
The debt financing backing the A$1.495 billion ($1.15 billion) Footscray Hospital PPP in Australia – awarded to Plenary Health consortium in October last year by the Victorian Health & Human Services Building Authority – is out to banks for syndication commitments.

NRG Energy out to banks for NY gas-fired plant
NRG Energy has appointed Credit Agricole as financial adviser on its latest capital raise for its merchant gas-fired project in New York, including an approximately $280 million facility with a tenor of construction-plus five years.