Part of the commodity trade finance sector is transforming itself with the use of digital platforms utilising blockchain technology. We look at two key examples where significant inroads are being made. 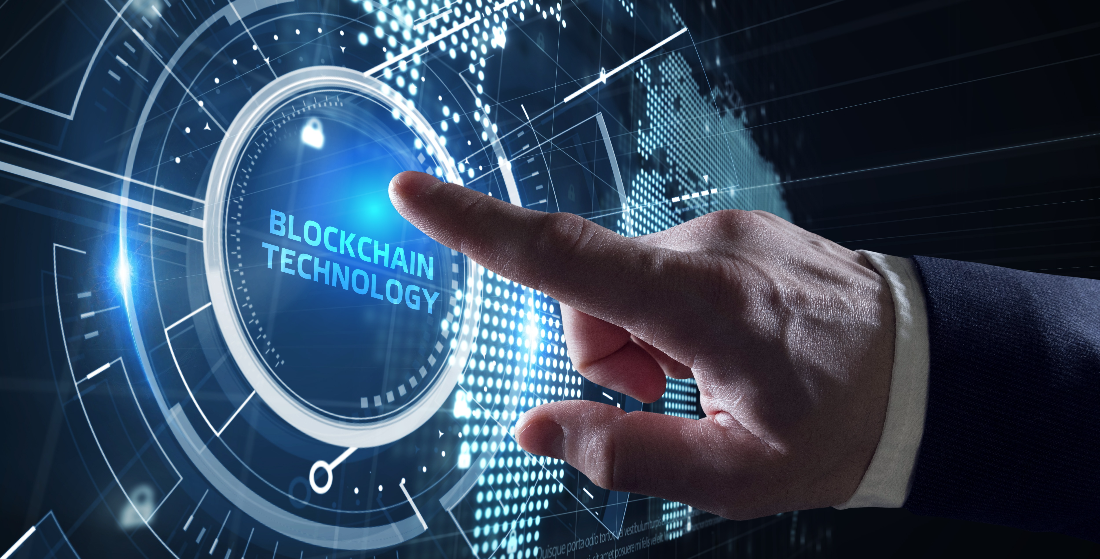 When I wrote the TXF Weekly blog on 4 August about the disruption to seaborne trade – ‘Global trade: all at sea and badly disrupted’ - it was largely focused on the severe disruption taking place within the container shipping sector and the associated fractured supply chains related to that sector. But, although container trade makes up by far the largest proportion of seaborne trade, it needs to be emphasised that most of the world’s commodity trade is also carried by seaborne vessels of one description or another – predominantly bulk carriers or tankers.

Commodity trade flows have also suffered from certain degrees of disruption particularly where ports are clogged with traffic (or seaways blocked by vessels), but fortunately not to the extent of the container sector – which is suffering from physical container logistic problems. But unplanned costs such as demurrage and delay significantly add to overall costs for commodity shippers. Nevertheless, the move to ‘just-in-case’ as opposed to ‘just-in-time’ operability is arguably just as relevant today within the commodity sector.

Commodity flows are in a boom period, and the prices of many commodities are reflective of this. At the same time demand for bulk carriers – vessels carrying iron ore, coal and grains etc – are in heavy demand. The Baltic Exchange’s main sea freight index, which tracks rates for ships carrying dry bulk commodities, rallied to its highest in more than 11 years last week, fuelled by strong demand across vessel segments.

There is a long way to go but already some big steps have been made, and it is widely agreed that the pace of these developments will increase in the coming years as people see the tangible results of some of the initiatives already employed.

Within commodities digital platforms are just one element where developments are improving the efficiencies of the trading environment. Here we will focus on two of those developments - Komgo and Covantis - where blockchain-based technology is being used and which appear to be making significant inroads.

In May this year, Komgo – a blockchain based platform for the commodity and trade finance sector - broke new ground when it was appointed as digital agent on a $500 million sustainability-linked borrowing base facility for Swiss-based coffee trader Sucafina.

Borrowing base structures infamously require a lot of data sourcing and comparing this data to the rules of the borrowing base, which is typically done by the agent bank and requires a lot of manual work, such as gathering information on warehouses and stock by email and keeping track of this information on paper and spreadsheets.

At the time, Kris Van Broekhoven, CFO at Komgo, told TXF: “All this work needs to be done manually before the borrower can access the funds, which is one of the key pain points of a borrowing base. What Komgo has come up with, together with Sucafina and ING, is a system that automates much of this data gathering, and the reconciliation of this data.”

For example, throughout the maturity of this borrowing base, Sucafina will need to send out regular requests to its 80 warehouses for the latest inventory positions. “The tool will allow them to do this with just one click,” Van Broekhoven explained.

Much more on this unique financing can be found here: Sucafina: The digital borrowing base benchmark

Van Broekhoven also noted: “The system is all about operational efficiencies, reduction of human error, and providing audit trails that people can go back to and trust.” He added: “we very much think this will be a useful tool for the entire industry in the near future, not just within borrowing bases, but also reserve based lending and other types of asset-based financing”.

In another key commercial arrangement in September 2020, Socar Trading - the international marketing and development arm of the State Oil Company of Azerbaijan - chose Komgo in order to improve the security and transparency of data, streamline paperless flows, and secure communications with commercial and financial stakeholders.

At the time, Socar said that the Komgo network provided them with several advantages, which it categorised as:

●      It is simple - Socar Trading and its banks can transact using the same secure software.

●      It is efficient - documentation and data are shared directly between the Socar Trading and its stakeholders.

●      It is secure - Komgo’s encrypted messaging software ensures that data cannot be manipulated or lost. Only chosen participants can view the details of Socar Trading’s transactions.

Sanan Mammadov, CFO of Socar Trading, commented: “The implementation of Komgo is a very important milestone for Socar Trading. The Komgo network enables both treasury and trade finance teams to communicate securely with the banks, to track all information related to transactions and share this with all the parties involved - mitigating risks, gaining greater transparency and efficiencies, and strengthening trust with our business partners.”

In another significant development for the commodity sector, in February this year Geneva-headquartered Covantis announced the launch of its blockchain platform for post-trade agri-commodities execution.

The beginnings of the company go back to 2018 when a group of leading agri-traders - ADM, Bunge, Cargill, Cofco, Louis Dreyfus Company and slightly later Glencore/Viterra - came together with a goal of employing cutting-edge digital technology to modernise global agricultural shipping transactions for the benefit of the entire industry.

In February, the company said: “The platform’s initial scope covers the shipment and execution of bulk commodities such as corn (maize) and soybeans from Brazil to any worldwide destination, optimising export trade execution processes by connecting shippers, traders and charterers.”

The Covantis platform is designed to reduce risk and increase efficiency through a lower turnround time from bills of lading to cargo discharge, reducing both the working capital requirement and the risk of additional costs.

The company says its long-term goal is to digitise the execution process for international agri bulk commodities, from contract management to vessel finalisation. Initial targets are improving transaction speeds by up to 70%, cutting error rates by 80%, and reducing rekeying data by 90%.

At the virtual Covantis Q2 2021 quarterly product update, CEO Petya Sechanova said that the company’s total market is now quite large – with a network of 500 users and 50 legal entities across the world. She added: “We are focusing on improving efficiency in agri-trade and to achieve the digital transformation of the agri-commodity sector.” She added: “We are focused on traders, buyers and sellers, banks, brokers and third-party service providers.”

Following the successful rollout of the platform in Brazil, where she noted the company started with soy, it was now moving on to corn. Some 45% of all Brazilian soybeans are now done through Covantis, she noted.

One of the key areas targeted for growth was to grow the trading firm network in order to maximise data flows for Covantis she explained. While for now much of the focus was on the origination side of the market, in future more emphasis would be placed on the destination (the buyers) side of the market during Q3, she revealed. The second half of the year will also see some technical enhancements including document workflow features and processes to help standardisation and efficiency through the supply chain.

In terms of geographical spread, Sechanova said that their next target market was the US which they would expand into later this year. In early 2022, Covantis also hopes to move into Canada.

After that she said target markets would be Russia/Ukraine, followed by Argentina and Australia. And ultimately, sectors would not solely be confined to agri – with the hope to also move into oil and refined  products, then LNG, followed by metals/mining and timber. Ambitious indeed!

Deal analysis: Cote d’Ivoire hospitals project secured through landmark UKEF financing
UKEF support has been highly instrumental in securing the project financing for the construction of six hospitals in Cote d’Ivoire. The deal is the largest yet for the UK ECA in francophone Africa....Read on here

Aramco eyes retender for Jafurah cogen
Saudi Aramco is eyeing up a retender for its Jafurah independent steam and power plant cogeneration project. The tender, for a scheme with a range of.....Read on here

Myanmar invites advisory bids on KPEZ and seaport project
Myanmar has invited bids to provide legal services for the China-backed...Read on here