ECA strategy: Can US EXIM raise its global game?

The most recent edition of US EXIM’s Competitiveness Report makes plain that although US EXIM medium- and long-term support has grown since obtaining a quorum in 2019, much more must be done to advance America’s export competitiveness in an era of volatility and crowded competition. 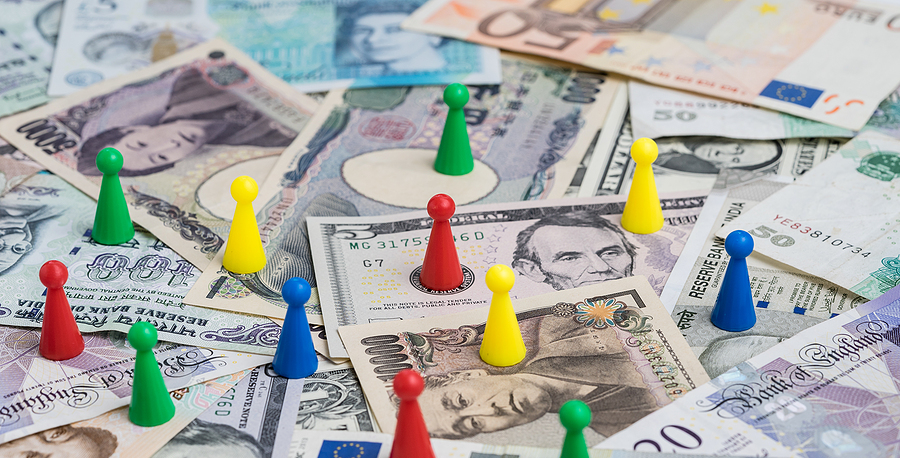 Released at the end of June, there were few surprises in the focus of the 55th edition of US EXIM’s Competitiveness Report – in short, climate change and US exporters facing increased competition from Chinese companies backed by historic levels of their government’s financing. But if the focus was no surprise, the wider scope of the challenges facing US EXIM was.

The key point is that China is not US EXIM’s only problem. By not complying with OECD rules China has induced other countries to follow suit, skewing the competitive landscape. Indeed, many European ECAs have extended and developed their pandemic flexibility, offering new and innovative support for domestic and foreign exporters that don’t necessarily meet the terms of the OECD arrangement. As such US EXIM faces considerable challenges facilitating a level playing field.

In parallel and with some degree of overlap, US manufacturers of energy transition technologies (most notably, solar PV) have struggled to manufacture their goods entirely within the United States and among ‘values aligned nations’, with key inputs such as critical minerals and key parts only available through China. As such, a competitive and innovative US EXIM is not just a tool for supporting domestic industries but realising national strategic goals, whether energy security/transition or combating the influence of its chief geopolitical rival.

From millions to billions

Taking a brief look at TXF data, in 2021 US EXIM backed 17 deals with a combined volume of just over $2.1 billion, with aviation making up the bulk of these deals ($1.2 billion across 11 deals). This was an increase on the 12 deals of 2020, but an overall lower volume, mainly due to the $15 billion Mozambique LNG project financing in 2020, to which US EXIM provided a $4.7 billion direct loan.

While this is a far cry from the low point of 2017, when US EXIM backed just six deals totalling $60 million, it remains significantly below fellow ECAs, JBIC ($12.1 billion across 54 deals), UKEF ($9.8 billion across 35 deals) and Bpifrance ($8.9 billion across 37 deals), the top three ECAs by data by volume.

To put this into perspective, the US, with the largest and most technologically powerful economy in the world, exported a combined $1.74 trillion of goods and services in 2021 according to the IMF, which is over three times that of the UK’s $468 billion. US EXIM’s report is not blind to this fact and pays particular attention to the innovations of the ECAs of countries that have industrial policies that centrally include export credit as a key strategic tool. This includes OECD nations, like France, Germany, and particularly the UK, which have all taken significant strides towards leveraging export credit and other key tools as part of more focused national industrial strategies.

US EXIM is under no illusions that it is on a level playing field with rival ECAs, and the report doesn't shy away from the fact that US EXIM has its hands tied by political deadlock, legacy bureaucracy and self-imposed terms few other ECAs would be content to abide by. The report plainly states that If the US is to face down Chinese competition, US EXIM should, at the very least, provide financing that is competitive with OECD ECA peers. This requires a great deal of flexibility, a word not usually associated with US EXIM.

In this year's Export Finance Research report flexibility was overwhelmingly cited by borrowers and buyers as something ECAs could build on further after they demonstrated an impressive level of flexibility during the pandemic. ECAs extended the deadlines on their emergency support (e.g., working capital, supply chain finance, and domestic programs), with many of these support measures becoming permanent. For example, most ECAs have now moved to covering 50% of local costs for deals, whereas US EXIM still adheres to the outdated OECD ceiling of 30%. US EXIM is behind on implementing both the local cost changes as well as the temporary decreased down payment requirement from the OECD, which is leading to a competitive disadvantage. US EXIM recommends that to compete with China, US EXIM should offer the OECD minimum and maximum terms, including for the maximum local cost support and minimum down payment allowable.

Moreover, some ECAS are now offering a more liberal approach to local content. US EXIM’s medium- and long-term content policy is challenging for exporters to meet. So much so that US exports are now being supported by foreign ECAs, not because US EXIM is not able to do the deal, but because exporters prefer working with the other ECAs that take a more holistic approach to content and that employ flexibilities US EXIM will not.

A US based major exporter, with experience working with a number of ECAs and borrowers, gave TXF their take on the challenges and opportunities for US EXIM: “As an American company we want to do as much as we can with US EXIM, but the biggest challenge that we have is around the content rules and eligibility procedures. US EXIM will only finance US content. And when you only have a supply chain that perhaps has, in any given instance, 30% or 40% US content, that can make it hard to give the borrower a loan at an amount that is interesting and doesn't require other liquidity sources to get their projects built.

“One of the things I'd like to see is for US EXIM, rather than taking the approach of only financing US manufacturing or US services content, create incentives for having more content come from US supply chains, but not necessarily eliminating any non-US content from the financing package.

“It will require new policies to be written at the agency level. That has historically been a challenge for US EXIM. A lot of the complaints that I hear from buyers are the eligibility rules. In particular for US Exim, some are incredibly strict and many of them simply were created during a time where you had significant domestic production in US supply chains. we don't see as a major vendor selling into projects around the globe, we simply just do not have large concentrations of production in the US.

“When we are instructed by a buyer/borrower to maximise our US supply chain to be as eligible as possible for US Exim financing because they like the economics, unfortunately, the nominal costs of using that US supply chain are several orders of magnitude above the savings of the loans. We find ourselves taking a middle ground where we say maybe the right amount is around 60% US content because 85% or 100% of US content just becomes that much more expensive."

Indeed, the report is particularly concerned with supporting small and medium sized businesses, many of whom form part of the supply chain of large US exporters. The report recommends an enhanced focus on transactions of $25 million, while also seeking partnerships with manufacturers in the $100 million to $2 billion revenue range, as a core part of US EXIM’s long term strategy.

The Trade Promotion Coordinating Committee (TPCC), an interagency group mandated by Congress to provide a unifying framework to coordinate export promotion and export financing activities of the US government, forms the backbone of US EXIMs effort to provide information, training, and counselling to US businesses, especially SME’s, to begin exporting or expanding international sales. It also aims to connect exporters and potential foreign buyers by providing tailored assistance and information, and providing support to US companies already pursuing international deals and identifying export opportunities for them.

Progress is being made. US EXIM reported on 1 September that it had approved 138 transactions in July 2022, totalling $147.5 million for small businesses that export American goods and services around the world. That represents an increase of $4.7 million compared to the previous month. Of the total authorisations, $33.8 million was in support of minority-and women-owned businesses, which represents a $7 million increase from June. In total, as of June 2022, US EXIM has approved around $1.19 billion in small business transactions, which account for 26% of the agency’s total authorisations.

While a significant increase in activity, US EXIM admits it has a capacity issue, and struggles to compete against larger ECAs. Opening more local offices in the US and abroad is an effective way to help small businesses in this regard, but like a great many of these recommendations, this requires more cash. As the report bluntly states: “To compete more effectively, what EXIM and other US agencies need more than anything else is greater budget appropriations.”

Full details of the $711 million financing for the EV battery plant in Indonesia and examine how the country is hoping to emerge as a major force in the EV supply chain, both regionally and globally… Read here

Korea has agreed a $20 billion deal to ship defence equipment to Poland, said to be the largest arms export in Korean history. The Korea Trade Insurance Corporation (K-SURE) and the Export Import Bank of Korea (Kexim) are offering ECA cover, and the Polish Ministry of Finance is currently sounding out banks for financing…Read here

The Export-Import Bank of Korea will provide a fund of $100 million to SQM, a Chilean supplier of plant nutrients, iodine, lithium and industrial chemicals, to help ensure a stable supply of lithium for domestic battery and cathode material makers…Read here

Singapore's ChemOne Group has made further progress on its Pengerang Energy Complex project in Malaysia. The final banks on the deal are expected to be mandated over the coming months, with financial close to be secured before the end of the year…Read here

Orhan Gunes has been appointed as the managing director (MD), head of commodity trade finance at the newly formed TradeXBank AG, based in Zurich…Read here